On World Children’s Day, EPSU supports the call for a Child Union 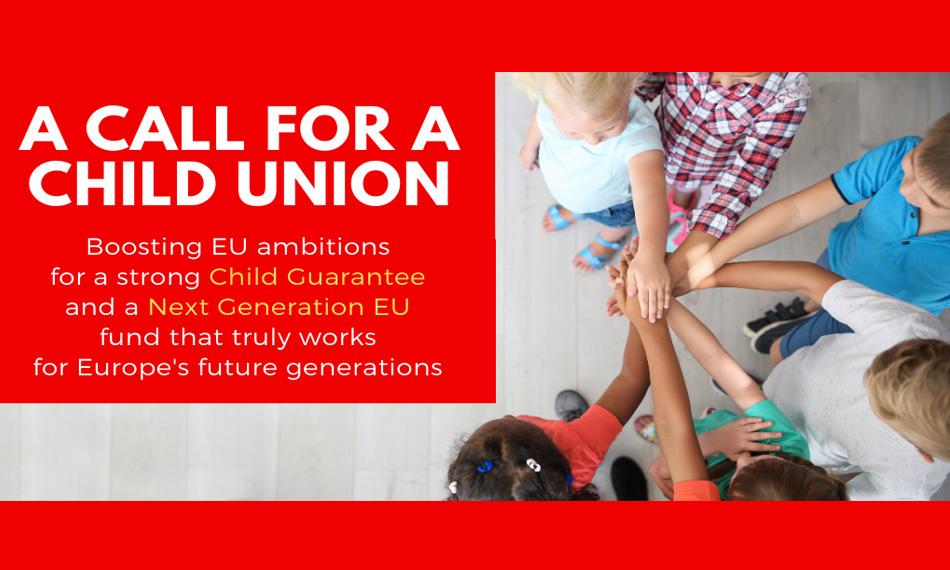 (20 November 2020) The 20th November is World Children’s Day, marking the adoption of the UN Declaration of the Rights of the Child. This year, EPSU, the trade union federation representing child care workers across the EU, has joined a call of over 320 prominent figures and organisations, for a union that truly works for Europe’s next generations.

The inequalities endured by children in Europe have been largely worsened in the COVID 19 crisis. The call today comes from those concerned about the financial difficulties facing European families in this period, as well as the disruption in educational and care services that have added an additional strain to an already worrisome situation.

In Spain, about 12% of school children are expected to drop out of distance-learning during the lockdown – nearly one million pupils. The lack of equipment, such as laptops, prevents 18% of children in Finland continuing on the same education path. Estimates suggest the absolute poverty rate among children has risen by 5-20%, with as many as 2.2 million children in Italy, and 4.5 million in the UK.

The European Union can and should act. European law should ensure the rights of the child and legal entitlements with universal and affordable public provisions and dedicated resources for disadvantaged and at-risk children. Workers in the child care sector must be paid decent salaries and given sufficient training to equip Europe’s next generation with the 21st century skills they need to succeed. This is why the call specifically demands a rapid entry into force of the European Child Guarantee and a Next Generation EU funding that truly works.

On behalf of Europe’s childcare workers, the call was signed by Jan Willem Goudriaan, EPSU General Secretary, and by Viktoria Szucs, president of the Hungarian union for childcarers and expert in the ET2020 Working group on Early Childhood Education and Care.

(15 May 2012) EPSU has joined the Global Campaign to end immigration detention of children, launched by the [International Detention Coalition->http://idcoalition.org/] on 21 March 2012 condemning the use of detention as a common migration management tool. This campaign focuses on child detention by
Migration
Dec. 01, 2015

Winning the fight against child poverty: Towards a European Child Guarantee

(1st December 2015) On November the 19th, EPSU attended the conference on child poverty organised by the Social & Democrats (S&D) in the European Parliament. Integrated approaches and good coordination between the EU and its Member States were presented as possible solutions to child poverty. {{{The
Health and Safety
Social Services
Apr. 25, 2016