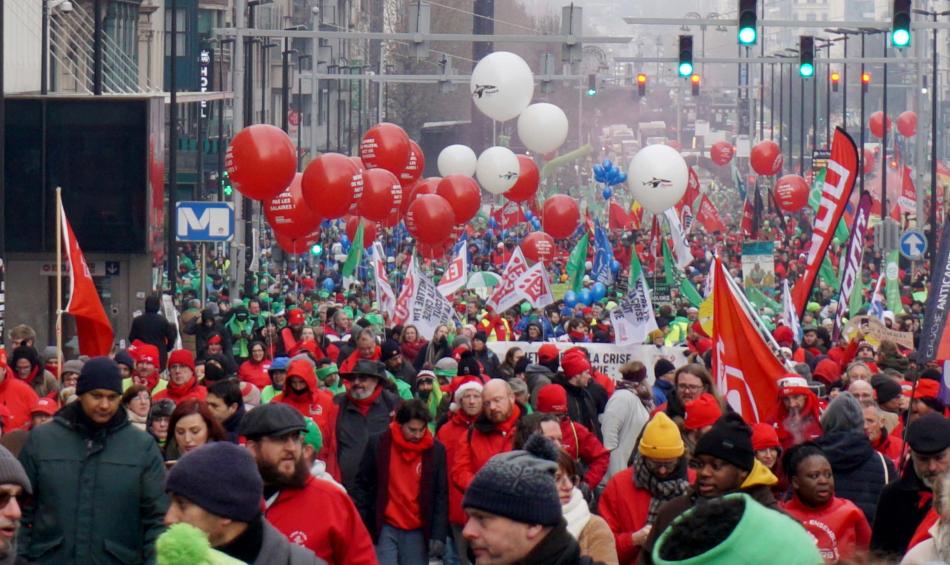 (16 December 2022) Belgian trade unions took to the streets of Brussels to call for urgent action to deal with the cost-of-living crisis.

EPSU joined an estimated 25,000 workers marched through the city on Friday, 16 December to echo calls for greater purchasing power and measures to alleviate the cost-of-living crisis. The demonstration was one of many actions taken by Belgian unions in 2022 in response to a year of escalating inflation. While unions recognise that some measures have been taken, such as VAT reduction on energy bills and an extension on the social tariff, they describe these as a “band-aid that will not stop the bleeding but delay the inevitable”.

Workers across Europe are taking action in response to the same problems. In the UK, RCN workers in England, Wales and Northern Ireland began history-making strike action on Thursday, 15 December. Health, care and ambulance workers from Unison and GMB have also taken to the streets to call for urgent pay rises. In Greece, health and care workers from POEDN went on strike for a strong public health system. Italian unions FP-CGIL and UIL FPL organised actions across regions and sectors calling for a fair budget and equal resource allocation.

These actions are only the most recent – 2022 has seen a wave of mobilisation across Europe, particularly in the health and care sectors. EPSU will continue to stand with and advocate for public service workers in 2023. 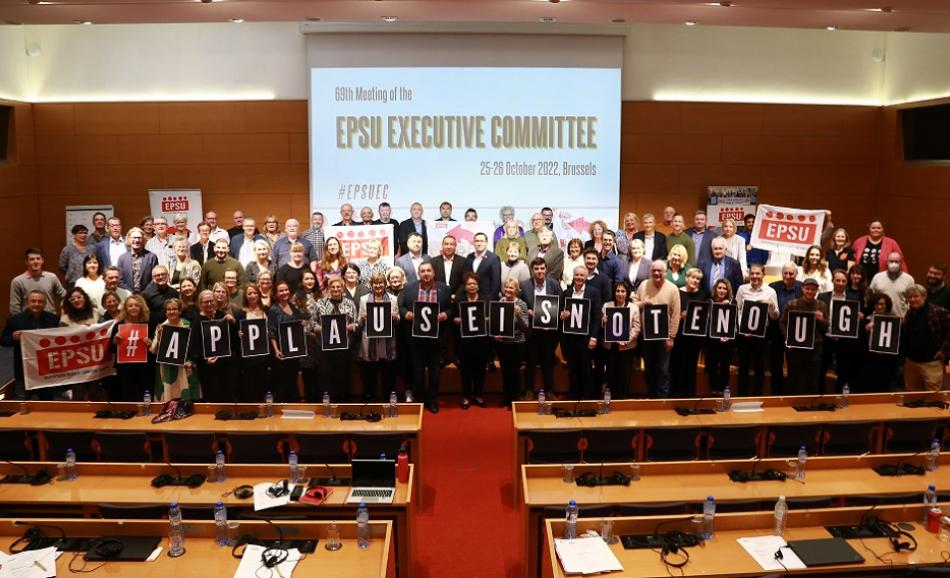 Leaders of Europe’s public service unions discussed the impact of the cost of living crisis and the impact on workers.
Collective Bargaining
Social Services