Why Public-Private Partnerships don't work, The many advantages of the public alternative (New PSI publication)

(18 March 2015) The Juncker Investment Plan to create a European Fund for Strategic Investment is aiming to use public money to get more private funding. It hopes to stimulate more Public Private Partnerships. A new publication for PSI, the Global Union Federation of public service unions, makes clear that PPPs do not deliver on their promises and are a concern for public budgets. It is therefore highly relevant for the European discussions on the EFSI to be decided upon shortly by the European Parliament.
Based on 30 years of research by Public Services International Research Unit (PSIRU) of the University of Greenwich the publication meticulously investigates cases of infrastructure and services investments and what has gone wrong. European, national, local politicians would do well to pay attention as the PPPs can wreck public budgets when corporations walk out when they are no longer profitable, or when angry people turn on their politicians demanding changes after price increases and failed services and with the private sector suing for damages after voters demand change.

The publication underlines the link with the ongoing trade negotiations (CETA, TTIP, TISA and TPP) stressing that such agreements lock in the deals, hollowing out democracy.

- EPSU webpage with research on PPPs and other forms of outsourcing

- Most recent EPSU publication on PPPs the facts and myths. PPPs are not a wonder medicine.

​​​​​​​Public-private partnerships (PPPs) are not the answer to public finance constraints. This updated briefing from the Public Services International Research Unit (PSIRU) highlights the serious financial and operational problems that have arisen with PPPs.
PPPs
Privatisation
Oct. 22, 2018 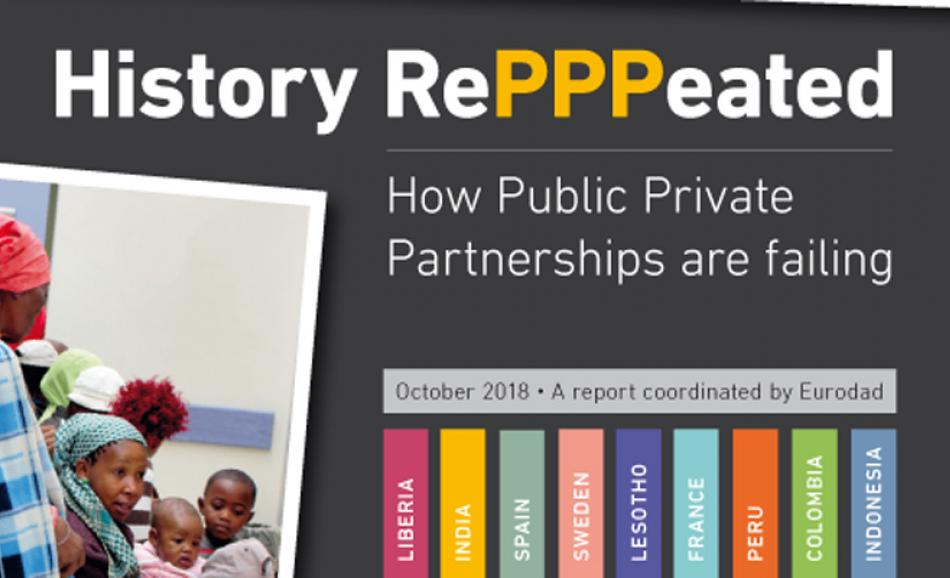