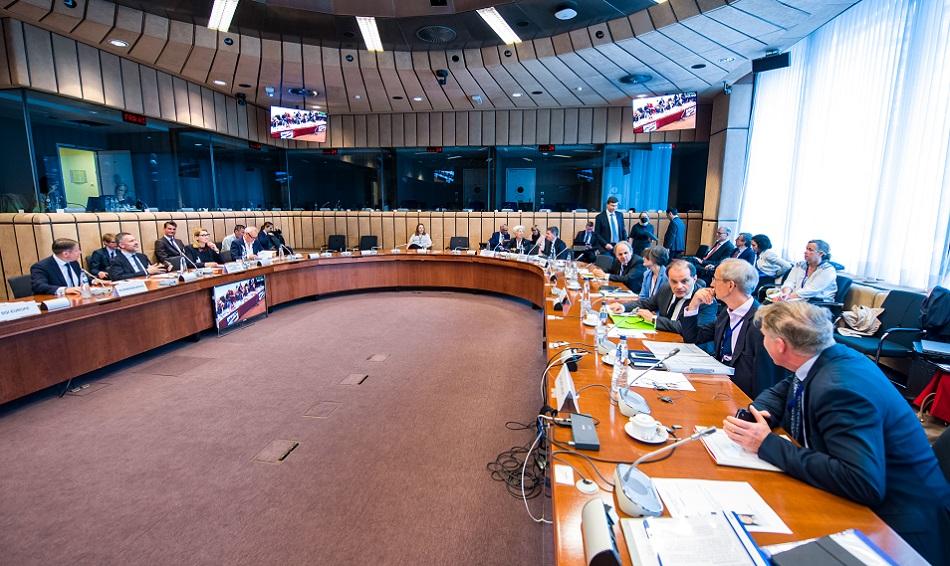 (23 May 2022) Trade unions and employers came together with representatives of the European Council, Commission, Central Bank and Eurogroup yesterday to debate the current economic situation and particularly trends in wages and inflation. This came on the eve of the presentation of the European semester package by the European Commission, the Eurogroup and the Council of Ministers of Economy and Finance.

ETUC general secretary, Luca Visentini, pointed out that wage developments in the last quarter of 2021 had been the lowest for several years, that the wage share in the economy was declining and that there was no evidence that pay increases had pushed inflation higher.

EPSU general secretary, Jan Willem Goudriaan, underlined the need for action to address staff shortages in health and care services and highlighted EPSU research that estimated that over 420,000 workers had left the health and care sectors in the last two years. He added: “Low pay and precarious work are massive problems in social care where workers feel abandoned and where there is an urgent need for increased public funding based on fair and just taxation.”

The reference to the situation facing health and care workers was noted by the chair and several other speakers, including Eurogroup president, Paschal Donohue.

The three employer organisations also took up the question of the impact of inflation and potential wage developments. Markus Beyrer, director-general of Businesseurope said: “In this context, social partners need to engage responsibly in collective bargaining on wages and help ensure that temporary prices rises do not give rise to rising inflation expectations and in turn a damaging wage-price spiral that would risk weakening medium-term growth and employment prospects.”

For the press release of the employers and trade unions, ECB, Council and Commission.

The continuing decline in public investment across Europe and the persistent trend of low wage increases were two of the main topics of discussion at the Macroeconomic Dialogue on 17 October
Economic Policy
Jul. 19, 2012
2012 July epsucob@NEWS 13

The OAO public sector trade union organisation has published data on pay developments across the public and private sectors. It notes that average pay in the state sector fell by 0.6% in the year to February 2012 - the first year of the two-year agreement negotiated in 2011. The report also notes that wage developments across the economy have not kept pace with inflation. The OAO is a coordinating body that brings together 16 trade unions in the state and local government sectors. It has produced English publications on collective agreements in the state sector and on social clauses in

(15 June 2016) With the European social partners the Dutch Presidency wanted to consider what structural reforms Europe needs. It organised an extra-ordinary meeting of the macro-economic social dialogue. It
Economic Policy
Social Dialogue