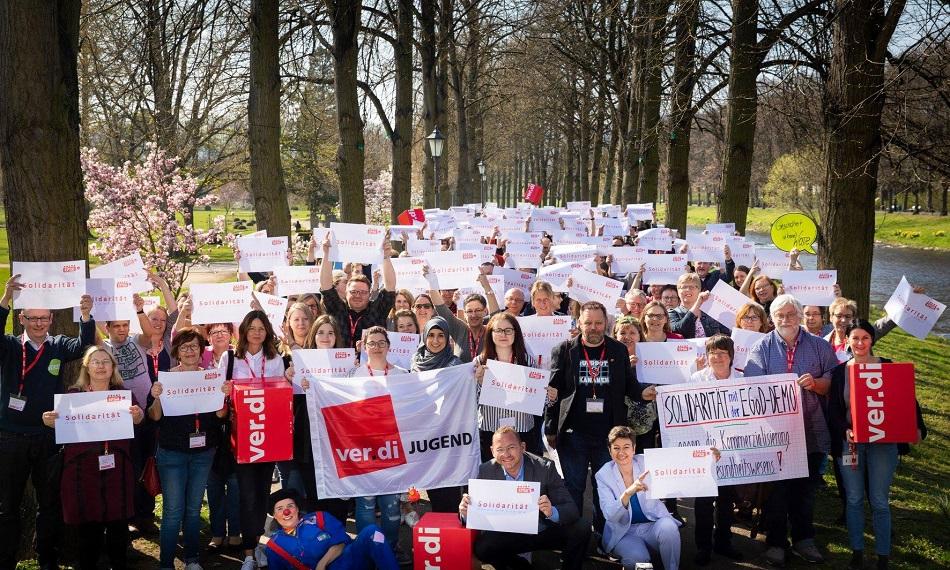 (3 April 2019) Leading activists of Verdi in the health and social services joined European actions  against the privatisation and commercialisation of health and social care. The actions are organised across Europe to express the concerns of workers, medical staff, doctors and many others to an increase in “care for sale.“ Delegates to the national conference further stood up with Sylvia Bühler, leader of the sector and EPSU General Secretary and showed their support for Turkish confederation DISK President Arzu Çerkezoğlu. She is facing trial and several years in jail in Sapanca for expressing the union positions to stand up for workers and against ruling elites. Sylvia was nominated to represent the sector in the union’s executive. You can read more about the congress of the ver.di section "health care, social services, welfare and churches" and the speech of the EPSU General Secretary in an article published by ver.di (in German).

The EPSU General Secretary further spoke at the Conference of the Verdi Ver- und Entsorgung (water, waste and energy) group. He addressed EU energy policy, climate justice, the continued right2water support and the circular economy and the role of waste amongst others. Delegates considered the results of the coal-phase out commission and the importance that government and employers implement the outcomes. It is an example of how just transition can be addressed. Delegates nominated Christoph Schmitz unanimously to become a member of the Executive following Congress in September.

The union’s President designate Frank Werneke spoke at both conferences. He called on delegates to be active to organise and to stand up for the union’s values. He called for activism to defeat the extreme right in the European elections and joined in support of the European actions against commercialisation of care.

For more on the health actions 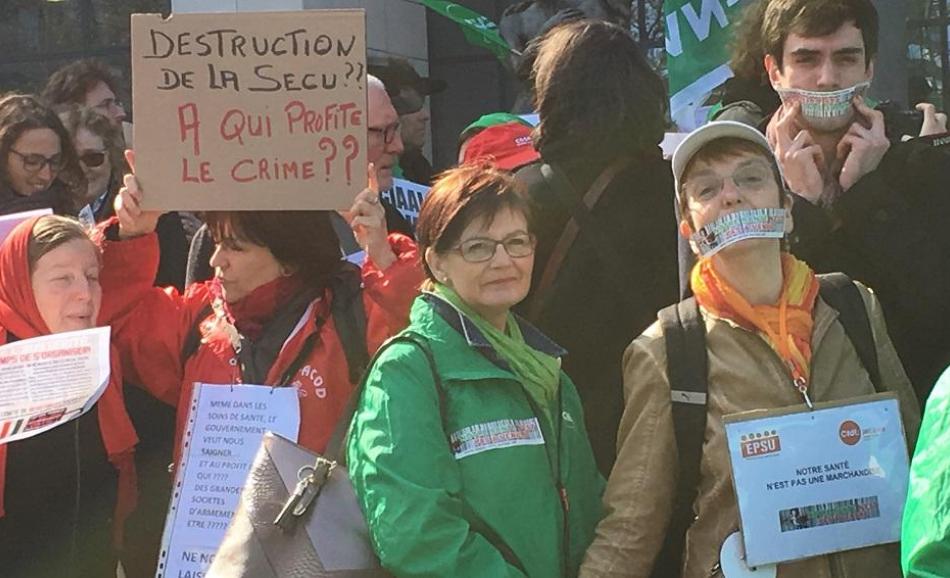 EPSU and its affiliates took part in a series of activities in support of the 2nd European Action Day against privatisation, marketisation and commercialisation within the health and social care sectors.
Health
Health and Safety
Privatisation
Social Services
Solidarity
Apr. 07, 2017

EPSU will be involved in activities for the 2nd European Action Day against the impacts of privatisation, marketisation and commercialisation of health and social care on 7 April.
Health
Health and Safety
Outsourcing
Precarious employment
Privatisation
Mar. 02, 2014

Brussels, 7 February/10 March 2014 On 7 February 2014, at a [European Action Day-&gt;http://www.gezondheid-solidariteit.be/node/265?language=fr] held at Brussels, organisations supporting the “European Network against the Commercialisation and Privatisation of Health, Social
Health and Safety
Health
Social Services