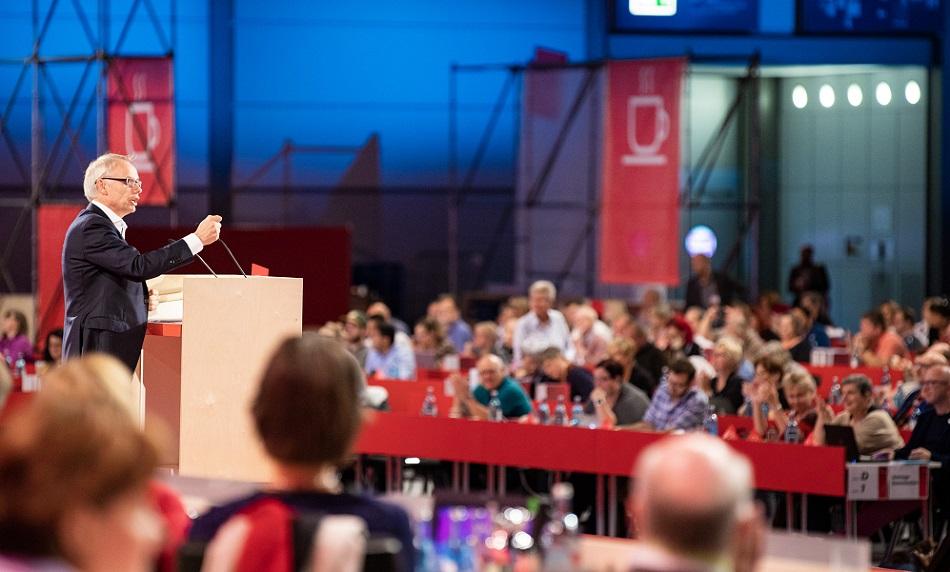 (1st October 2019) Increasing the minimum wage to 12 Euros was one of the demands that rallied the delegates to the German union’s Congress of Verdi. They came together to debate and decide the policies for the next 4 years. Main issues included the strengthening of collective bargaining, increasing membership and electing the new leadership.  Congress paid an emotional farewell to its first chairperson Frank Bsirske. Frank led the union since its foundation in 2001 and became the face of the new and progressive union.  EPSU’s General Secretary, addressing the around 1000 delegates, thanked him for the many contributions to the European trade union movement and recalled: “We need more, not less Europe, to confront the many challenges we are facing”, joining calls from Verdi and DGB for more public investment in public services and public infrastructure.

The Congress had a big debate on climate change and action. Measures to address climate change must be just and fair, and socially acceptable. Verdi was part of the negotiated solution to ensure the phase out of coal by 2038. The package contains measures to ensure fair treatment of the workers concerned and investment in the communities most affected.   Verdi will continue to support the Future for Friday strikes. These brought 1.4 million people on the streets 20 September. The union committed to support the strikes on the higher education institutes 2-6 December. Other issues debated included working time reduction and a campaign for a collective agreement to cover elderly care workers among many other issues.

Congress elected its new President, Frank Werneke and new leadership. Christine Behle, Sylvia Buhler and Christoph Schmitz will be members of the Executive of Verdi with responsibilities for members falling within the remits of EPSU and the EPSU General Secretary congratulated them with their election.

PSI’s General Secretary Rosa Pavanelli led a discussion on the extreme-right and how to confront it in a meeting organized by the Friedrich Ebert Stiftung and with participation of the international guests to the Congress. She joined the Verdi President and others in defense of trade union rights in Fresenius, the globally operating renal dialysis and other medical operations. The company has several problems.

For more on the Ver.di Congress and the new leadership

For the discussions on climate justice

and for those on minimum wage and working time 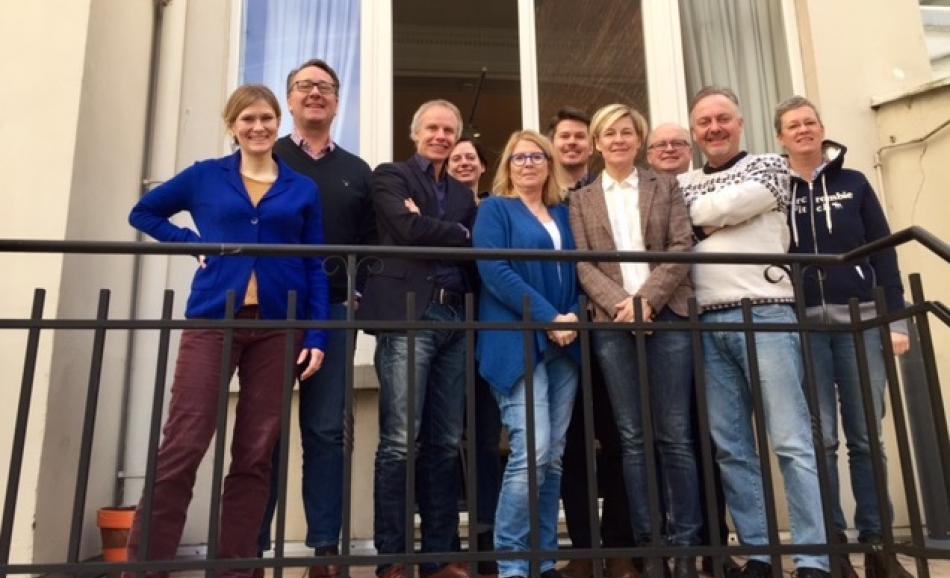 The ETUC pay rise campaign, the European pillar of social rights, trade with Canada, the consequences of Brexit and the rise of the extreme right were issues discussed.
Collective Bargaining
Oct. 17, 2014 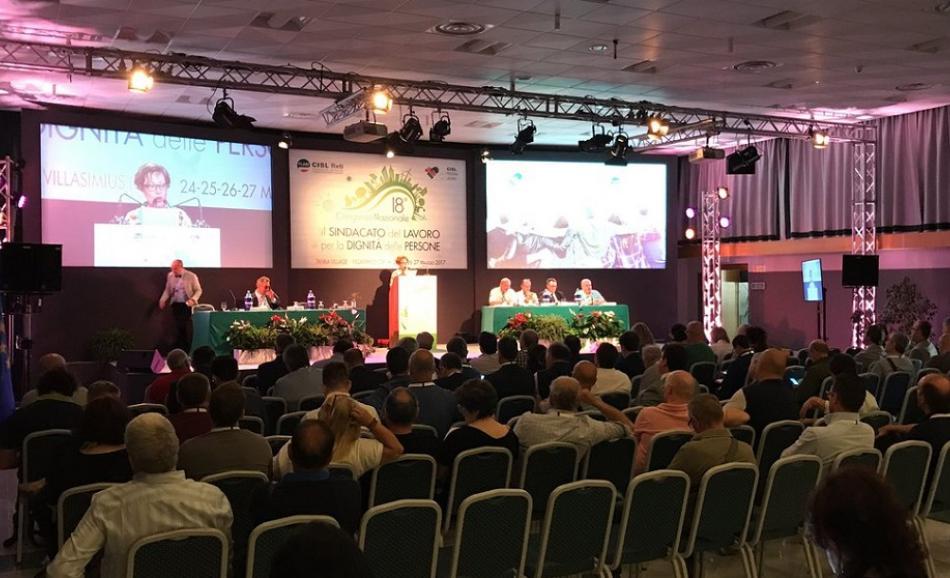