The UK Water industry: a case to answer

A lot has happened in the water industry since it was privatised in 1989. It has generated large profits that have attracted unaccountable investors who seek to squeeze as much profit as they can out of the water companies. This has led to the avoidance of taxation, the closing of pension schemes, reduced conditions of service and poor pay settlements. The water industry has a case to answer.

The main reasons why the water industry urgently needs to make changes are:
-* The sector is down to only four companies, with most of them in the hands of private equity consortia, often foreign owned.
-* More than £100 a year – 30% – of an average household bill goes on profit, compared with 9% in the energy sector.
-* In the last 10 years water bills have risen by a massive 64% compared with a 28% increase in average earnings.
-* There is no competition in the water industry, it is a monopoly.

UNISON demands the government to instigate a root and branch review of the water industry to make sure it is being run in the public interest. “Water is an essential public service that none of us can do without. It is time to call time on the situation of consumers, taxpayers and employees paying the price for this increasing largesse. We need a national debate and this report will help ensure that debate gets underway.”

Towards a low carbon electricity industry: employment effects & opportunities for the social partners 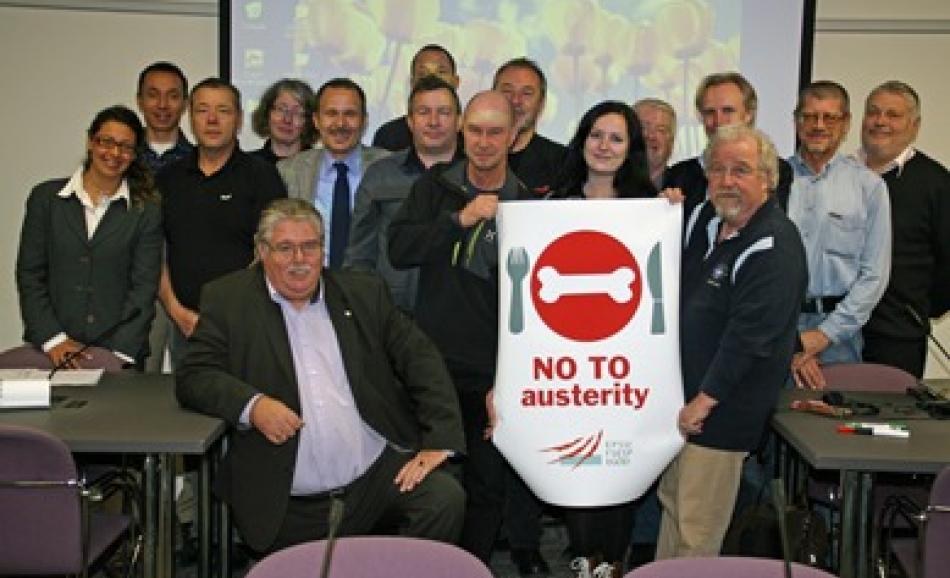 Now the successful battle of trade unions, community groups, environmental organisations and many others to fight privatisation is bearing fruit, the attention is turning to improving public sector op
Water
All PoliciesAll Policies