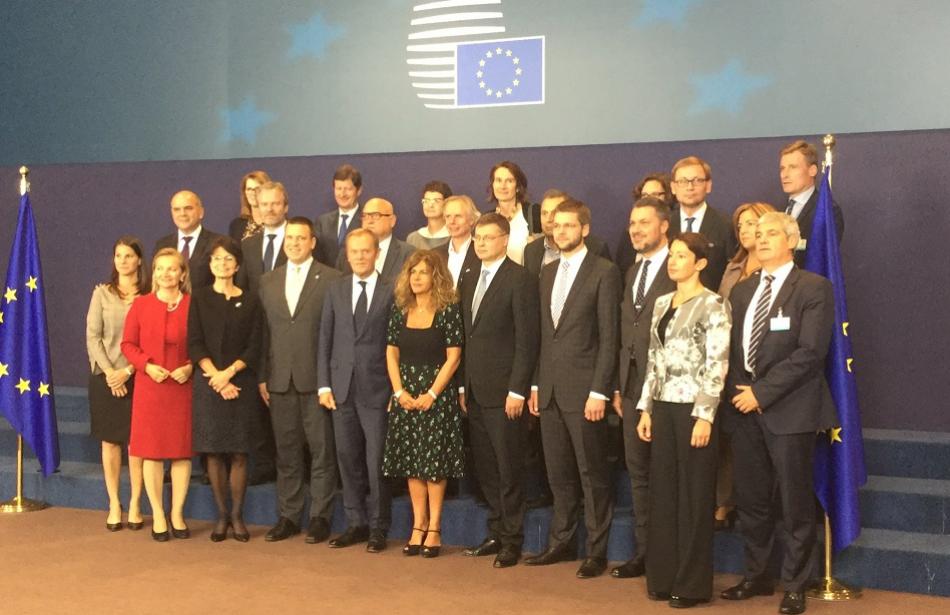 (19 October 2017) ETUC called on employers and governments to make work of wage convergence between the countries of the EU at the tripartite social summit. Workers in many countries in Central and Eastern Europe are not getting a good deal as the levels of productivity are not reflected in their wages.  A “wage convergence alliance” is a concrete way to work towards this end says ETUC.  The social summit addressed the social dimension of Europe, the impact of digitalization on jobs, the economy and society, and the involvement of the social partners in policies and reforms at national level.  The trade union delegation demanded progress with the Pillar of Social Rights and the signing of a declaration to support the pillar by governments and the European institutions during the Gothenburg summit 17 November. To be credible it needs to be followed by concrete proposals to implement it afterwards.

ETUC and EPSU underlined the importance to respect the outcomes of social dialogue and the agreements reached between the employers and trade unions. These need to be transposed in EU law when asked by the social partners in accordance with the Treaty. 9 million workers in central government administrations are waiting for the European Commission to propose the agreement reached in 2015 to the Council. EPSU’s General Secretary supported calls of the public sector employers (CEEP) for investment in public services and public infrastructure.  Many workers in public services are concerned about the lack of staff and resources and the lack of respect for their work as government do not provide proper pay rises. He noted the work in the social dialogue of the local and regional government social partners on digitalization. Not only do we need to address the consequences for workers, we also need to consider that all citizens can benefit from access and that the wealth gains are shared with all in society.

The Triparitie social summit is organized before the European Council on 19-20 October. It brings together Commission President Juncker and Commissioners Dombrovskis and Mrs Thyssen, the President of the European Council Mr. Tusk, the Estonian prime minister for the European Presidency and several ministers for Estonia, Bulgaria and due to the elections the ambassador to the EU of Austria. The employers are represented by BusinessEurope, CEEP and UEAPME, and the trade unions by a delegation of ETUC. It includes the President and General Secretary, the representatives of the unions in Estonia, Bulgaria and Austria and representatives of the European Trade Union Federations EFJ and EPSU. The summit had a minute of silence for the murdered Maltese journalist Daphne Caruana Galizia. She was working with the Maltese journalist union and the EFJ to present the work being done on the socalled Panama and other leaked tax papers and how this work is complicated and repressed by the authorities. The summit took place 18 October in Brussels

For the full statement of ETUC

For more information on the Tripartite social summit

(20 March 2015) With more than 24 million unemployed, with high youth unemployment , with growing poverty and wealth inequality in Europe, we are not out of the economic crisis, was the message of the
Economic Policy
Mar. 04, 2015

The Social Partners CEMR and EPSU discussed their input to the High-Social Summit on 5th of March 2015 at their meeting on 24th of February 2015 and call all stakeholders to reflect on the following:
Local government
Social Dialogue
Jun. 29, 2012

Another Europe summit, time is running out!

(29 June 2012) It is the 20th European summit meeting since the beginning of the crisis. Have the European leaders now accepted that austerity isn't working?
All PoliciesAll Policies