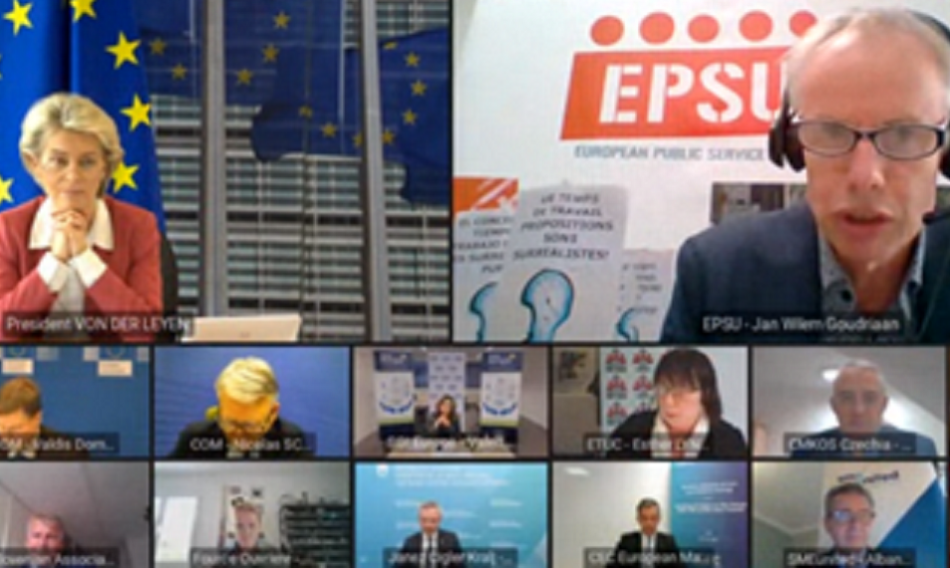 (21 October 2021) On the eve of the European Council, the tripartite social summit took place. The trade union side had a clear message: Workers have been at the forefront of the pandemic. We expect higher pay and better working conditions of workers and improvements for our communities. Social dialogue and collective bargaining deliver and Commission and Council should do more towards governments that do not involve the unions.

The tripartite social summit is a half-yearly event before the European Council meets. It brings together representatives of workers, employers, the European Commission, the Council and the Presidency. Commission President Von der Leyen and Council President Michel stressed the importance of the involvement of the trade unions and employers at the national and European levels in developing the recovery plans. The Slovenian Prime Minister Jansa and labour ministers of Slovenia, France and Czechia joined discussions on achieving a successful, lasting and socially fair recovery and social partners’ role in national recovery and resilience plans, dealing with the twin climate and digital transitions and ensuring sustainable work (including skills, active labour market policies, social security systems).  The trade union side was very critical of the lack of involvement of the trade unions in the recovery plans including in Slovenia. The work of the Social-Economic Council is in disarray due to unilateral decisions of the government regarding labour market policies. ETUC General secretary drew attention to the lack of support for the EU for the waiver of Intellectual property rights on vaccines. Amongst others, he stressed that the EU needs to continue improving investment in health and public services, not only in a situation of emergency but in a structural way, within the recovery strategies of the EU. Other union speakers demanded more action to deal with high energy prices for workers and our families.

This message was repeated by the EPSU General Secretary. He stressed we can not accept a return to austerity. European people expect more funding for and investment in our public services and social protection systems. Speaking on behalf of the combined European Trade Union Federations he underlined that there should not be debates and decisions about us, about workers, our families and our communities, without us.  He underlined that public funding should be used for quality jobs and for companies that have collective agreements and pay their fair share of taxes. The current Just transition funding is not enough - and the Fit for 55 package, Digital Market, Digital Services and Artificial Intelligence Act do not involve workers and trade unions sufficiently and do not address workers concerns adequately.  This does not do justice to the tremendous challenges before us.

For the contribution of the ETUC

For the Press release of the Council

ETUC called on employers and governments to make work of wage convergence between the countries of the EU at the tripartite social summit.
Central government
Social Dialogue
Oct. 21, 2016 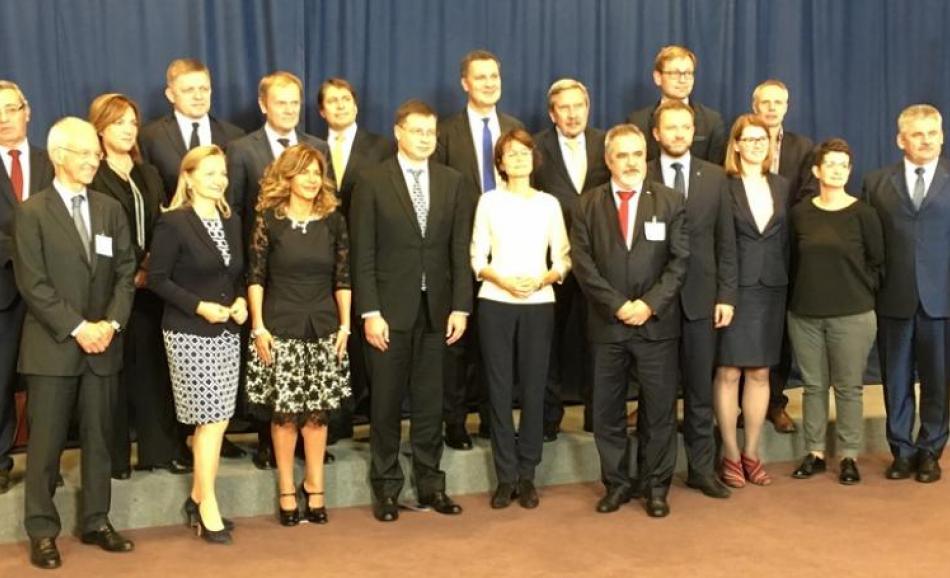 Addressing the Tripartite Social Summit for Growth and Employment, which took pace at the Consilium in Brussels on the 19th of October, Jan Willem Goudriaan, General Secretary of EPSU made a strong case for increased public investment in Europe’s public services, as had been agreed by all the social partners, in a joint communique.
Social Dialogue
Trade
Oct. 21, 2011

Tripartite European Employment Summit - is the social dialogue moving to the streets ?

(21 October 2011) The worldwide actions against the greed of bankers and how austerity measures impact on workers, citizens and communities (15 October) were a topic of concern at the
Economic Policy