Trade unions supporting democracy and condemning the coup in Myanmar

(10 February 2021) EPSU expresses its support for the workers, unions and people protesting against the military coup in Myanmar 1 February. The military arrested the President and leader Aung San Suu Kyi and others of the political party National League of Democracy. This party had won the elections in November 2020.  The military assaulted human rights, the rule of law and democracy. Health workers have been active with actions starting on the 2nd when they came out in protest. These protests have been growing. The Confederation of Trade Unions Myanmar (CTUM) strongly opposes the military takeover. Trade unions like PSI and the ITUC across the world are joining in the protests. We ask for the release of the arrested political leaders and the restoration of the parliament.  We call on governments and global institutions to condemn the military coup and arrests, cease any funding to the Tatmadaw (military of Myanmar) and recognise the democratically elected representatives as the government of Myanmar.

For the statement of PSI

For the global trade union statement

For the Statement of the ETUC 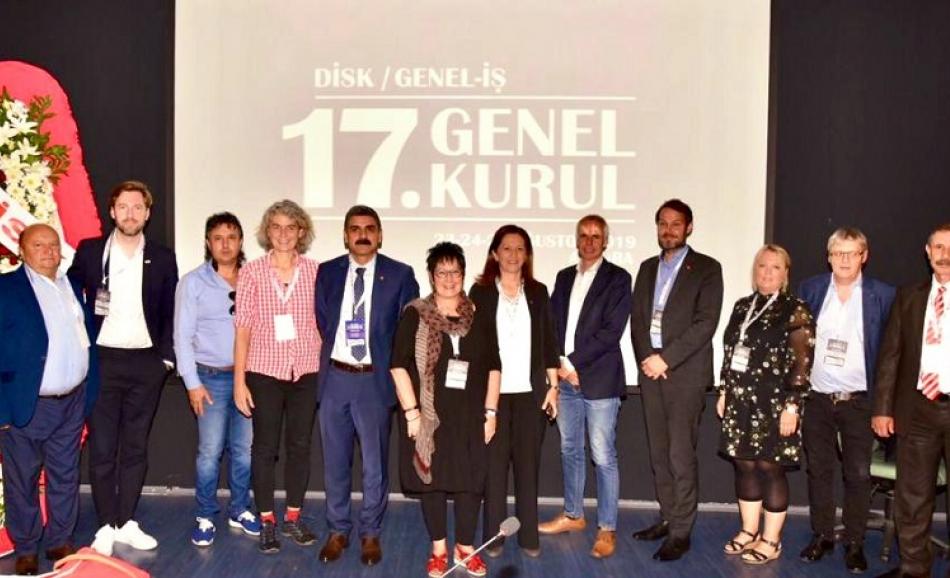 Against the background of the dismissal of mayors and the imposition of trustees in major towns in the South East of Turkey, delegates of the municipal services union Genel-Is gathered for their 17th Congress.
Solidarity
Union Rights