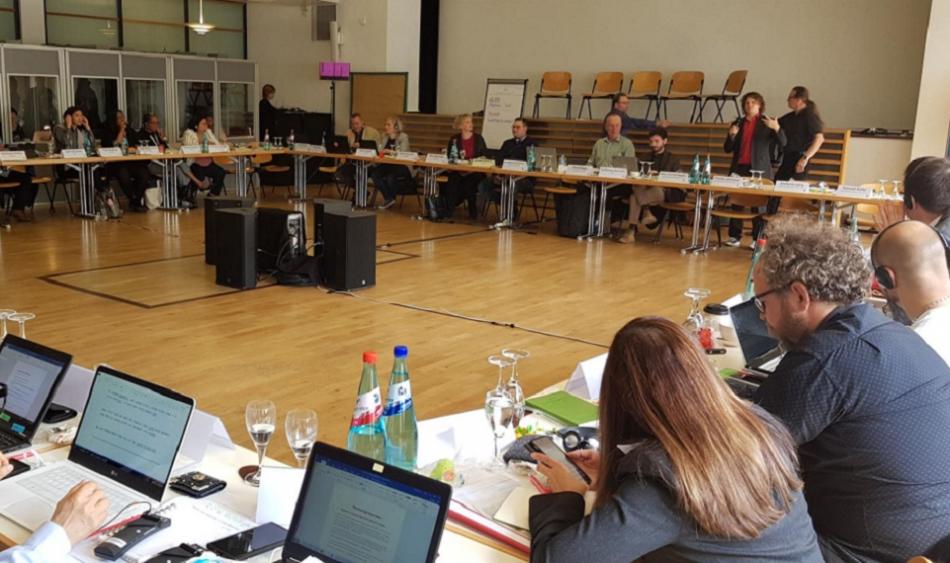 (16 May 2019) The German company Fresenius active across the global in care, renal dialysis and medical products is quickly building a reputation of a company that does not respect its workers. The trade union representing workers in the company therefore seek to work with the company to create a global framework that ensures respect for workers and their unions, and that sets the frame for the rights of workers across the company. The network was set up in parallel with the Annual General Shareholders meeting. It brings together 50 union representatives from Europa, North and South America, Africa as well as Asia. The network of 21 unions exchanged their experiences and the practices of local and national management of the company. And they build their solidarity in the face of examples of the behaviour of the company vis-à-vis it employees and trade unions.

Nearly 300.000 workers have a job in the German multinational company Fresenius (Fresenius Medical Care/ Nephrocare, Kabi and Vamed) in about 100 countries. The company has a European Works Council and union representation in its Supervisory Board. Management has been asked to start negotiations with the union coalition. The meeting was organised by the German union Ver.di, PSI and Uni. It took place 16-17 May 2019, Frankfurt. For EPSU participated the General Secretary and policy staff involved in EPSU’s company work as well as the Deputy General Secretary of PSI.

For the press statement of PSI 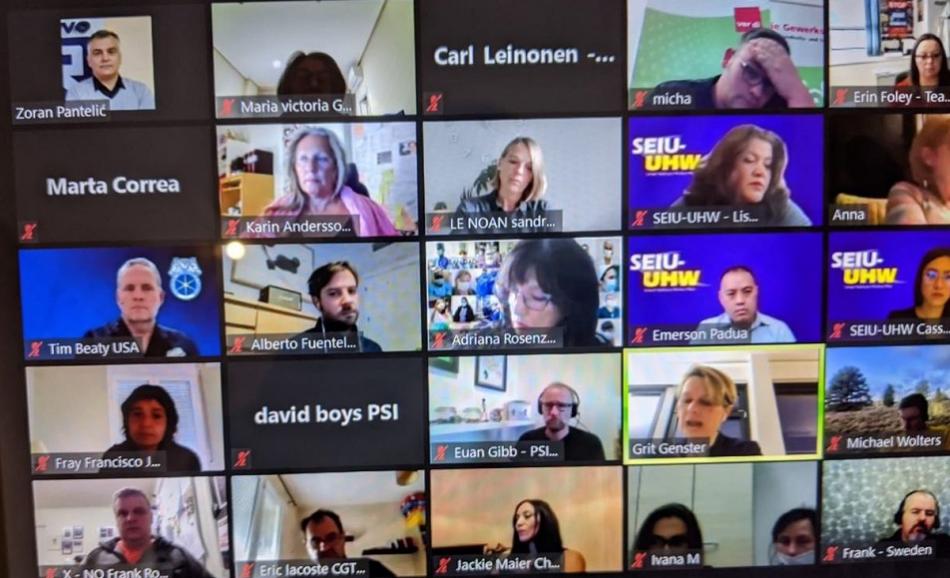 (April 2017) The International Labour Organisation has issued new guidelines for multinational enterprises. The revision has added to the longstanding ILO declaration by adding principles addressing specific decent work issues related to social security, forced labour, transition from the informal to the formal economy, wages, access to remedy and compensation of victims. The principles have been agreed with employers, trade unions and governments and set out responsibilities for public authorities.

(1 February 2017) EPSU is the European organisation that brings together trade unions organising workers in social care, whether that be private for-profit, not-for-profit or public. The sector is changing
Company policy and EWCs
Social Services