Together we make the difference: Danish FOA’s Congress stands up for workers, public services and people

(17 November 2016) The Danish welfare state is under pressure. Outsourcing and privatization of municipal services do not give better quality. Home and elderly care companies go bankrupt. Since the government changed the rules in three years, tens of companies had to close. This compares to 6 companies in the period 2006-2012. 11.500 users, mostly vulnerable and elderly people have been effected and 1800 employees. This model has failed so said Dennis Kristensen, the president of FOA, the Danish union for public employees. Employers undermine wages and social benefits and it leads to conflict referring to the strike in DK Pleje.   He was addressing the around 500 representatives. He and other speakers sharply criticized government plans to cut taxes for the wealthy. The 1% in Denmark own 30% of assets, showing society is not as equal as often thought. Tax cuts mean fewer resources for the common welfare of people in Denmark. Government wants to freeze the number of public employees although there is growing need for more care including for the elderly and those needing long-term care.  There will be a growing number of children but if number of childcare workers remains the same they will get less attention and quality suffers. Dennis revealed the results of a survey among public employees freedom of speech. It shows how workers are prevented and even forbidden to speak up for people who do not get quality care.

The Congress addressed many other issues such as organizing workers in private social services and the importance of a critical position on trade agreements like CETA and negotiations on TTIP. New Public Management systems that are putting competitiveness and efficiency centre-stage have to be replaced by putting people and the community first.  Health and safety remains important for the union and it will seek better protection through legislation and collective agreements. Due to lack of funding and staff, violence has been increasing in psychiatric homes. FOA members have lost their lives and there was testimony of workers how deep this impacts all workers. FOA research shows that 30% of FOA members in these workplaces experienced violence. Poul Nyrup Rasmussen, the former prime minister and leader of HeadSpace providing counselling services to young people with psychiatric problems, underlined how important prevention is and the need to invest in such services and the staff with competencies to address it early on.

FOA continues to challenge the gender segregation in the labour market and expects more from employers and the government to address this. Migration is effecting Danish society and in Copenhagen more than 1 in 10 members has a non-European background. Their jobs are concentrated in cleaning, housekeeping and in care services. The union will fight against job ghettos.  A new tripartite agreement is a step to assist migrant workers to be part of the labour market. Another issue was the low pay many FOA members receive. Their wages have been staying behind and the gap is growing. Young members in FOA pushed to address precarious and parti-time jobs.

The 4th Congress of FOA  re-elected Dennis Kristensen as President of the union; it took place 16-18 November 2016, Aarhus. The EPSU General Secretary participated. 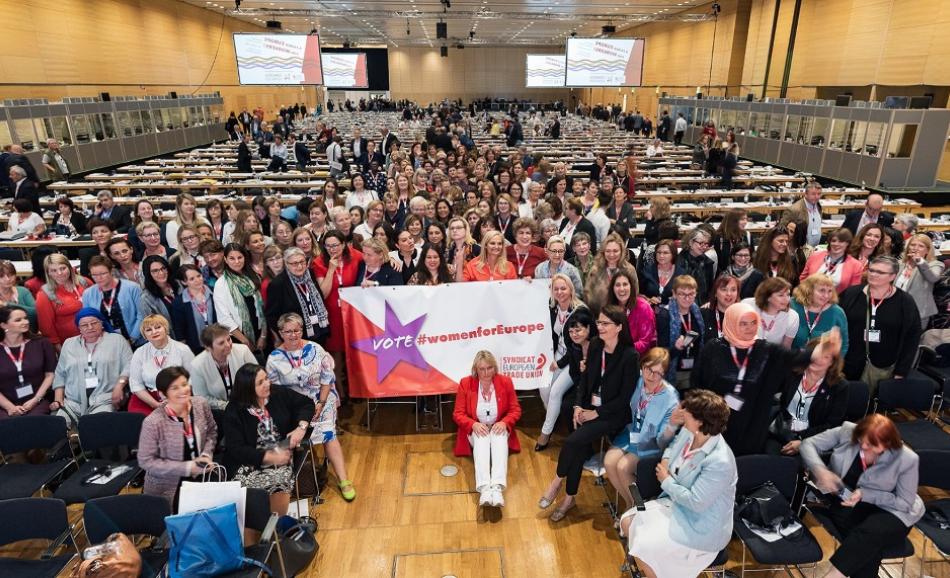 Europe’s voice for working women and men, the European Trade Union Confederation, set its priorities for the next 4 years. 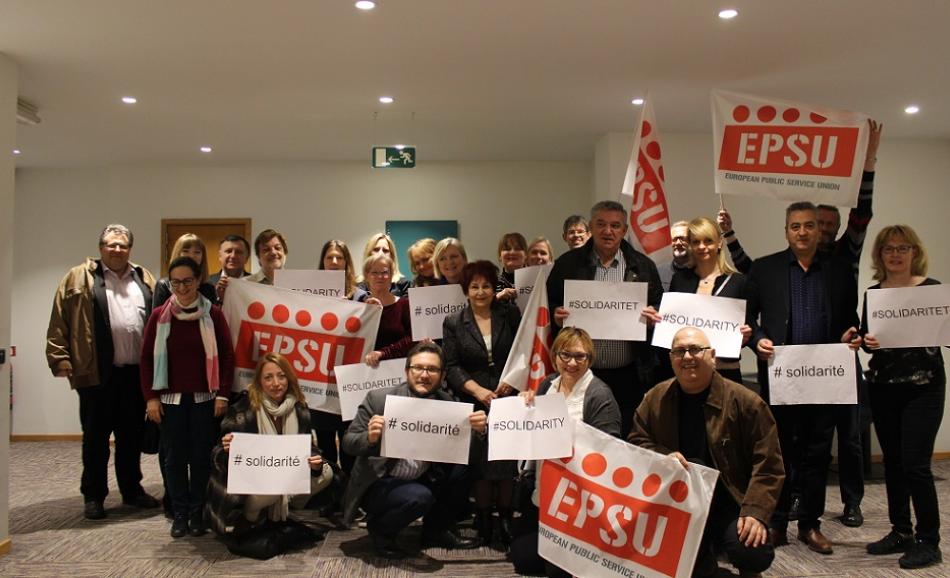 EPSU condemns terror in Barcelona. We stand with the workers and people in Spain

A terror attack killed 13 people and injured over 100 at the Ramblas in Barcelona, 17 August 2017. Our thoughts are with the family, friends and co-workers of those killed and injured.