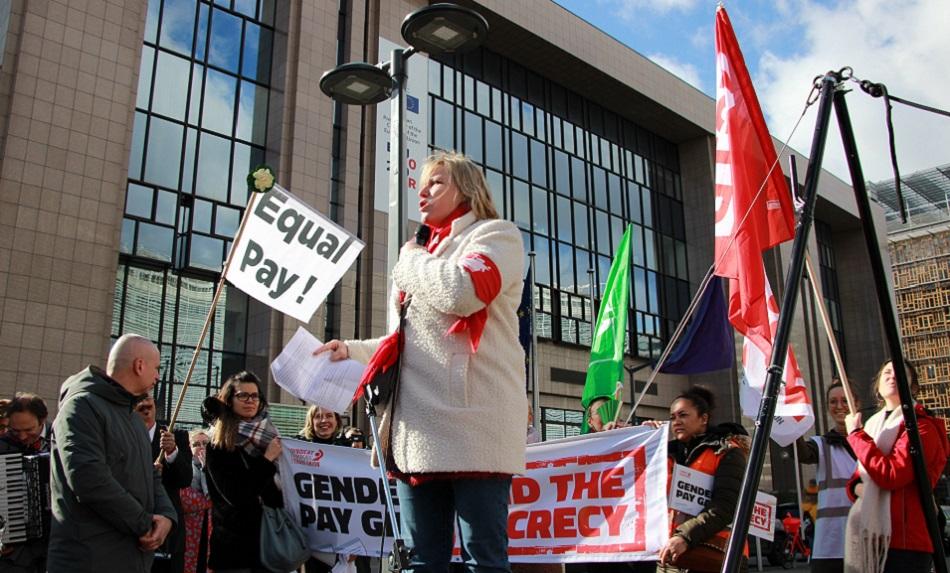 (26 February) On Tuesday, EPSU joined representatives from ETUC and other European trade unions and trade union federations in a visual demonstration to demand concrete measures to combat gender discrimination and to ensure gender pay transparency.

EPSU report on the gender pay gap in public services across Europe pointed to positive change between 2010-16 with the gender pay gap falling in education, health and social work and public administration (central and local government) and generally narrower than in the business sector.
Equality
Gender pay gap
Oct. 03, 2018