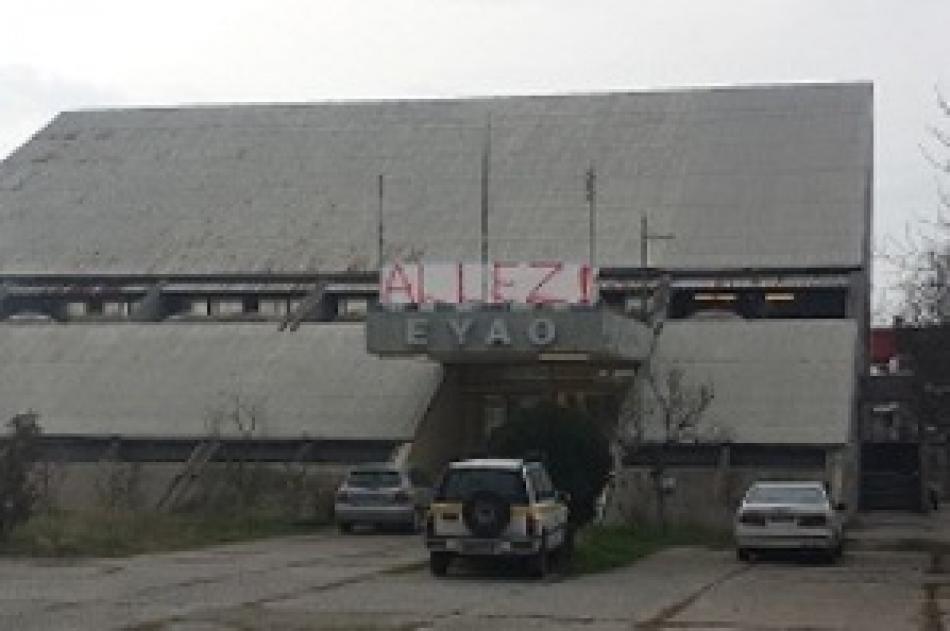 (23 January 2014) The Thessaloniki water company EYATH is threatened with privatisation, much like the Athens company EYAD. The privatisations are part of the Troika imposed austerity programme and heartily supported by the Eurozone group of ministers. On the occasion of presentations of the Greek privatisation agency HRDAF (Taiped) to investors like Suez environment the workers organised a strike calling on Suez Environment to go home, 15 January 2014.

Mayors of the municipalities burst into the room where the presentation was given and made clear to the company representatives they were not welcome while outside people demonstrated against the privatisation. Local people are pressing for a referendum. Earlier opinion polls have shown that 3/4 of the people are against.

EPSU has recently raised a number of questions to European Commissioner Olli Rehn regarding the privatisation. - Some of the infrastructure works have been paid for by European funds, and hence European taxpayers money.

Will these funds now be transferred to the private owners and are we hence supporting private companies without clear decisions to do so ?

- We also want to know more on what kind of evaluations the Commission has carried out regarding the legal and regulatory framework that has been put in place to ensure Greek people confronted with the privatisation of water services will continue to benefit from access to water services and the right to water?

- Another issue will be if the Commission can clarify if the consortium that includes the Israeli public water company Mekorot is not violating the rules the Commission has established regarding European Union funding for companies involved in illegal activities in the occupied territories of Palestine.

- And lastly we want to know if the Commission will respect the outcome of the referendum and advice the Greek government to follow the opinion of the Thessaloniki people.

(2 March 2012) Despite the massive protests of trade unions, pensioners and many other citizens, the Greek parliament ratified the "memorandum 2" mid February 2012. According to the memorandum several
Water
Jul. 11, 2013

(10 June 2013) EYATh, the water workers union from Thessaloniki thanks EPSU for our support to their fight against privatisation of the Greek water utilities. See the website in Greek
Water
Jan. 06, 2014

Municipal elections will take place in Greece in May 2014.
Water