These silent workers need a seat at the table 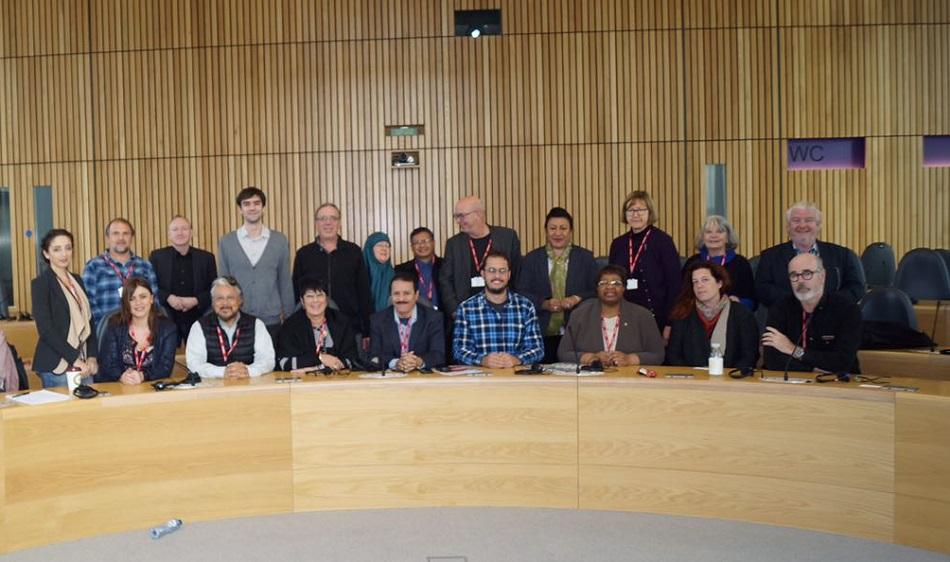 (6 December 2016)
Ruby Newbold, of the American Federation of Teachers, said these are often ‘silent workers.’ They work day in day out to maintain school buildings, assist teachers or look after our national heritage. Yet they are overlooked in policy considerations and often the first to have their pay cut in times of austerity.

Twenty two delegates from twelve countries developed strategies for how unions can learn from each other to better fight for these workers’ rights in their national contexts. They also planned how to make sure these voices are heard in international fora where education is discussed.

The meeting was kindly hosted by British union, UNISON. UNISON-organised teaching assistants are currently engaged in a struggle in several cities in the north of England against local authorities seeking to cut their pay by a quarter. The delegates extended their solidarity to these workers as well as those in Brazil and Honduras also facing difficult situations.

Five EPSU-affiliated unions were present representing Europe as well as Patrick Orr from the EPSU secretariat. He presented the problems culture workers are facing in Europe.

Back to the bargaining table in the waste sector

Trade unions and employers are set to re-start negotiations in the waste sector which has been without a new collective agreement for over a year. Negotiations broke down earlier this year after the unions had rejected what the employers' had said was their final offer and the reaction of the employers was then to make a lower offer.Read more at > FNV Abvakabo (NL)
Jun. 28, 2018
2018 June epsucob@NEWS 13

The KKDSz culture workers' union used the "night of the museums" event in Pecs in south-west Hungary to raise the issue of low pay for workers in museums, libraries and other cultural institutions. The union says that there may be scope for public sector negotiations and increases in the minimum wage as the new government prepares its budget for 2019, following discussions in the National Public Interest Reconciliation Council. The demonstration generated considerable interest in the media and support from other trade unions.

Round Table of EPSU Affiliates with Members of the European Parliament