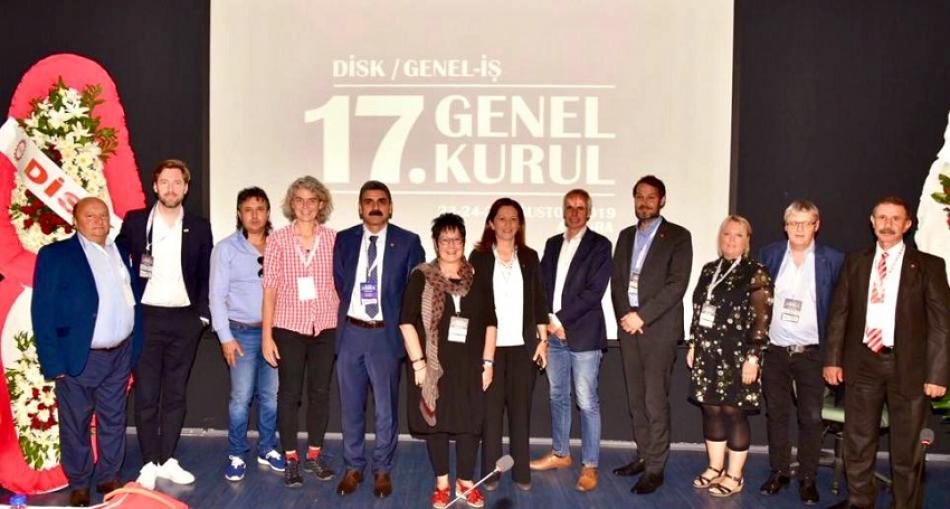 (26 August 2019) Against the background of the dismissal of mayors and the imposition of trustees in major towns in the South East of Turkey, delegates of the municipal services union Genel-Is gathered for their 17th Congress. The union is concerned about the state of public services and democracy in Turkey. It organized an international conference on Trade Union Rights and The Future of Public Services in A Global Economic and Political Context. Moderated by Prof. Gamze Yücesan Özdemir of the Ankara University, delegates went into debate with Rosa Pavanelli, PSI General Secretary, Professor Aziz Çelik, Head of Department of Labour Economics and Industrial Relations, Kocaeli University and the EPSU General Secretary. He underlined the importance of trade union rights and especially the right to strike for public service workers. This right is denied or severely curtailed for public service workers in Turkey. Quoting the UN Special rapporteur on freedom of peaceful assembly and association Mr. Maina Kiai, “…protecting the right to strike is not simply about States fulfilling their legal obligations. It is also about them creating democratic and equitable societies that are sustainable in the long run” he underlined how the Turkish government is violating international and European standards.

Both General Secretaries met with a delegation of the dismissed workers of the Aliağa Municipality of Izmir. These workers were sacked without legal grounds. EPSU and PSI expressed their continued support for their struggle. Genel-Is is further involved in a local battle to save the drinking water of the town of Canakkale – relying on water of the Kaz mountains stored by the Atikhisar dam. It is the town’s sole source of drinking water and risks being polluted by cyanide spills. The government however prefers the goldmining interests.

The General Secretaries were briefed on the state of the negotiations to ensure the millions of public service workers a pay increase and better conditions. The KESK president and leadership of the unions explained the low pay offers made, far below inflation. Workers would lose out. To underline the union is serious to get a better pay offer a walk-out is foreseen for 27 August.

The Congress was addressed by several speakers including the Presidents of DISK and KESK, political parties and human rights organization. They were unanimous in their condemnation of the interference in the results of the local elections. It undermines democracy and impacts on the working men and women in the municipalities. Speakers were frequently interrupted by the delegates. They shouted slogans for democracy and peace, in defense of working people and trade unions, against fascism and oppression. Other international delegates came from Germany, Netherlands, Norway, Roumania and Sweden

Concerns for the situation in Turkey remain high on the agenda. Apart from expressing solidarity with the dismissed workers in Aliağa Municipality of Izmir, EPSU also sent a letter to the government over the interference in the composition of the bargaining delegation of KESK, to the mayor of the town of Bolu who dismissed workers belonging to the Hizmet-Is trade union and to the President and government over the arrest of nurses in connection with assisting children and wounded people in Cizre (2015)

(11 April 2013) Turkish police forced themselves into the offices of GENEL-IS, 25 March. They were looking for people linked to a bomb attack.
Union Rights
Jul. 11, 2017 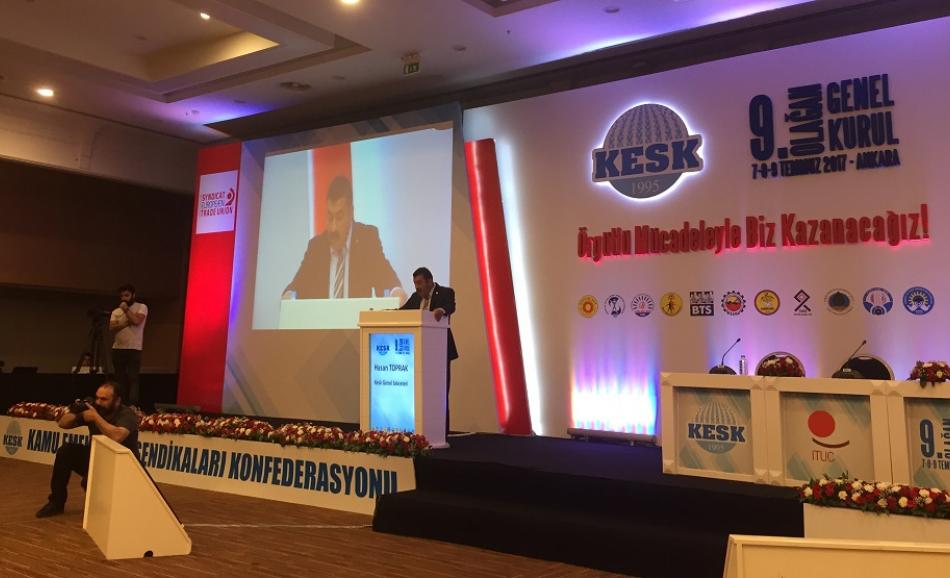 Over 30 international trade union guests participated in the 9th KESK congress that took place on 8 and 9 July in Ankara.
Solidarity
Union Rights
Oct. 17, 2016 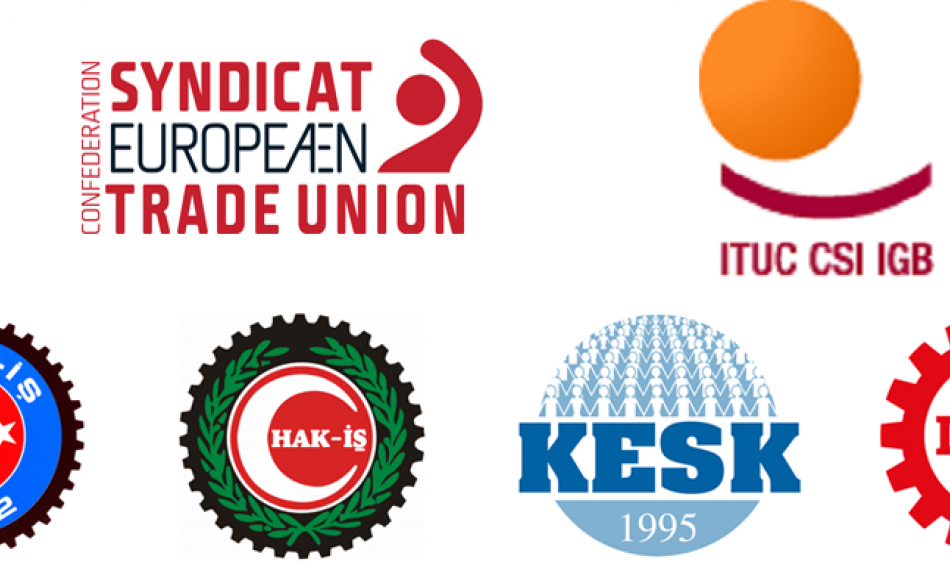 (17 October 2016) We stand in solidarity with the Turkish unions following the coup and attack on democracy.
Solidarity
Union Rights
All PoliciesAll Policies