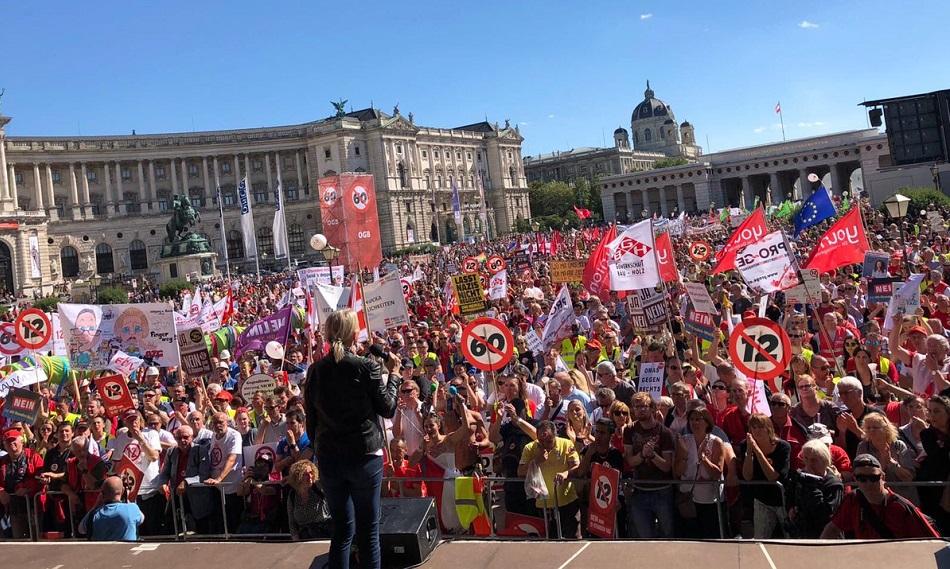 (9 November 2018) European public service unions expressed their support and solidarity with the Austrian workers and their unions at the EPSU Executive Committee 7 November. The Austrian government of the christen democratic party (ŐVP) and the extreme right party (FPŐ) has introduced changes to the working time law that allows for much more flexibility at the discretion of the employers. With the changes to the law, employers can more easily and without control of the works councils demand up to 12h of work and without overtime bonus. The changes permit employers to demand 60h of work a week. Workers know that such long hours bring fatigue and lead to more workplace accidents. Long hours have a negative impact on work-life balance. The changes hit women disproportionate. With the changes the Austrian government is responding to demands of the employers.  These changes bring risks not just for Austrian workers but also for European workers. It demonstrates the agenda of the governing parties and what possibly could lead to an attack on the European working time directive that sets standards for all of us.  Austrian workers organized massive protests and will seek to “repair” the issue in the collective bargaining round. EPSU expressed it solidarity.

The Executive noted a second problematic development in Austria. Austrian workers pay contributions to funds that provide them with an income like in the case of an occupational accident and pension. These funds have been administered at a regional level and with a strong role for the trade unions. As the christen democrat-extreme right wing governments came to power they immediately set out to change the management of these funds, to centralize the management and all in an attempt to get control over the workers’ money, and making it easier to privatise the funds. We share the Austrian unions concerns about these developments. The government needs to sit down with the unions and have serious negotiations.

Lastly, the EPSU Executive urged the Austrian government as Presidency of the European Council to do its work.  It should speed up getting common positions from the Member States on important proposals of the Commission such as on the European Labour Authority and work with Parliament on the Directive on Transparency and Predictable Working Conditions. The European Labour Authority would be a tool to combat social dumping and social security fraud by employers operating across borders. The Transparency Directive would provide better protection of workers against exploitation by employers. The proposal seeks to establish minimum norms for all European workers and to limit the flexibility of employers to push platform work and zero-hour contracts. No surprise that the European employer organisations have tried to block the proposals. They found an ally in the Austrian government that has cancelled for the first time ever a Social Affairs Council thus preventing that the Member States could reach a common position on the European Labour Authority. As the European Parliament elections are in May next year, these delays could result in a situation in which the European Parliament will no longer be in a position to agree on the final outcome of negotiations between Member States, Commission and Parliament. And hence there will be no result. The Austrian christen-democrat-extreme right-employers coalition will have achieved its purpose and leave European workers worst off. The same scenario is possible with changes to the Drinking Water Directive. The Austrian government is delaying a common position of Council. It thus prevents that with changes to this Directive the human right to water would be recognized in EU law. This was a demand of the first ever successful European Citizens’ Initiative Right to Water. The Commission proposal was strengthened by the European Parliament. Also here the attitude of the christen-democrat extreme right wing government would prevent a result that would provide rights to European people. And that is of course what the extreme-right and Eurosceptic parties want to prevent – that certain European laws do make the situation better for all in the EU.

Revealing its colours more clearly the Austrian government has announced it will not sign the Global Compact on Safe Orderly and Regular Migration. This Compact would provide UN member states with a set of guidelines that assist them in dealing with migration in a legal way based on recognition of the human rights of people migrating. The government thus seeks to undermine the position of the European Union given that it is holding the Presidency. EPSU will address the Austrian government on these points. 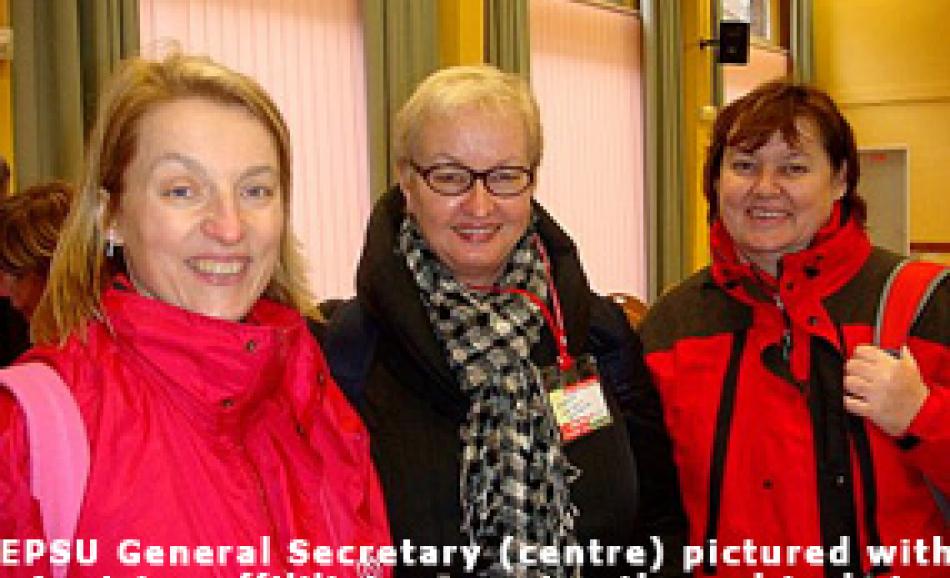 (16 June 2011) The European Federation of Public Service Unions (EPSU) is supporting a call made by different political families at the European Parliament for a different Economic Governance.
Economic Policy
Jun. 08, 2007

(8 June) Leaders of the energy trade unions expressed frustration and anger with the lack of progress on the social dimension of the European Energy Community at a seminar in Sofia, 7-8 June.
Energy
All PoliciesAll Policies