(17 November 2011) The weekend of October 28th to 30th a group of more than twenty young trade unions´ members from the Czech and Slovak Republic attended a 3 day seminar in the middle of the south Moravian countryside, the so called Cow Mountain, Bořetice, to discuss the possibilities and different approaches in recruiting and organising, ie, how to attract young workers and how to improve their skills and abilities to obtain the desired goal in their trade union work.

This seminar was organized by Czech Trade Union of Health Service and Social Care and proudly supported by IMPACT (the Republic of Ireland’s largest public services trade union with 63,000 members) and PSI/ EPSU (the European Federation of Public Service Unions). It was the last seminar of a six events project.

The main aim of this seminar was to coach young members to acquire the knowledge and ability to react appropriately in different situations such as conflict situations, negotiations and recruiting new members through strengthening soft skills - the communication skills - and to spread the “best practice“ recruitment campaigns among other young people. Organising and recruiting was a major focus of the weekend.

The improved communications skills can help with achieving a better ability of delivering of information efficiently to colleagues and newly hired staff to promote the trade union´s work. Participants were undergoing series of simulated situations during three days. Some interviews they were shot on video to provide them with better feedback on how they are reacting and performing.

The idea behind was to support formation of an active youth network of Czech EPSU affiliated young trade unionists on national level as a part of the effort already made by EPSU at European level.

It was desired to continue with such seminars to encourage young workers to become members and to actively participate on the branch level as well as to encourage them to become trade union officials later on. As well as to continue Czech and Slovak collaboration in this field. This seminar is also a part of a longer term effort of the Czech Trade Union of Health Service and Social Care towards gaining new young members. 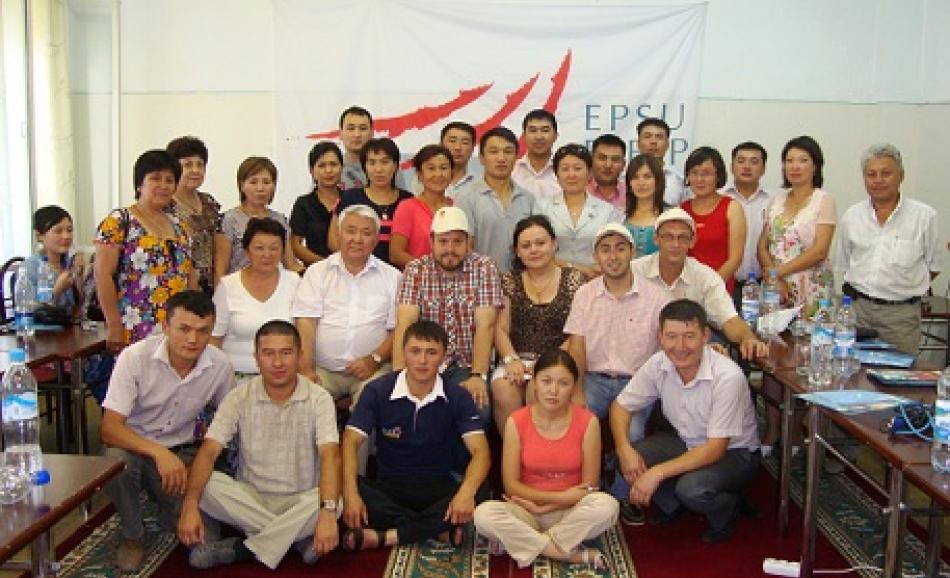 (5 September 2012) On August 14 and 15, EPSU organised a youth seminar in the Kyrgyz city of Jalal-Abad with its local affiliate, the Health Workers Union of Kyrgyzstan. About
Nov. 20, 2009