(30 April 2019) The delegates discussed the establishment of a European Works Council in ORPEA, French-based multinational company in elderly care. It employs over 60000 workers. The SNB discussed several practical and logistic issues regarding the preparation of its meetings. It further had an exchange with management over key definitions, such as information and consultation procedure, and the scope of the agreement. The meeting brought together representatives from Austria, Belgium, France, Germany, Poland and Spain.  EPSU’s Guillaume Durivaux and EPSU vice-President Francoise Geng supported the delegation which met 26 April in Frankfurt.

For EPSU’s work with KORIAN 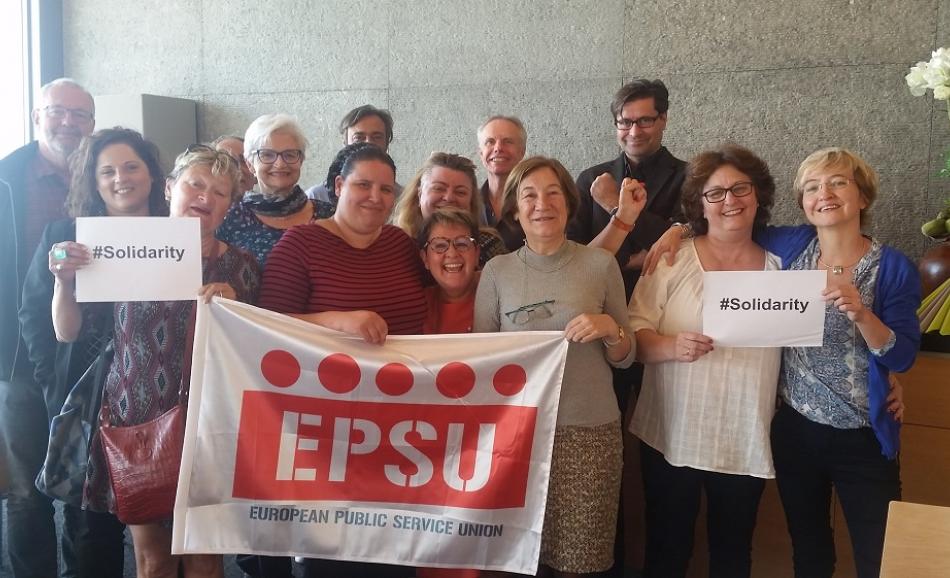 2nd meeting of the Special Negotiating Body for Suez Environment

(16 April 2013) Following the decision by GdfSuez and other shareholders to annul the shareholders pact for Suez Environment, it now needs to negotiate a new European Works Council agreement
Company policy and EWCs