On behalf of 8 million public service employees, EPSU expresses its solidarity with its Romanian civil service affiliates that will hold a protest day on Wednesday 27 October 2010.

The rally will start at 10.00 until 11.00 a.m. in front of the Government headquarters followed by a march to the Parliament which is due to vote on a motion of censure of the government on that day.

As in many other countries in Europe, most recently France, Czech Republic, Greece, Slovakia, and soon to come Portugal (6 November), Romanian affiliates continue the fight against the government’s imposed cuts in civil service pay, pension and jobs. In Romania, this follows on from an IMF-EU loan that may be shortly complemented by another one. The pay cut of 25% will simply put civil servants into poverty, as wages can be as low as 100€ per month.

EPSU calls for alternatives to austerity measures, such as tackling tax fraud, that represent hundreds of billions of uncollected Euros, fair and progressive taxation including a Financial Transaction Tax that is currently being discussed at EU and G20 levels.

In unity we stand against EU-wide attacks on public service workers who deserve decent levels of pay and fundamental right to collective bargaining, both of which are central to the EU social model.

We wish our Romanian affiliates a successful protest day. 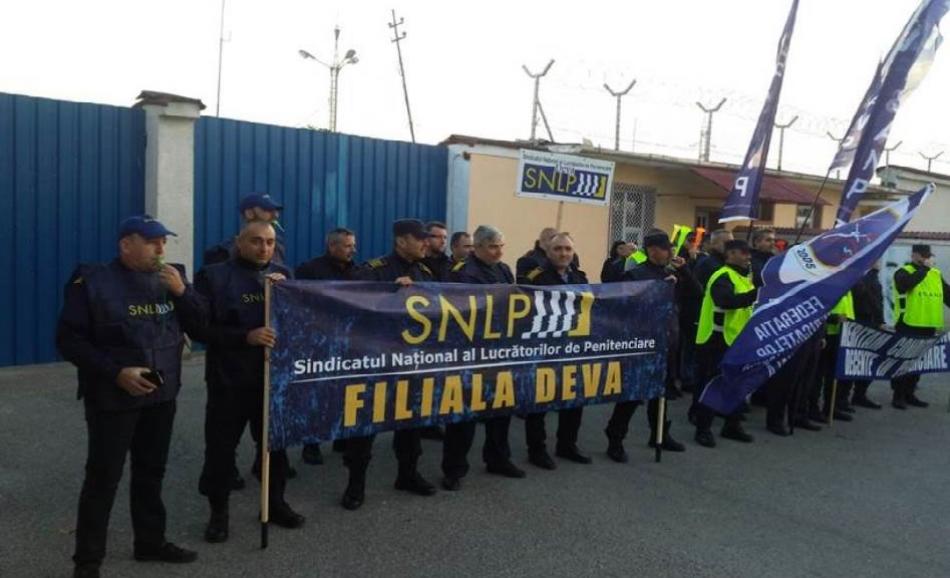 (30 September 2016) Starting this week, the SNLP, Romania’s largest prison workers union, has launched a series of protest actions over the failure of the government to compensate massive amount of
Solidarity
Nov. 29, 2011