(15 July 2015) EPSU affiliate Adedy is organising a general strike against the agreement reached between the Eurogroup and the Greek government 15 July. Adedy opposes the continued austerity imposed on Greece. The public service federation rejects the privatisation of public services and companies. The unions do not want Greece to be subject to supervision.

As the details of the agreement become clear, so does the extent of the changes that the Eurogroup want to impose on Greece. This includes labour market reform and privatisation under the control of the European institutions. Already sectoral agreements can be suspended by employers. The minimum wage has been cut. Now the Eurogroup wants to make it easier for employers to have mass lay-offs. The agreement stipulates that industrial action should be retrained. None of these measures will help recover Greece from its deep recession nor stimulate growth.

EPSU expresses its support for the struggle of the Greek public service workers and its affiliate Adedy. We wish them a successul day of action.
up
723 users have voted.
Policies:
Solidarity
Union Rights

Solidarity with Greek workers on strike!

(Brussels 26 September 2012) The European Federation of Public Service Unions (EPSU) sends a warm message of solidarity to the Greece unions on strike today September 26 against the policies of the Gr
Solidarity
Union Rights
Nov. 09, 2015

Solidarity with the Greek unions 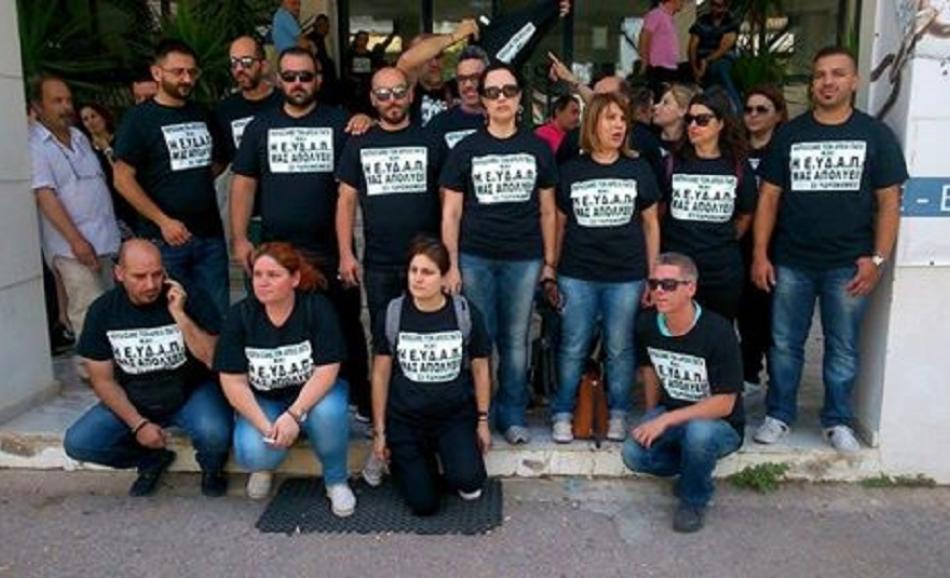 Greek Unions are mobilising against the government and the administration in a bid to protest against the recent decision to lay off 23 workers from EYDAP.
Solidarity
Water
All PoliciesAll Policies