(Budapest 18-20 March) The European Trade Union College (ETUCO) facilitated a seminar for EPSU, which was designed to create a dynamic social services network within EPSU work. The seminar set out to identify the key issues for social workers at national and European level and to identify the next steps to establish a strong European voice in the sector. The participants, from 13 EU member states, examined the changes in the sector since the last social services policy position of EPSU, which was adopted in 1998.

At European level the increasing pressures of the internal market rules to the sector were outlined. Participants recognised that central to this debate was the categorisation of social services under EU legislation. The issue of “services of general interest” and the appropriate definitions to use in their identification, were debated throughout the 3-day meeting. Participants recognised that social services are best delivered when close to the citizen, and based on idea of ‘social activation'.

The conference conclusions stated that EPSU would organise a seminar for all EPSU social services affiliates in spring 2006. This, it was hoped, would position EPSU to influence the debate on the European Commission communication on social services and services of general interest, slated for June 2005. EPSU affiliates hoped to co-ordinate their findings with the European Parliament throughout the second half of 2005.

The main issues for the 2006 meeting will be QUALITY and working conditions, and training in the sector. Specific reference would be given to migrant workers in the sector (particularly in relation to the home-care sector).

18 APRIL 2005 sees the meeting of the EPSU social services working group, which will act as the steering group for this initiative. It is intended that this meeting formulates a work programme for social services for the period 2005-2009.

(Brussels, 12 December 2011) Today a new European network, Social Services Europe, was launched to strengthen the profile and position of social services, and to promote the role of not-for-profit
Health and Safety
Social Services
Dec. 16, 2021 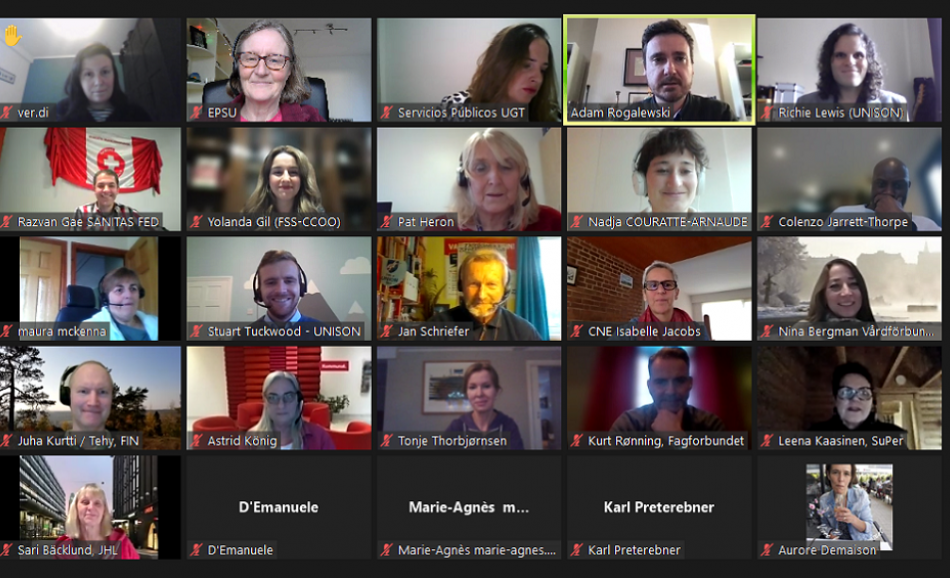 The first meeting of the EPSU Health Care Assistants (HCA) Network took place on 8 December 2021 and gathered around 25 representatives from across Europe.
Health
Social Services
Mar. 24, 2014

(24 March 2014) Today sees the official launch of a major international survey of pay and conditions in social services. The WICARE project is being support by EPSU and will
Health and Safety
Health
Social Services