(9 June 2021) The European Commission intends to publish a social economy action plan in Autumn. The cross sectoral social partners were consulted how they see the role of the social economy in the European Union. The hearing with the Director-General of DG Employment revealed that both sides are generally positive towards social economy businesses. Unions stressed among others that the social economy should not substitute for public services. The state and municipal authorities remain responsible for ensuring people’s human rights. The social economy in which large sections are financed by state budgets need solid and sustainable public finance. Austerity policies have a negative effect and prolong issues of concern like low pay, precarious contracts which impact on the predominantly female workforce. Cuts in European Social Funds undermine activities of social economy actors especially in providing care to disadvantaged groups.

Unions underlined that social economy activities contribute to realise social and solidarity based goals, which in a way we are expecting all companies should do. To be called social economy profits have to be reinvested in the company and shared with the workers. There should be sharing of power and full involvement of workers in the management and to be part of the social economy employers are expected to engage in social dialogue at all levels and sign collective agreements. This is not the case for all social economy actors and undermines what the social economy stands for.  Other issues considered concerned the state aid regime for companies that employ people with disabilities and workers’ buy-outs. Unions and as well as employers want the European Commission to fully invest in the recovery of the European economy to safe jobs and create new ones as the priority.

The consultation took place 8 June. For EPSU the General Secretary participated. Several affiliates represented their confederation in the ETUC delegation. Cross sectoral employers were BusinessEurope, Services General Interest-Europe and the small and medium sized employers SME united. The social services employers were present in the SGI-Europe delegation via national employers.

A previous article on EPSU and the Social Economy

European Commission paper for the consultation with the social partners is available for affiliates upon request. 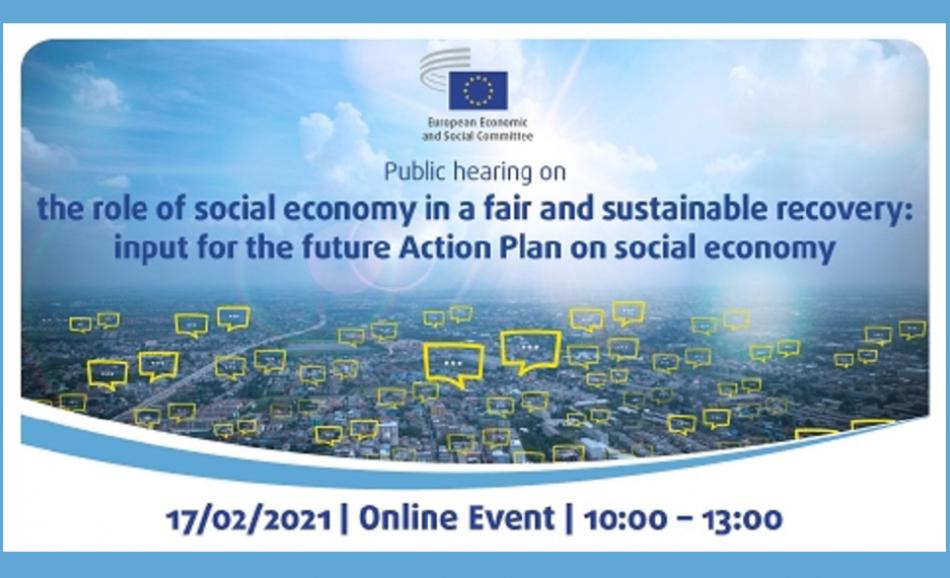 Governments have agreed that the social economy enterprises should play a role in the recovery and can benefit from EU funds.
Collective Bargaining
Economic Policy
Procurement
Social Services
Dec. 13, 2021