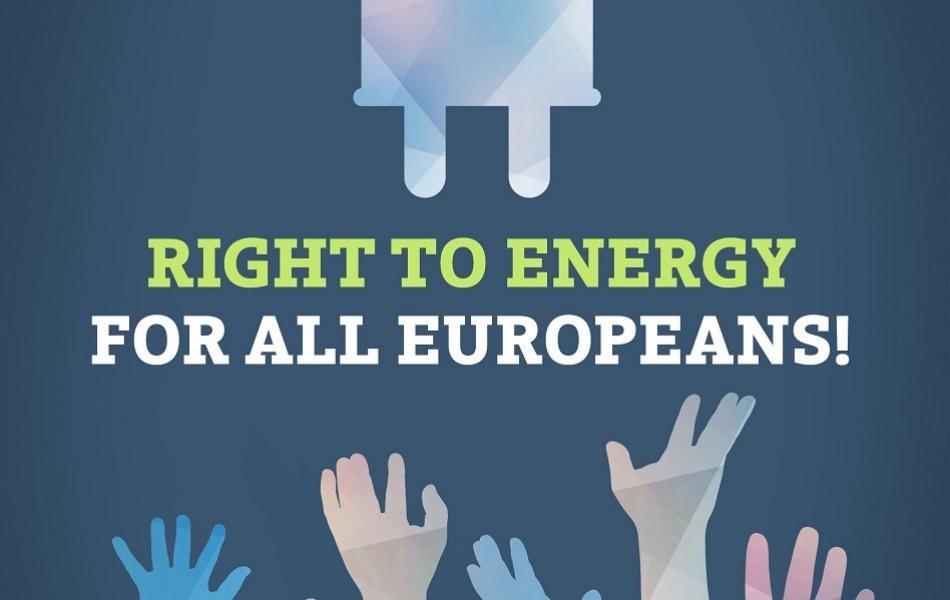 Brussels, 13th October 2021 - A “toolbox” released today by the European Commission to mitigate the impacts of skyrocketing gas prices has been criticised for putting lives at risk by the Right to Energy Coalition [1].

As energy bills continue to soar, millions of Europeans face a freezing winter - forced to choose between heating their homes or having food on the table. This will be dangerous, and in some cases lethal, for vulnerable households unless stronger emergency relief measures are put in place and the root causes of energy poverty are addressed - states the coalition which unites NGOs, trade unions and social justice organisations across Europe.

The Commission's policy guide [2] advises member states to provide targeted support and short-term tax breaks on electricity. Both of which are vital, but fall short of addressing the scale of the problem, says the coalition. Amongst the few plans at European level, an ‘energy poverty and vulnerable consumers coordination group’ will be launched in Brussels, however this lacks detail and there is no mention if it will directly include representatives from vulnerable communities.

The policy guide offers steps towards short-term relief, but has failed to deliver on MEPs’ and civil society calls for a strong EU-wide plan of action, says the Right To Energy Coalition.

Martha Myers, energy poverty campaigner for Friends of the Earth Europe said:
“Access to clean, affordable energy is a human right. It's a scandal that Europeans are left to pick up the price for our volatile, fossil fuel dominated energy system. The Commission’s policy guide toolbox is only a drop in the ocean for those living in energy poverty this winter. A commitment to provide financial support and urgently deliver subsidised renovations and renewables programmes to those that need them most is the bare minimum.”

Ahead of a summit of EU heads of government next week, which is set to be dominated by the gas crisis [3], the Right to Energy coalition has called for a strategic approach to provide immediate relief and address the root causes of energy poverty linked to inefficient housing and the neoliberal, profit-centric energy system.

Jan Willem Goudriaan, General Secretary of the European Federation of Public Service Unions (EPSU), reacted:
“This crisis of energy prices reveals the massive shortcomings of the neoliberal energy system. Governments should immediately move to ban disconnections and stop the phase out of regulated energy prices for households. Public control is now more than ever essential for a true right to energy.”

The coalition recommends an urgent European-wide ban on disconnections, similar to measures taken during Covid-19 in some countries [4], to ensure everyone across Europe has access to energy if they default on their bills. A commitment to deliver immediate financial support across all member states is also required.

The groups also urge the European Commission and member states to commit to fully subsidised deep renovation programmes for vulnerable households across the EU. Indecent housing is linked to over 100,000 premature deaths a year [5] and an invisible public health burden of over €140 billion [6]. Campaigners are calling for the European Commission to commit to decent and safe housing for all whilst reducing energy consumption in line with the European Green Deal.

They also call for a re-evaluation of our energy market to prioritise people and planet before profit. Gas companies continue to make poor families pay disproportionately more for their energy [7] leaving vulnerable people in the cold.

1 in 4 European households already struggle to adequately light, heat or cool their homes [8]. However the prospect of a crisis of unaffordable energy bills has put an urgent spotlight on the need to provide short-term relief and rectify long-term structural causes of energy poverty.

The Right to Energy coalition calls for:

(May 2016) Campaigning and lobbying by trade unions has led to some changes in the Trade Union Bill. For public service unions it is particularly important that proposals to restrict check-off (automatic deducation of trade union contributions) and facility time for trade union representatives have been watered down. Several other anti-union measures have been removed or revised. However, there are still major problems with the draft legislation, particularly, the proposed voting thresholds for strikes in certain public services. Read more at Unison.