Following a meeting of the category and territorial general secretaries, the CGIL trade union general secretariat called for an eight-hour-per-shift general strike on September 6 "against the iniquitous government manoeuvre and in order to have it changed". The Berlusconi government's austerity plan has sparked widespread criticism from unions and the opposition as it aims to attack public pension, raise taxes and cut welfare services, and to introduce a so-called solidarity tax on income higher than 90,000€ .The package will hit only those who already pay taxes.

This plan that meets the requirements released by the ECB, contains a set of 20,000 million euros in 2012 and 25,500 million in 2013, an additional action at the previous austerity plans approved by the Executive (the previous one in July and another of 25,100 million approved in 2010).

The measures aim to reduce the budget deficit to 1.4 percent of output by 2012, and to zero by 2013 but have been harshly criticized by opposition parties for hitting the weakest and poorest.

Rossana Dettori, general secretary of FP CGIL says “The package launched by the government is unacceptable, increases inequality, and impoverishes employees and pensioners, reduces the rights to citizens through the cuts in funding to local authorities, opens at an indiscriminate privatisation and liberalization of the local public services ( with the exception of water after the referendum), does not affect on tax evasion, and, once again, is heavily against public sector workers (pensions, block of benefit…).

The idea is to protest not only against the latest plan of adjustment of 45,500 million approved by the Government last August 12 and now begun its passage through Parliament, but also for the previous one ratified by Parliament on 15 July.

In the plan approved by the Government in late June and ratified on July 15 by the Parliament includes measures such as the reintroduction of health copayment, cuts in tax benefits for families as well as the progressive delay of retirement age linked to life expectancy.

The intention of CGIL is to carry out protest actions before the House to approve definitely mid-September before this latest austerity plan approved in record time by the Government after the conditions imposed by the European Central Bank (ECB) to buy its debt and reduce the risk premium.
up
590 users have voted.
Policies:
Solidarity
Union Rights

(May 7) The European Federation of Public Service Unions (EPSU) salutes the success of the Strike called by the CGIL yesterday in Italy and followed by its Italian affiliate FP CGIL.
Solidarity
Union Rights
Dec. 11, 2017 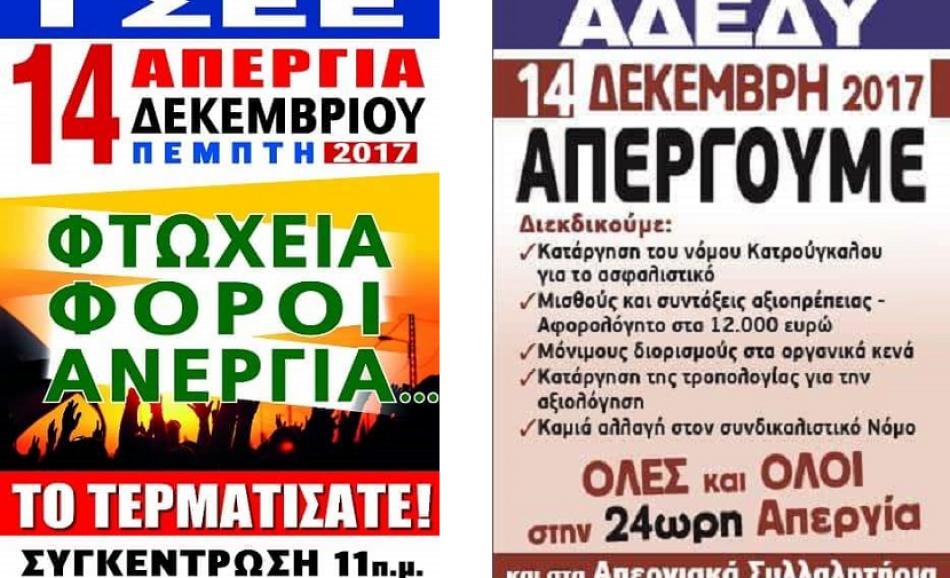 On Thursday 14th December Greek workers are marching through their cities to protest against the government proposals.
Economic Policy
Solidarity
Union Rights
All PoliciesAll Policies