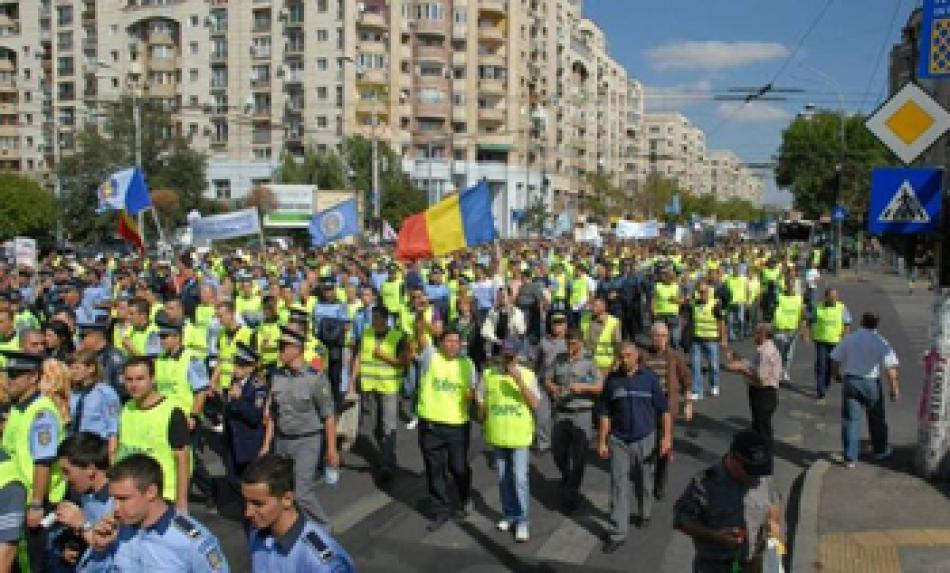 (11 October 2010) On the 22 September around 10,000 protesters from across the country, most of them members of Fratia Confederation, gathered in Bucharest. The participants were from the health, education, police, oil and gas sectors as well as other industrial sectors affiliated to CNSLR Frăţia.

The protesters’ claims included a halt in the austerity measures pushed by the government, such as: the 25% wage cuts in the budget sector, massive layoffs, changes in the Labour Code restricting the workers’ and union rights, introduction of “flexible” labour contracts, with fixed-term contracts replacing the contracts for an indefinite period of time. The unions demanded that the national collective agreements, including those concluded at a branch level, should be maintained and the minimum salary to be increased from 605 RON to 750 RON. Another demand was maintaining the pension law in its current form.

The President of Frăţia Confederation, Marius Petcu, announced that it was the last peaceful demonstration. "We’ve had enough, this country has been robbed for too long. Enough with the austerity measures, enough with the hunger and injustice ", said Marius Petcu.

The following day approximately 1,000 trade unionists from health and social services affiliated to Alfa Cartel protested in front of the government, demanding the government’s resignations. They used logos like “Without investment, health services won’t survive”, “without pay, we will leave the hospitals empty”, “you treat yourselves abroad, and the health care system dies at home”.

Two days after, more than 6.500 trade unionists from police, customs and penitentiaries marched in Bucharest, in protest against the 25% wage cuts, unpaid overtime worked, lack of logistics, increase in the pensioning age to 65 years, while statistics show that life expectancy among police staff is 62,5. As the Romanian president refused to meet and discuss with the delegation of trade unionists, the protesters decided to resume their protests on 7 October, on the International Decent Work Day. Following the protests organised by the trade unions, the minister of interior resigned on 27 September.


On 28 September, some 5,000 trade unionists from the BNS Confederation, representing workers in the budget sector, marched in Bucharest, in protest to the government’s policy. Soon we will be reporting on the big protest demonstrations in Bucharest that took place on 7 October.
up
601 users have voted.
Policies:
Solidarity
Union Rights 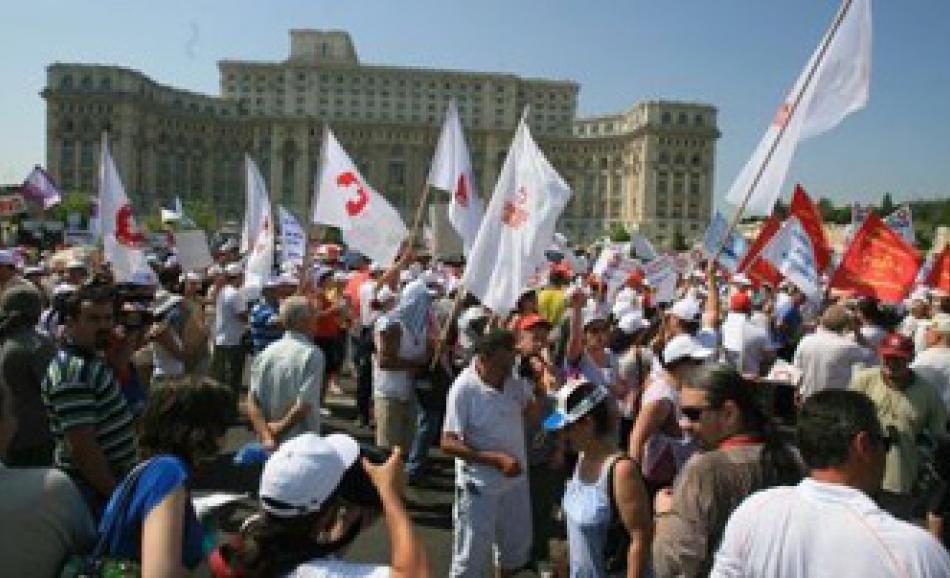