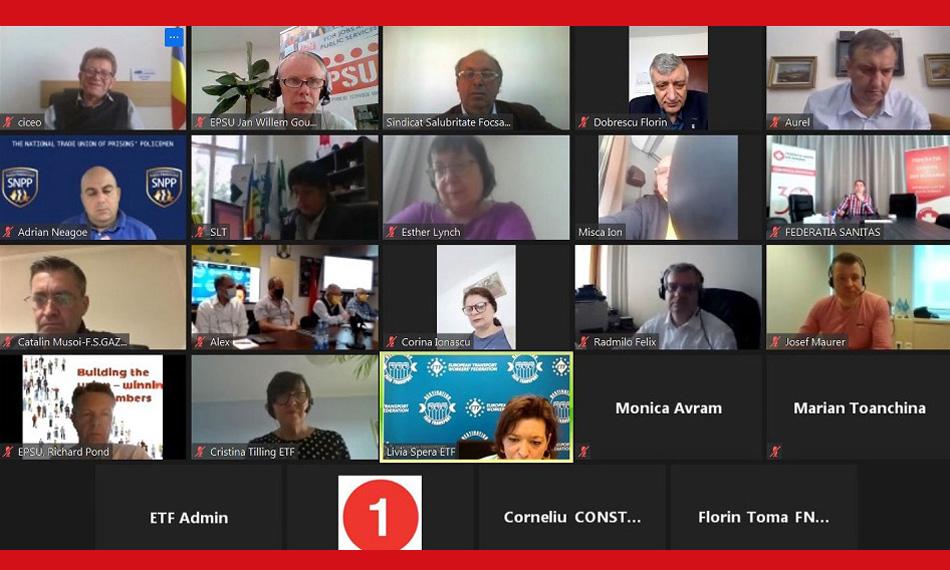 (25 May 2021) The government has proposed legislation that would weaken the unions like taxing them or taking away the check-off system. Several ministers do not engage in consultations like over the national recovery plans. Others accuse union leaders of being criminal for organizing industrial action and strikes to oppose restructuring and commercialization of public services. And the health minister does not implement the agreement with the unions to give health workers additional pay for working in dangerous situations, and for very long hours. Social workers in elderly care and who were exposed, saw many infections, hospitalisations and even deaths did not get anything. To discuss these proposals and the steps to take, affiliates of European Transport Workers Union Federation, of EPSU, the confederations and the ETUC met leaders of the unions.  We look at the various steps to expose the violations of trade union rights and union busting tactics of the government. The government should live up to the commitments in the European Pillar and the recently adopted Porto Commitments  and Porto Declaration. 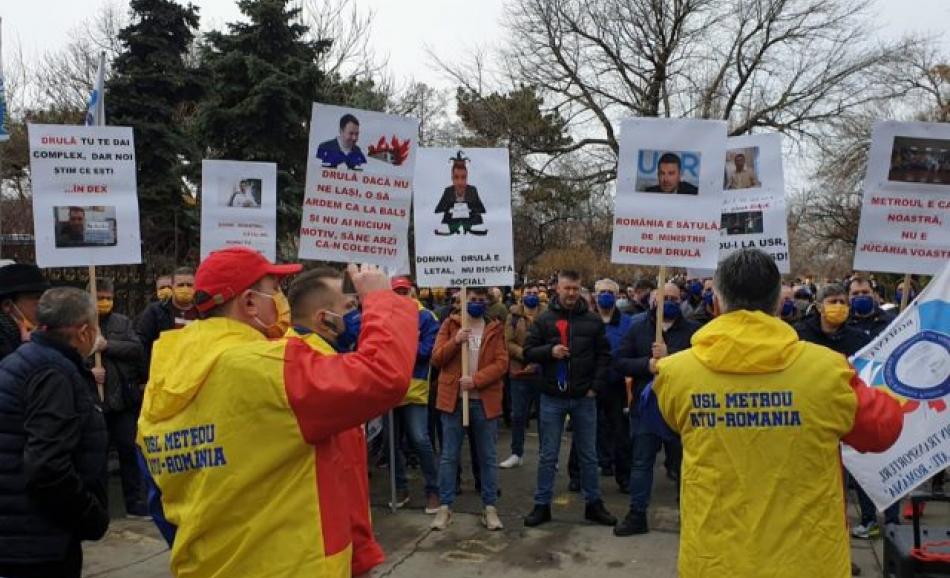 The European federations representing transport and public service (ETF and EPSU) condemn the actions of the Romanian government in what appears to be an orchestrated attempt to intimidate ETF and EPSU affiliate USLM with union busting tactics, in response to the union working to protect workers in the Bucharest metro.
Union Rights
Oct. 11, 2010

(11 October 2010) On the 22 September around 10,000 protesters from across the country, most of them members of Fratia Confederation, gathered in Bucharest. The participants were from the health
Solidarity
Union Rights
Feb. 28, 2012

EPSU, ETF and ETUCE support the mobilisation of all the Spanish trade union confederations against the reform of the labour code that the Spanish Government has done by decree