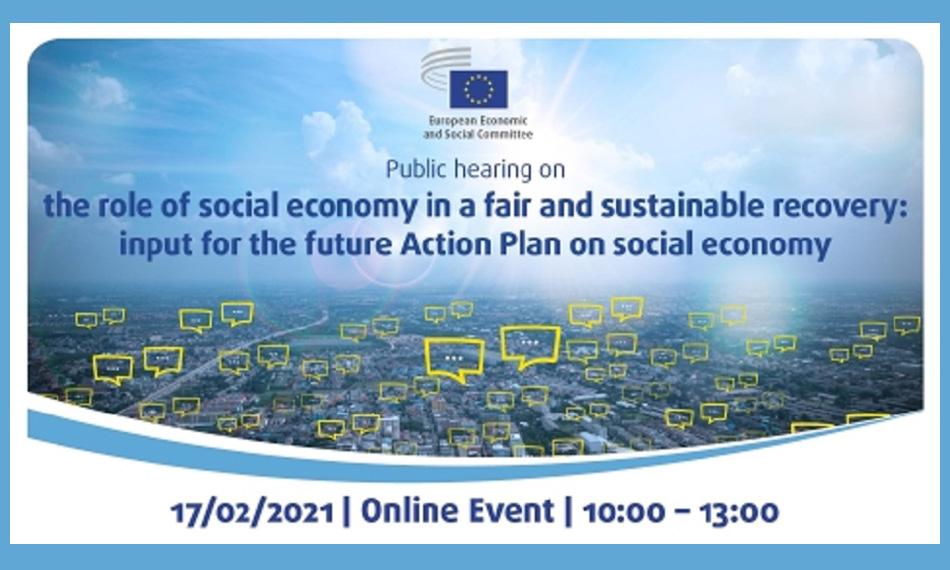 (19 February 2021) Governments have agreed that the social economy enterprises should play a role in the recovery and can benefit from EU funds. The European Commission will be proposing an Action Plan on the Social Economy this year. To prepare an input into this Action plan the Portuguese presidency asked the European Economic and Social Committee to prepare on opinion. The EESC represents workers, employers and many social economy organisations. EPSU’s General Secretary was invited to contribute to the debate in a hearing 17 February. EPSU represents many workers in the social economy especially in health and care and in utilities.  He welcomed the valuable work social economy workers are doing and recalled how many working in health and care, mostly women and especially in care with low pay, were impacted by Covid19.

Contributing to the discussion on the Opinion of the EESC he made 4 points:

For more on the event of the European Economic and Social Committee, the speakers, and on the Opinion of the EESC

The Opinion is foreseen for April.  The Economic and Social Committee has published a Report with various opinions and developments

The main driver is Social Economy Europe which also wants to be represented in the cross-sectoral social dialogue. It has made a series of Proposals for the Social Economy Action Plan.

ETUC is part of the Stand Up for Social Pillar Alliance which includes Social Economy Europe. The Alliance calls for an ambitious Action Plan implementing the European Pillar of Social Rights.