A loud action organised by European Public Service Union (EPSU) next to Schuman roundabout this World Water Day (Tuesday 22 March 2016) will call on the European Commission to implement the human right to water and sanitation once and for all. The action, which will take place from 12 – 2pm between the Justus Lipsius and Berlaymont buildings on Rue de la Loi, is the latest stage in the three-year long “Right2Water” campaign led by EPSU. Clean drinking water and safe sanitation is a universal human right, according to the United Nations. However for 663 million people worldwide this right has yet to be realised (WHO/UNICEF, 2015).

“Right2Water” calls on EU institutions and Member States to ensure that all citizens enjoy this right, that water supply and management be excluded from “internal market rules” and commercialisation, and that the EU increase its efforts to achieve universal access to water and sanitation. It was the first ever successful European Citizen’s Initiative (ECI), gaining the support of a broad coalition of European organisations and a total 1,884,790 European citizens.

On 8 September last year ECI Right2Water won the backing of the European Parliament, when Parliamentarians overwhelmingly voted in favour of MEP Lynn Boylan’s ECI follow-up report. Despite huge support for the Right2Water movement, the European Commission has failed to act. An unambitious Communication released by the Commission in 2014 has been followed by {{two years of silence and no concrete legislation.

“Enough is enough!” says Jan Willem Goudriaan, General Secretary of EPSU. “Water is our most precious life source, yet for hundreds of millions of people it still remains out of reach – including in Europe. How many more people must suffer before the European Commission finally takes action on this vital issue? We have no time left to lose.

“ECI Right2Water gave the promise of real legislative change following the resounding cry of nearly two million citizens across Europe. The European Citizen’s Initiative was created as part of the EU’s democratic revolution, and yet two years down the line we are still waiting to see our efforts come to fruition. The time to act is long overdue.”

Supported by members of Belgian trade unions CGSP/ACOD and ACV/CSC services publics, the action will be attended by MEPs, supporters of the European Water Movement and members of Irish Services Industrial Professional and Technical Union (SIPTU). Speeches will be given by EP ECI Right2Water Rapporteur Lynn Boylan MEP, representatives of the European Water Movement and Jan Willem Goudriaan, General Secretary of EPSU.

Participants will be invited to sign water droplet-shaped pledges that call on the Commission to act now on Right2Water, which will be collected in a large bottle over the course of the action. This “message in a bottle” will be handed over the Commission in a ceremony at the end of the action. 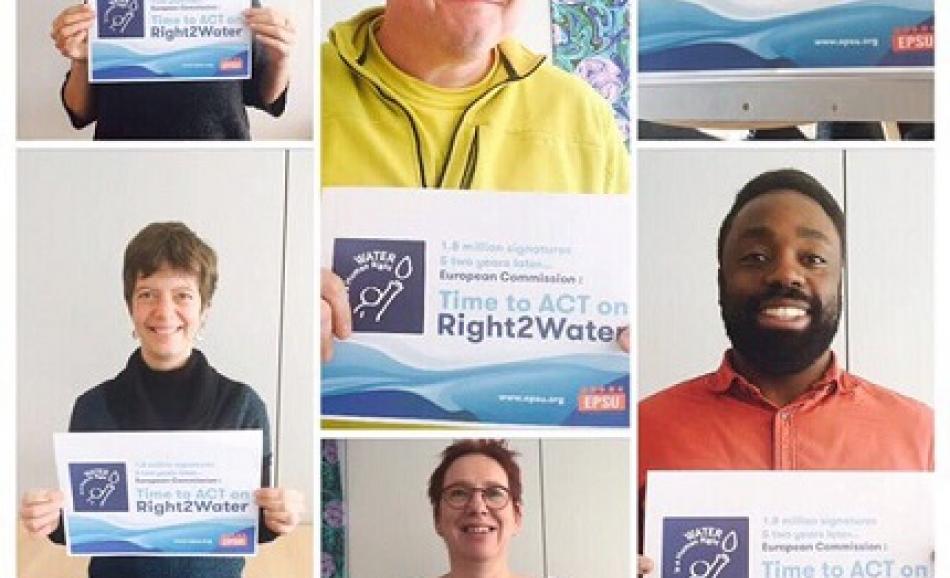 On World Water Day it will be two years since the EPSU-led Right2Water campaign became the first ever successful European Citizens Initiative.
Water
Mar. 22, 2016

Dear colleagues, We regret to inform you that due to events in Brussels this morning our World Water Day action has had to be cancelled in Brussels. Our thoughts are
Water
Mar. 25, 2015 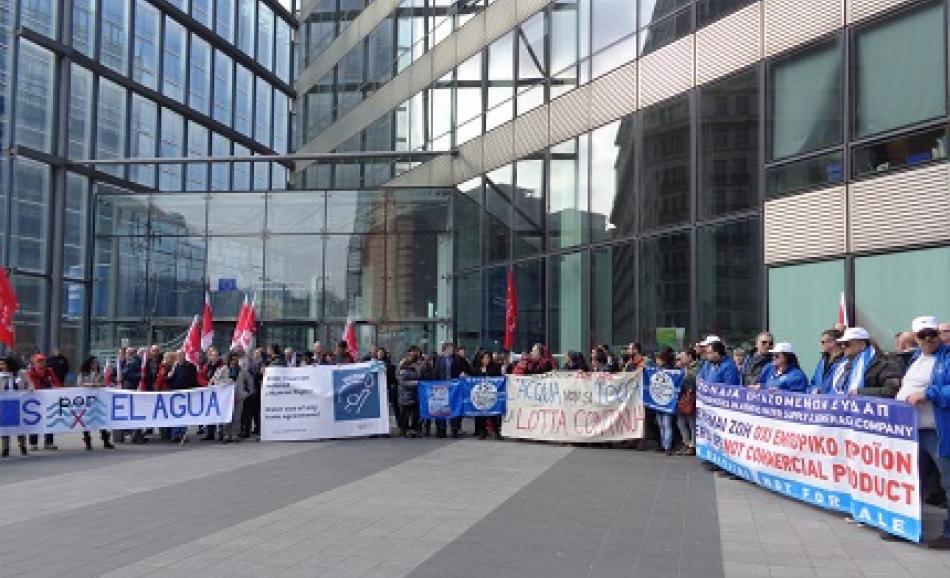 (March 2015) On the occasion of World Water Day (22 March) many events took place and many statements have been made. This year World Water Day was marked by recognition
Water