Right to strike at risk in new EU law 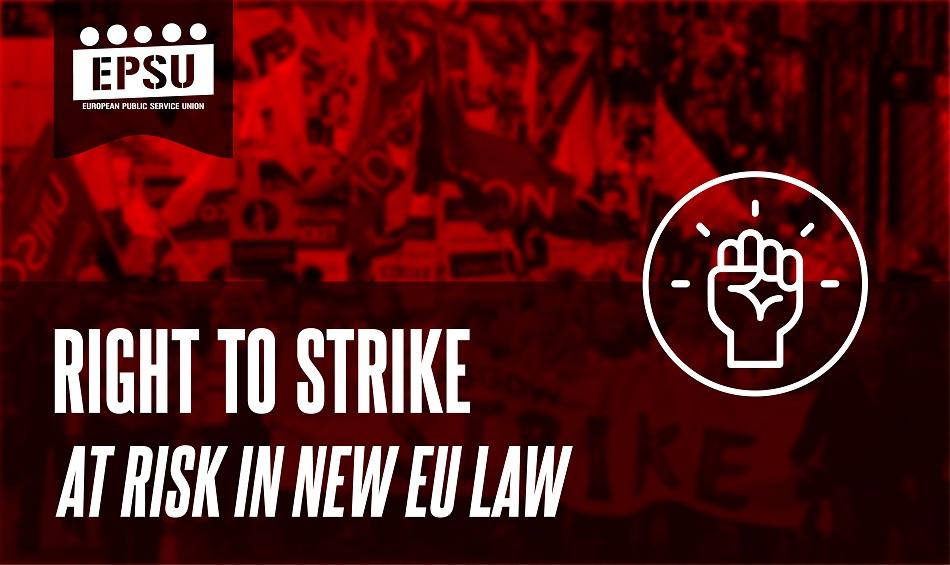 (13 September 2022) The right to strike could be undermined by new EU legislation meant to ensure the single market can withstand crises like the Covid pandemic, a legal analysis by the ETUC has found.

The European Commission was set to adopt its proposal for a Regulation for a Single Market Emergency Instrument (SMEI) on 13 September, which would put in place contingency measures to guarantee free movement as well as the availability of essential goods and services during any future crisis.

However, as part of the reform, the Commission plans to repeal an existing regulation* on the functioning of the single market which explicitly safeguards the right to strike. No such safeguard has been included in the Commission’s draft  proposal on SMEI.

Trade unions are concerned that would mean a strike could be considered a “crisis” and that measures triggered by the SMEI could undermine collective action in violation of the international rights such as the EU’s own Charter of Fundamental Rights.

The ETUC has now written to the European Commission calling on them to ensure the right to strike is protected in the new legislation. EPSU has supported the ETUC and written as well.

We recall the discussions around the socalled Monti Clause. It would not be the first time the European Commission tries to introduce restrictions on the right to strike.

Full ETUC letter to the Commission

*Article 2 of the ‘Strawberry Regulation’ 2679/98 on the functioning of the internal market states:

20220906 - ETUC Letter to Commissioners Breton and Schmit on SMEI.pdf

Previous ETUC and EPSU action over the right to strike and threats by the European Commission. https://www.epsu.org/article/european-commission-withdraws-monti-ii-regulation-time-social-progress-clause

Forty-eight countries are now covered in EPSU’s library of factsheets on the right to strike. Information on Kazakhstan, Kyrgyzstan, Switzerland, Tajikistan and Uzbekistan was recently added to the EPSU website. Each factsheet sets out the main legal provisions covering strike action, including who can call a strike, procedural requirements and any limitations on the right to take action. There is also a section on international case law. The factsheets were launched jointly with the European Trade Union Institute (ETUI) in 2019 with the ETUI coordinating production of factsheets on 34

Legislation came into effect on 1 September aimed at tackling stress and burnout. It requires employers to monitor pyschosocial risks and take measures to prevent them. Along with risk analysis, employers will have to provide counselling to employees to help them avoid prolonged exposure to stress. The legislation sets out the responsibilities of the various actors at the workplace and the measures that can be taken to prevent psychosocial risks. [Read more at > euractiv.com (EN)->http://www.euractiv.com/sections/social-europe-jobs/eu-asked-prevent-burnout-among-civil-servants-308437] [And