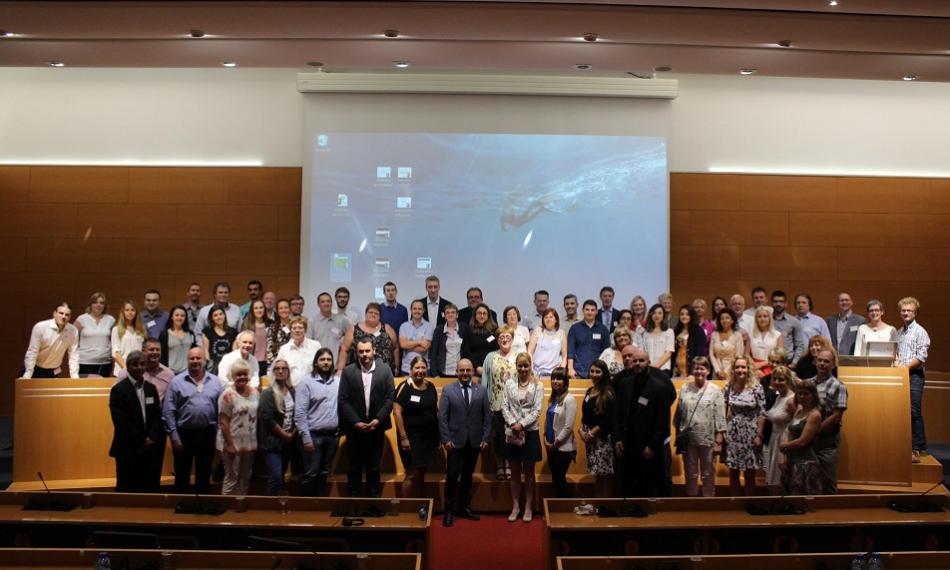 (7 June 2018) Over 70 trade union representatives from 24 countries took part in EPSU’s social dialogue and collective bargaining conference in Brussels on 6-7 June. Under the general theme of “Quality Employment for Quality Public Services” the participants debated a wide range of issues from staffing levels in childcare and prisons, to low pay in sectors dominated by women as well as digitalisation and pay trends.

The conference was part of a European Commission-financed project on Quality Employment with a particular focus on work in childcare and prison services. Researchers from the University of Leuven presented a series of country case studies highlighting the main challenges faced by trade unions in each sector. For childcare workers the situation was often one of low pay and undervalued work, understaffing and limited career development. In prisons, understaffing was also a major problem that was contributing to a surge of violence against staff in some institutions. Trade union representatives from Spain, the UK, Hungary, Bulgaria, Serbia, Montenegro, France, the Netherlands and Romania contributed to the discussion, adding their workplace experiences to the background provided by the research.

The problem of low pay in sectors dominated by women has been a longstanding problem that EPSU affiliates have been trying to tackle. A new report commissioned by EPSU from the ETUI provides evidence of the problem and examples from EPSU affiliates about how they have use legal means and collective bargaining to improve pay in these sectors.

The impact of digitalisation is having a widespread impact on public services and the initial findings of research by the OSE for EPSU was presented to the conference. Focusing on the home care sector and public employment services and based on focus group discussions with workers, the research underlined concerns about psycho-social risk linked to the introduction of new technology, concerns about inadequate training and the importance of using social dialogue and collective bargaining to prevent the worst and get the best out of the digital transition.

An updated analysis comparing pay trends in the public sector by the LRD research organisation indicated the extent to which the impact of austerity was still having an impact on public sector pay in some countries.

Members of the youth network organised a short panel discussion with contributions from Azerbaijan, Hungary and Ireland. This underlined the need for EPSU affiliates to look at new ways of getting young workers not just to join but to be active in trade unions.

The final panel, with contributions from Spain, Ireland and Denmark provided an opportunity to compare and contrast the state of collective bargaining in the three countries and the extent to which public service trade unions have been able to rebuild and strengthen their collective bargaining. In Spain and Ireland, new agreements had been signed that put workers well on the way to recovering lost pay and benefits while in Denmark the recent threat to public sector bargaining had been seen off with an impressive show of strength by public sector workers.

All the reports and presentations from the conference will be available on the EPSU conference website page.

Over the course of 2017 and 2018, EPSU ran a European Commission-funded project examining the nature of quality employment. While considering in general terms the different elements that could be used to define quality employment, the project also focused on the specific aspects of work and

Trade unionists called for an improvement in the quality of public sector workers employment condition, at a EPSU conference on employment and public services.