(Press Communication 6 November 2013) The global union federation Public Services International joins Greek workers taking to the streets today in a general strike to protest the continued cuts to decent jobs and public services imposed by the ‘Troika’. In return for continued financial assistance, Greece has agreed to cut up to 40,000 public workers over the next two years.

PSI has assembled an international team of labour journalists to report the stories of Greek workers on-location this week. In the shadow of despair cast by forced austerity measures which have resulted in a 62 percent unemployment rate for young people, and the rising threat of fascism posed by groups such as Golden Dawn, working people and their communities are standing together to resist the Troika’s manipulation of their society, and to build sustainable solutions.

“The aim of our fact-finding mission is to produce stories to show the impact of austerity and the Troika policies on ordinary people, workers and trade unions here. The Greek people are also showing us how it is possible to resist privatization and the attack on workers’ rights,” says PSI General Secretary Rosa Pavanelli.

“What we see here convinces me that Greece was not targeted by chance for austerity measures, but has been a deliberate political experiment – to try to weaken strong trade unions and weaken the social state. It is perverse that this effort to reduce democracy is taking place in the very cradle of democracy.”

During a visit to a community-run free health clinic, the Mayor of Elliniko Christos Kortzidis told the PSI delegation that, “Budget allocations to municipalities are now cut by 60 percent. Hiring new municipal workers is forbidden, unless on fixed term contracts. The government’s new mobility/layoff program will cut some 5000 municipal workers. In July 2013, legislation abolished municipal police and school guards. The government has instituted so many restrictions that we cannot even manage our own budgets. Mayors, vice mayors and municipals have become like employees. If we do not challenge these policies, our municipalities and our people will have no future.”

The union journalists are also recording the stories of the public broadcast workers who have occupied and continued to run the national broadcast stations ERT for five months, education workers who have been on strike at Athens University and the National Technical Institute for over two months, community groups who are working with unions to resist privatization of public water systems, and tax collectors who are protesting that they do not have the necessary policies and resources to back their work. See the related articles, photos and videos at www.psi-can-greece.org

Troika inspectors are auditing government ministries while representatives of the European Commission, the European Central Bank and the International Monetary Fund meet with Greece’s Finance and Labour Ministers this week in Athens. 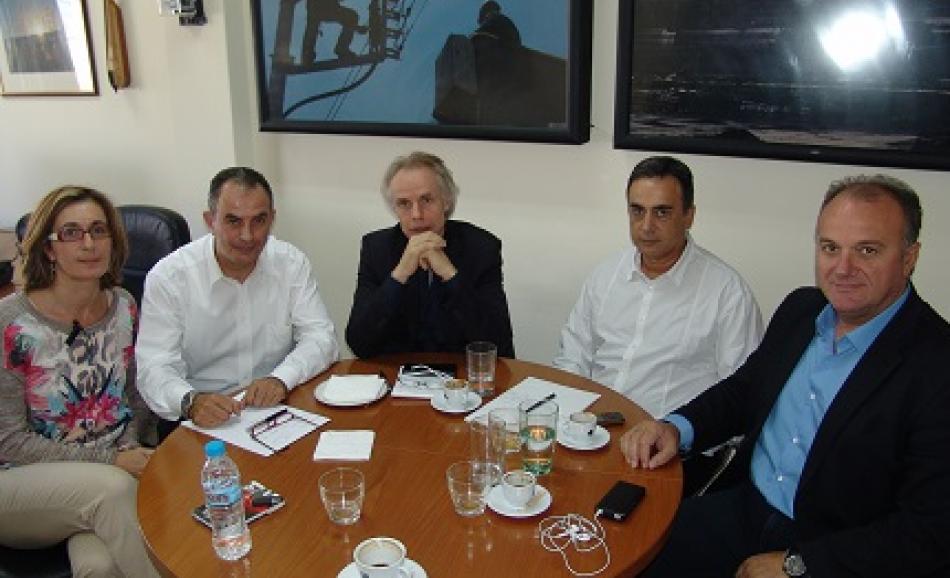 (21 October 2015) Imagine that you can not pay the metro ticket to get your kid to the hospital. The kid needs regular treatment of a psychiatrist. But cuts in
Economic Policy
Solidarity
Union Rights
Apr. 03, 2017
2017 April epsucob@NEWS 06

(April 2017) The BSRB public services union is promoting an pilot project on shorter weekly working time. Four workplaces, including police, revenue and immigration services have been selected to participate to examine whether shortening the work week will bring mutual benefit to employees and the employer. The pilot will last one year from 1 April and the hours worked by employees will be reduced from 40 to 36 per week without wage cuts to come. The project will examine the impact on quality and efficiency and staff morale and well being.

(13 March 2013) On the eve of the next European Council meeting, the ETUC is calling again for a protest action on 14 March in Brussels. This follows on from