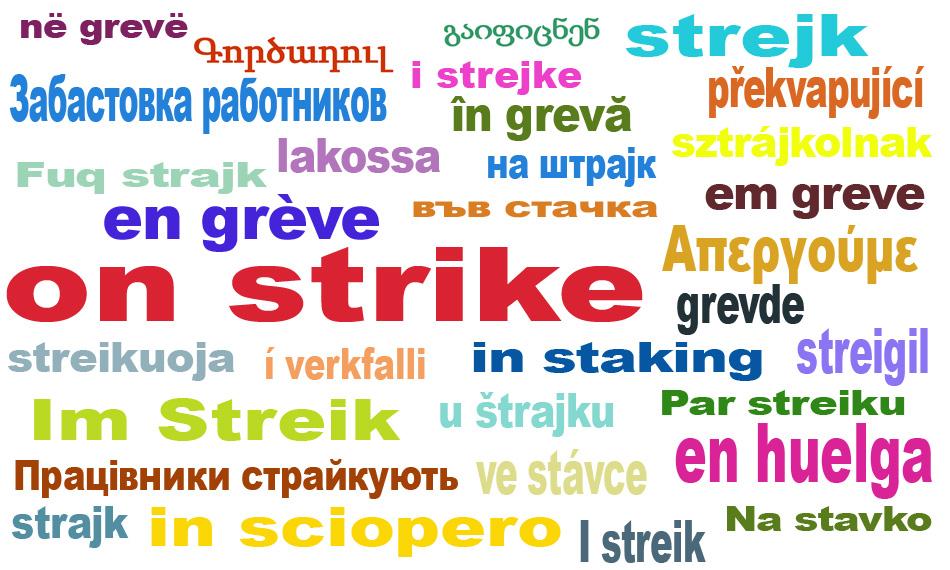 (8 May 2019) Nine trade union organisations are coming together in a national public sector strike tomorrow (9 May) in protest at the French government's plans to "transform" public services.

The CFDT, CFTC, CFE-CGC, CGT, FAFP, FO, FSU, Solidaires, and UNSA are all joining the strikes and demonstrations that are part of their campaign to defend jobs, pay and services across the public sector. The unions' key demands are for the government to stop its plan for a transformation of the public service that involves around 120000 job cuts.

The unions are calling for an end to the pay freeze imposed on public sector workers and for a pay increase that delivers an increase in purchasing power. They are also concerned about further erosion of civil servants' statutory rights and the greater use of contractual workers with more precarious employment conditions. Other changes being put forward by the government threaten to undermine the trade unions' role in health and safety and would weaken transparency and accountability around promotion and mobility.

The unions claim that the government talks about the importance of the work of civil servants while at the same time undermining their rights, benefits and working conditions. They also say that there has been a failure to negotiate properly with the unions and to take account of the alternative proposals they have for the public sector.

(July 2011) {{Trade unions in Georgia have managed to campaign and negotiate for improved services despite the challenges they face.}} The greatest problem faced by the public services unions in Georgia is that the legal and political climate makes workers afraid to take action, or even afraid to
Remunicipalisation
Apr. 25, 2016

Despite the very difficult situation facing trade unions in Georgia, there are examples of positive action in support of public services. In the capital Tbilisi there have been major improvements to public transport and the public servants' trade union has been active, ensuring that collective
Remunicipalisation
Aug. 17, 2018
2018 August epsucob@NEWS 16

Workers at the Vierzon public hospital in central France are involved in strike action to defend services and jobs. The trade unions involved - CGT, CFDT, FO and SUD - have expressed their concern about plans to close surgical, paediatric and maternity services at the hospital leaving local people with long journeys to the nearest facilities. They have called for all services to be maintained, for investment in new facilities, action to tackle the hospital's debt and a stop to any job cuts. Along with strike action the unions organised a human chain around the hospital and have been