(26 March 2012) The European Federation of Public Service Unions (EPSU) expresses its support to its affiliates taking part in the General Strike organised by all the Spanish trade union confederations.

The General Strike is to express opposition against the Spanish government’s labour market reform constituting a severe attack on working people, on the union movement and on the existing Spanish labour law. It significantly weakens the collective bargaining process and enables the employer to unilaterally modify salaries, working hours and other labour conditions. The new law, imposed by decree, favours agreements at company level and promotes the individualisation of labour relations. It thus becomes easier and cheaper to dismiss workers and new models of precarious contracts are established both in the public and private sectors.

This labour reform will not create jobs, contrary to the government’s view. It condemns the Spanish society to job insecurity, focusing on vulnerable groups, namely women, youth and long-term unemployed.

EPSU rigorously rejects this policy approach. Growth cannot be initiated by giving employers all legal protection to freely dismiss workers, a serious breach of the ILO Convention 98 on the right to organise and bargain collectively. In fact this will create a new downwards spiral towards a deeper recession at the cost of Spanish working people.

The EPSU secretariat calls on its affiliates to send messages of support to our Spanish affiliates. 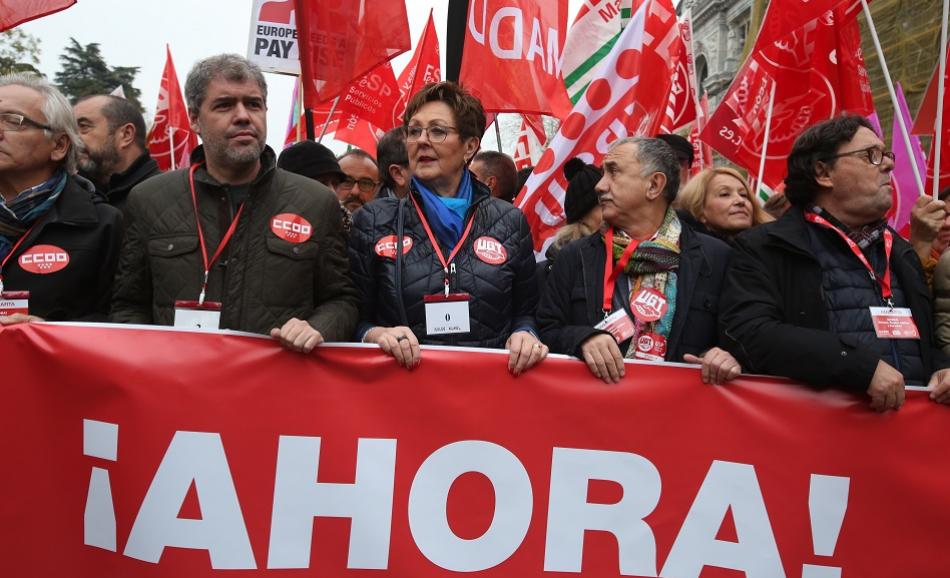 On December 14 the public sector federations of CCOO and UGT (the two main Spanish trade unions) will be marching in Madrid to reclaim the rights of public employees lost during the crisis.
Solidarity
Union Rights
Mar. 17, 2005

-* To renew the contracts to ensure better pay levels;-* To prevent privatization and contracting out of public services;
Solidarity
Union Rights
All PoliciesAll Policies