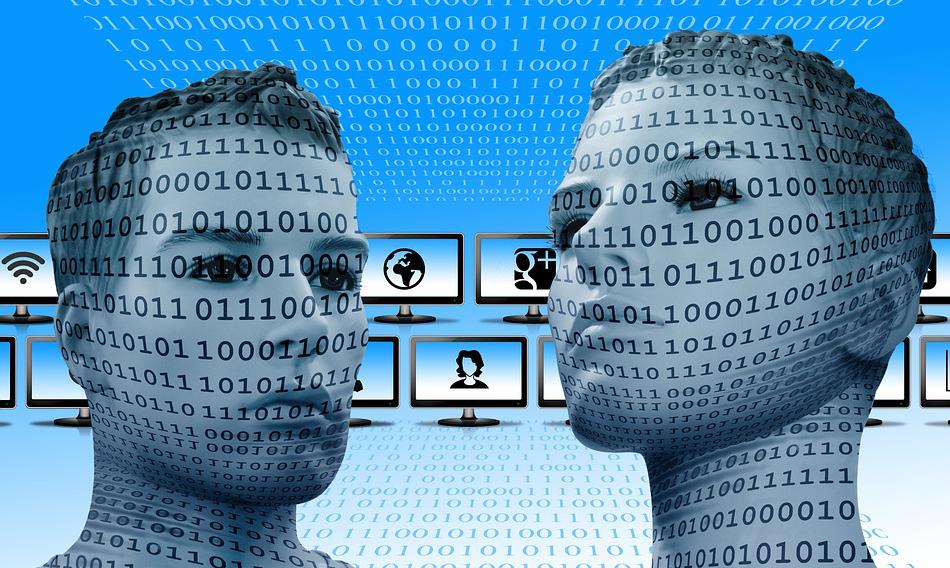 (23 April 2021) In February this year, the Supreme Court in the UK ruled that Uber, the driving, and delivery platform, should treat its drivers as workers and not as self-employed. This follows a trend across Europe where courts in several countries have forced digital platforms to revise the employment relationship with the workers providing their services.

Platform work is changing the economic and social landscape, revolutionising the way services are delivered while raising major questions about social and labour rights.

The UK ruling means that as “workers” (and not “employees”) Uber drivers are at least entitled to the minimum wage and holiday pay. This is clearly a start but also highlights the fact that many of those working for platforms are at risk of precarious working conditions, unfair pay and lack of rights to collective representation. They are also vulnerable to poor work-life balance, have inadequate health and safety and social protection, with many of these problems stemming from their misclassification as self-employed.

The decision of the UK court reflects a jurisprudence that is spreading across the continent. From Spain to the Netherlands, national courts, in response to the advocacy of trade unions, are recognising a certain number of rights violated by these companies.  Indeed, in some instances national court rulings have led to significant changes in platform work, not least the recognition of platform workers as salaried workers and not self-employed.

Italy has seen several significant cases, with the Court of Milan, among the first in Europe, to conclude that riders of Uber Eats, Deliveroo, Glovo and Just Eat are salaried employees. These four companies had to hire 60,000 workers and pay €733 million in fines over non-respect for health and safety measures. The investigation also revealed that the workers were managed by an artificial intelligence platform which ranked them according to performance, effectively forcing them to accept all orders and preventing them from taking holidays or sick leave. As part of the ruling, the companies were also asked to pay riders’ overdue social contributions and provide them with adequate equipment, such as bicycles with lights or suitable clothing.

In December, in another judgement, the Court of Bologna delivered a ruling that marked a significant development not only about platform work but also about the use of artificial intelligence. The Court condemned Deliveroo’s algorithm for discrimination. According to the complaint from the CGIL, trade union confederation, Deliveroo’s algorithm (Frank), discriminated against workers' and restricted their access to working slots following absences for strike action, or for health or care reasons. The judge found in favour of CGIL’s position despite Deliveroo hastily modifying the algorithm a few days ahead of the ruling. The CGIL underlined the most significant aspects of the Court’s ruling, namely that the platform is not necessarily blind to the reasons why a worker skips a slot. But when the platform is blind, this is a deliberate choice it makes.

The situation in other countries varies, with courts in Germany, for example, refraining from recognising the salaried status of platform workers. In France the jurisprudence is inconsistent and contradictory. While the Court of cassation says that platform workers are salaried and not self-employed, the Paris Court of appeal denies the existence of a subordination relationship between the platform companies and the riders.

In the Netherlands, the courts classified the employment status of platform workers as salaried workers. However, these decisions allowed delivery workers to benefit from a certain number of social rights to which they would normally have been entitled as employees.

In contrast, in Belgium no court proceedings have taken place concerning the nature and the status of platform workers. In 2019 the Administrative Commission for the regulation of employment recognised a salaried employment relationship between the platform and the workers. However, due a lack of competences, the Brussels labour court invalidated that decision. In February this year, the FGTB/ABVV, one of the main Belgian trade union confederations published a briefing on some of the key national legal developments (see below).

Meanwhile in the absence of binding European or national legislation over platform work, there have seem some significant developments in European union jurisprudence, with three cases (C- 434/15 Elite taxi Vs Uber, C- 62/19 Star taxi, C-320/16 Uber France) in the European Court of Justice (CJEU). In these cases, the Court underlined the direct responsibility of the platforms for the person providing the service. In terms of employment status, the CJEU considers that if the platform is not a passive information service, but closely linked to the provision of a physical service over which the platform exercises control, then the platform is liable to comply with sectoral rules. So, by analogy, one could wonder if the platform company is responsible for the physical service, should the platform company not also be responsible for the person who provides the service?

Therefore, delivery and courier services which unilaterally determine essential conditions for the provision of services must be considered as employers. In fact, the platform owns the essential assets for the business, while making use of couriers who do not have their own business organisation and whose work is conducted as part of the organisation pre-determined by the platform.

The existence of an employment relationship could not be ruled out as the geolocation system enables the company to monitor the location of couriers in real time, making it possible to monitor their working hours and so to exercise a power of sanction. Effectively, there is a token “autonomy”, but the courier is constantly under control and subordination.

The European Trade Union Confederation (ETUC) has been following this issue for some time with its 2019 report, New trade union strategies for new forms of employment, highlighting the problem of the way platform workers are classified. This March, the ETUC Executive Committee adopted a resolution on the protection of the rights of non-standard workers and workers in platform companies that includes its response to the European Commission’s six-week consultation with social partners on improving working conditions in platform work that was launched on 24 February. The ETUC considers platform work companies a real threat to workers’ rights and argues that without clear and strong European action in this field, employees cannot consider themselves safe from exploitation by these companies.

The ETUC is calling for a guarantee for the rights to organise, to be represented by a trade union and to collectively bargain, along with access to minimum wages, social protection, and respect for working conditions. It also argues that platform companies must be recognised as employers, with all the legal obligations that this entails in terms of payment of income tax, financing of social protection, responsibility for health and safety, due diligence and corporate social responsibility and their workers should be acknowledged as workers.

Furthermore, the ETUC says that democratic control of the operation of the algorithm applications must be at the heart of the public debate and must be discussed through information, consultation, and participation of workers.

The ETUC says that the proposed directive on platform work should deliver rights to platform workers, like paid holiday and sick pay, which have been standard for other workers for the best part of a century. The directive provides the possibility to ensure that platform workers get a secure contract and guaranteed wages rather than the fake self-employment with no protection, no pay between jobs or sick pay. The Directive can also ensure genuinely self-employed people are protected from subordination by platforms. The ETUC is concerned, however, that following heavy lobbying by the major 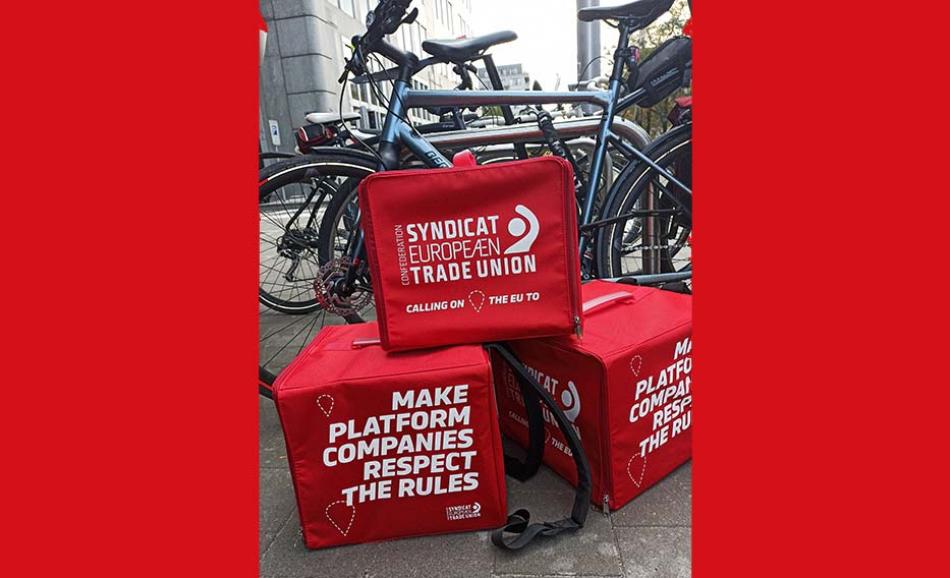 Why the EU needs to regulate platform work