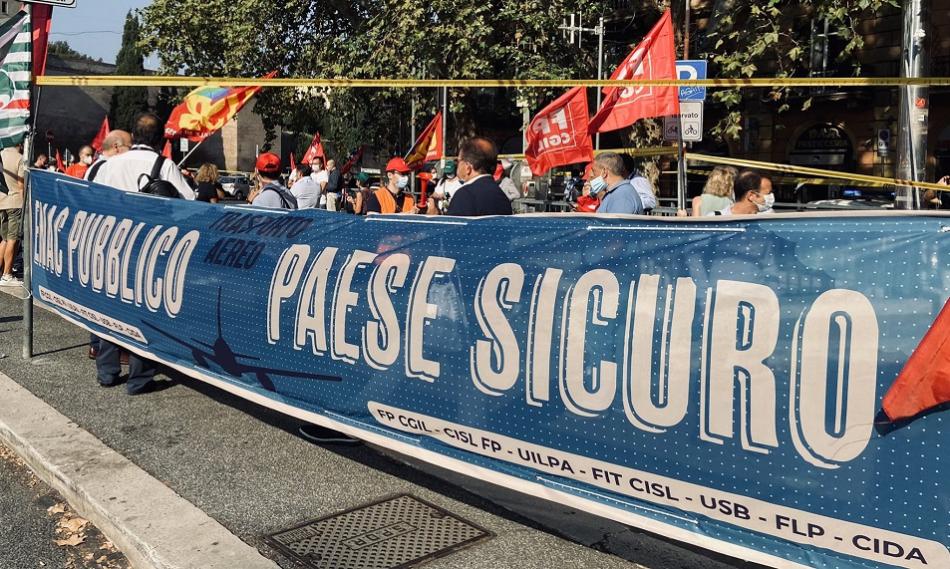 (16th September 2020) Today, Fp Cgil, Cisl Fp, and Uil Pa, are holding strikes to protest the plans to restructure and privatise the ENAC air traffic control body. Minister of Infrastructure and Transport Paola Di Michaeli has refused to listen to the views of the trade unions, and ignores the fact that she is attempting to push through a policy not even attempted by Conservative governments in the UK that have been at the forefront of privatisation of public bodies.

ENAC is a core public service which is crucial to guarantee safety in air transport. Research for EPSU clearly shows that there is growing evidence that privatisation has not delivered the benefits claimed for it, particularly in relation to efficiency. The government needs to rethink its proposals and fully engage with the trade unions in any discussions about reform and restructuring of ENAC.

It is unacceptable that Minister Di Michaeli will not consult with the unions. EPSU stands in solidarity with the actions taking place today as well as any further action needed to take to block privatisation and force the government into a proper process of consultation.

(May 2017) The ATSR air traffic controllers' union was planning a two-hour warning strike on 12 May to put pressure on the employers (Romatsa) to conclude a new collective agreement. The union has been in discussions covering pay, passenger safety, stress at work and rights of workers, highlighting the increase in workload and company income but pressure to cut costs. The Ministry of Transport has refused to talk to the union. EPSU has sent a message of solidarity and also writtent to the Ministry and the Prime Minister.

The European Commission published a Communication on Aviation: Open and Connected Europe (207/2017) 8 June 2017. European Commissioner Bulc responsible for EU transport policy questions the right to strike in it. She proposes to the Member States a series of concrete measures that would seriously curtail that workers’ right.
Solidarity
Union Rights
Feb. 26, 2015

Management of the Romanian air traffic controllers company is pushing through a restructuring plan without consultation with the unions.
Union Rights