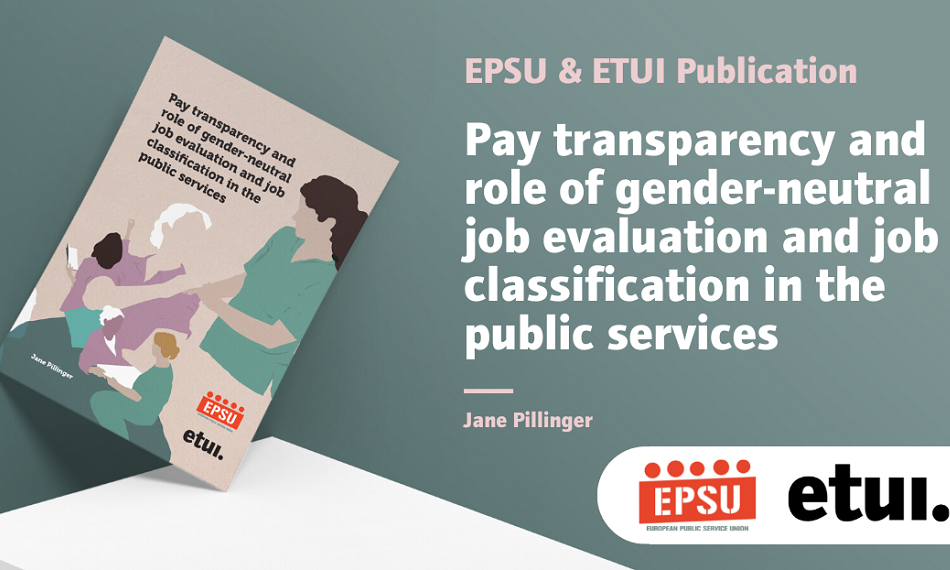 (10 June 2021) The gender pay gap (GPG) in the EU remains at 14.1 % based on unadjusted gross hourly earnings (Eurostat 2021). Limited progress has been made in narrowing the pay gap in recent years. One of the critical issues that needs to be tackled is the link between gender pay inequalities and the undervaluation of work in feminised jobs and sectors. Even with the same educational attainment, jobs with higher levels of feminization are systematically pay less.

The COVID-19 pandemic has had a disproportionate impact on women (European Commission 2021). The effects of the COVID-19 pandemic in driving down wages has hit women the hardest, with risks that existing gender inequalities and the GPG will widen. Without a gender-responsive recovery to the crisis, there is a danger that the gender care gap and the GPG will further widen, disadvantaging lower paid women in feminised sectors. This adds urgency to the need to plan for gender-responsive measures in the labour market, including the re-evaluation of jobs in female-dominated low-paid sectors.

The European Commission’s proposal for a Pay Transparency Directive addresses binding measures on pay transparency aimed at strengthening the application of the principle of equal pay for work of equal value, including the introduction of gender pay reporting.

Collective bargaining should be strengthened in the Pay Transparency Directive so that it plays a role in uncovering and addressing some of the unexplained2 or structural causes of women’s unequal pay in the public services, including: