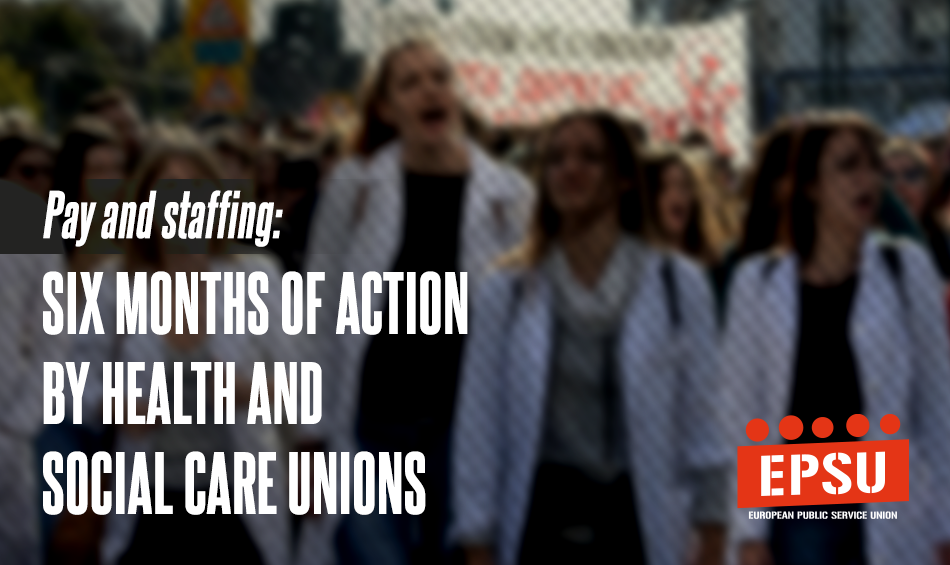 Serious staff shortages are affecting the provision of health and social services across Europe and EPSU affiliates have been taking action in response.

This is a long-term issue but has come to the fore since the COVID pandemic and over the past six months many EPSU unions in the sector have been negotiating, campaigning and mobilising to secure increased funding, more jobs and better pay and conditions.

After the innumerable sacrifices that health and social care workers made during the pandemic, it is little wonder that EPSU affiliates in these sectors have been mobilising to force governments and employers to address the staff shortages, low wages and poor working conditions that undermine the provision public services. These actions have become all the more urgent following the surge of  inflation across Europe.

Over the past six months EPSU affiliates in 15 countries have been involved in at least 10 major demonstrations, 12 cases of strike action and have negotiated 16 agreements. The sectoral agreements cover hundreds of thousands of workers including in Italy (public health and also non-profit), the Netherlands (mental health workers, hospital and general practice workers, and nursing and care workers), Germany (early years education and social services workers), Austria (childcare workers and private health and social care workers), Bulgaria (doctors and nurses), Norway (health sector) and Finland (workers in private health and social care). Meanwhile, at European level EPSU and the HOSPEEM hospital and healthcare employers’ organisation signed a new framework agreement on hospital recruitment and retention, with a focus on strengthening the attractiveness of the sector.

EPSU affiliates have also looked to innovative ways to tackle understaffing. In Germany ver.di negotiated a collective agreement specifically to address this issue and the excessive workloads suffered by many health workers. Following extended strike action the union negotiated an agreement with six university hospitals in the North Rhine Westphalia region that provides compensatory time off for periods worked in wards and departments that are understaffed as well as commitments to increase staffing.

Other strikes and protests by health and care unions along with other public service unions have been taking place right across Europe since the beginning of the year including in Austria, Belgium, Finland, France, Greece, Ireland, Italy, Portugal, Spain and Turkey where underfunding and understaffing were seen by health unions as a factor in the tragic killing of a hospital doctor. 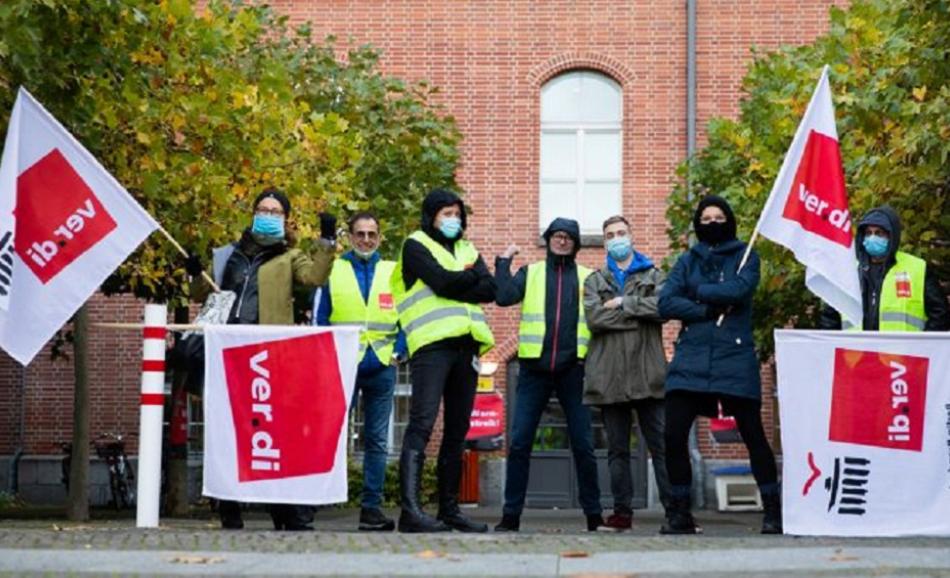 After 11 weeks of strike action and more than 25 days of negotiations, health union ver.di and the six university hospitals in North Rhine Westphalia have agreed on the key points for a collective agreement that addresses excessive workloads and understaffing. The agreement will run from the beginning of 2023 and sets out the ratio of employees to patients required on each shift. If this ratio isn’t met or if other stressful situations occur, those affected receive stress points and then an additional day off for every seven points accumulated. In the first full year of implementation up to 11

Union calls for urgent action on health and care staffing

Following a government report on nursing and care, services union ver.di has called for urgent action for a long-term solution to understaffing across health and care institutions, particularly in light of the second wave of the COVID-19 pandemic. In conjunction with hospital and care associations the union has already put forward a process for assessing staffing needs in hospitals and says that an academic proposal for evaluating staffing levels in eldercare has identified the need for an extra 100000 staff. Ver.di argues that measures are needed on training and pay and working conditions. It