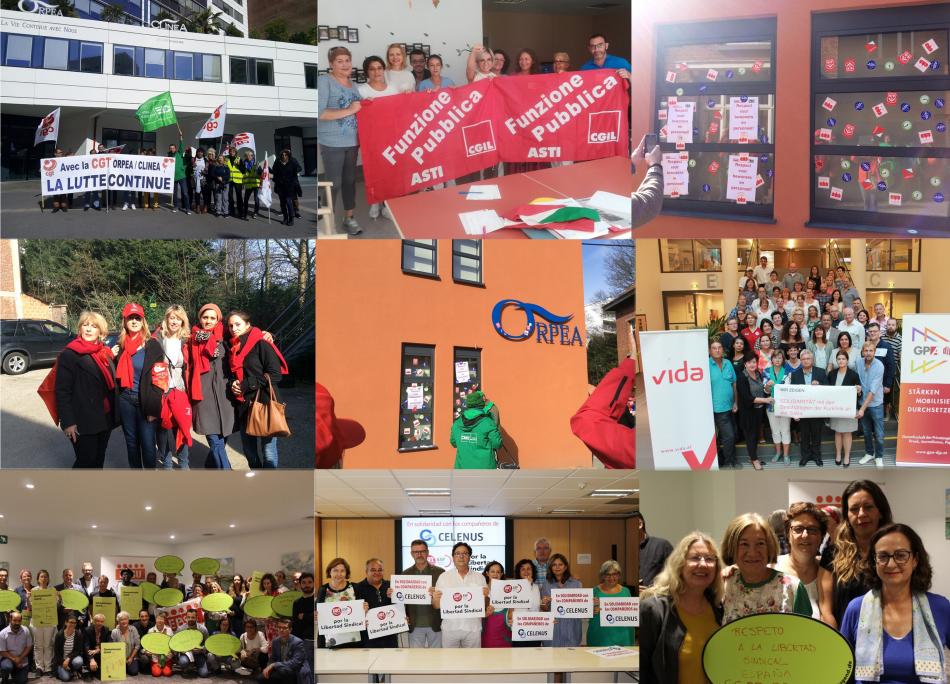 With this agreement comes an end to a long conflict in the care home of Celenus in Bad Langensalza,  Thüringen.  Pay increases of between 1,5 and 2,25 procent have been agreed. Holiday pay is increased, an monthly allowance for childcare and a one off payment have been included.

EPSU General Secretary Jan Willem Goudriaan commented: “The workers have shown tenacity in demanding respect for their work and for their union colleagues. European unionists across Orpea have supported their colleagues to secure a collective agreement and recognition of the union.  I take my hat off for all, and especially the unionists and workers in Bad Langensalza.”

For the Ver.di Press release

For the European solidarity action

For previous information on the actions

For the Russian translation

(13 November 2014) After a long process that started in 2012 workers representatives in Falck, supported by Danish trade union 3F and EPSU reached an agreement on their European Works
Company policy and EWCs
Oct. 12, 2017
2017 October epsucob@NEWS 18

Nurses employed by the Cancer Society will see their pay and conditions protected after the longest strike ever organised by the NSF nurses' union. The strike was called when the employers moved to a new employers' organisation with a poorer collective agreement. The new agreement will protect the union's right to strike and ensure that industry-standard minimum pay rates apply.

Belgian unions accept proposals - actions at level of Flanders continue The results of the negotiations have been accepted by large majorities of the trade unions. They will apply to
Solidarity
Union Rights