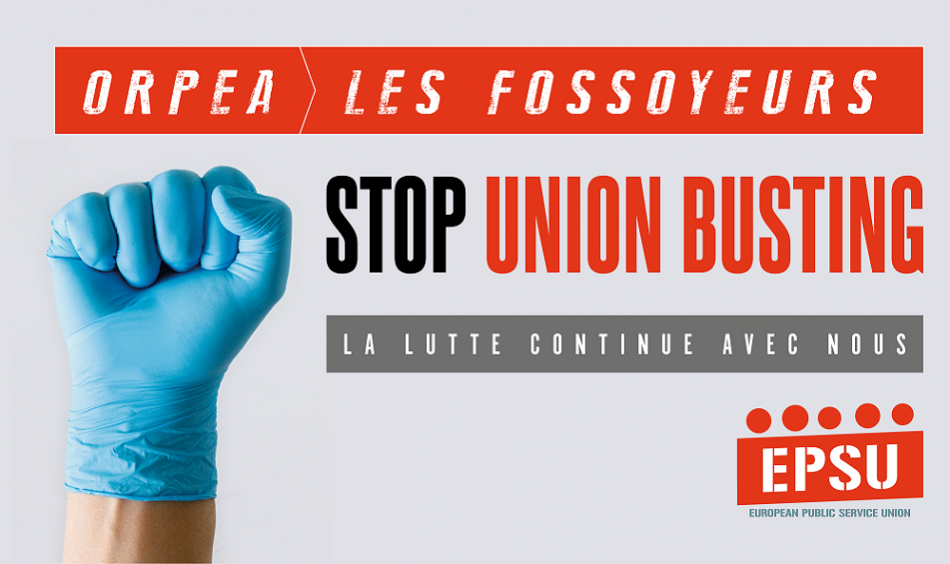 (22 March 2022) EPSU and its affiliates shared their support for a colleague fighting union-busting in the Orpea Group.

Residenz-Gruppe, a German affiliate of Orpea, have been engaged in a sustained campaign to dismiss the Chair of their works council and of the European Works Council (EWC) for standing up for quality care for residents and for respect of workers’ rights. After attending an action in Paris in front of Orpea’s headquarters, our colleague received a letter from the employer threatening dismissal, claiming that the participation in the demo is not compatible with the work in the works council. Ahead of our colleague’s next fight in court tomorrow (Tuesday, 22 March 22) EPSU and its affiliates shared their support in a letter that can be read below.

In the name of EPSU affliates we would like to express full solidarity with Nicole Meyer, Chair of European Works Council (EWC) in Orpea ahead of tomorrow’s hearing of her case brought by  Residenz-Gruppe, a German subsidiary of the Orpea Group.

In a recent joint statement our European unions representing workers in Orpea called for the withdrawal of the legal case against her. However, the recent actions taken by Orpea’s German subsidiary show that the company continues to put pressure on our colleague as a union member and has not stepped back from its union-busting agenda. The continued threats are a clear example of how the company treats workers who stand up for quality care for residents and for respect of workers’ rights. The engagement of Residenz-Gruppe in a sustained campaign to shut down the works council needs to be stopped. Ceasing all cases against Nicole is a necessary step to restoring the trust lost in the company following the ‘Les fossoyeurs’ scandal.

We stand with Nicole as she persists in her legal battle against Residenz-Gruppe’s discrimination and bulling. It’s high time for Orpea to stop union-busting and focus instead on improving quality of care and working conditions. Only together with unions and with Nicole can trust be restored, allowing the group to instead focus on the ongoing challenges in the sector.

For more news on Orpea

The LPPSF industry trade union federation is celebrating a major legal victory with the conviction of an employer for pressurising workers to leave the trade union. This is a first for Lithuania. Many earlier attempts to bring employers to book have failed for lack of evidence. This time there was an audio recording of a manager threatening a trade union member with dismissal if she didn’t leave the union. The case involved the Transachema company where a trade union was established in 2018 and 80% of workers became members. The union began collective bargaining but a year of delays by the 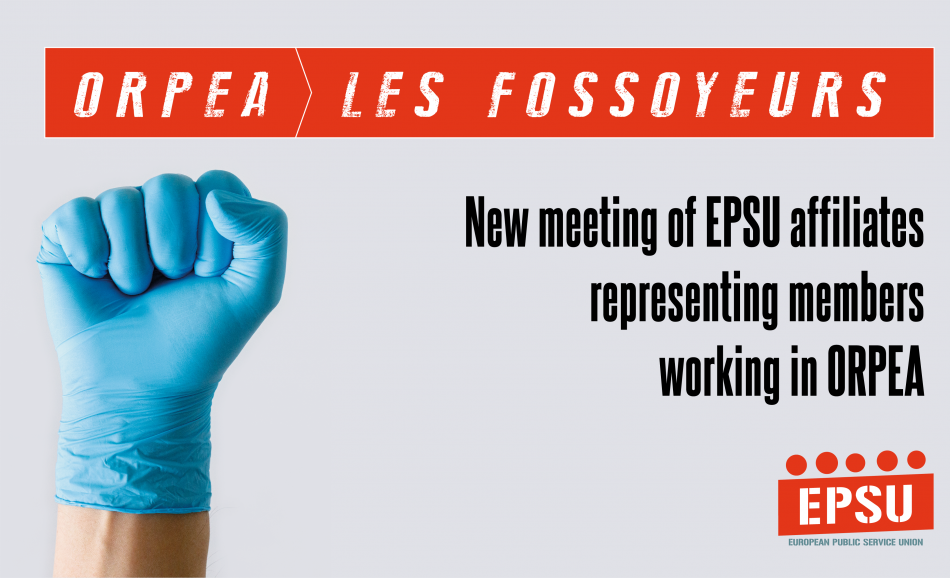 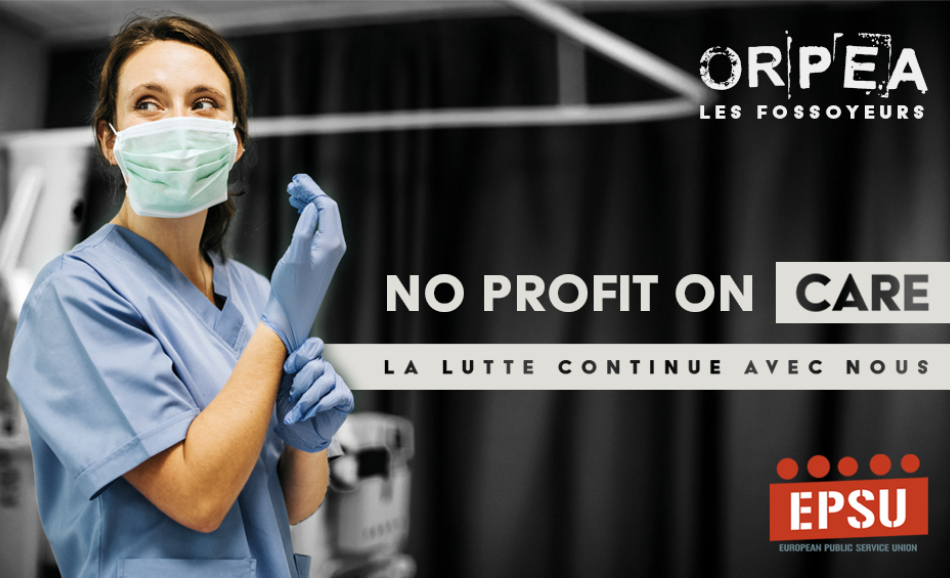