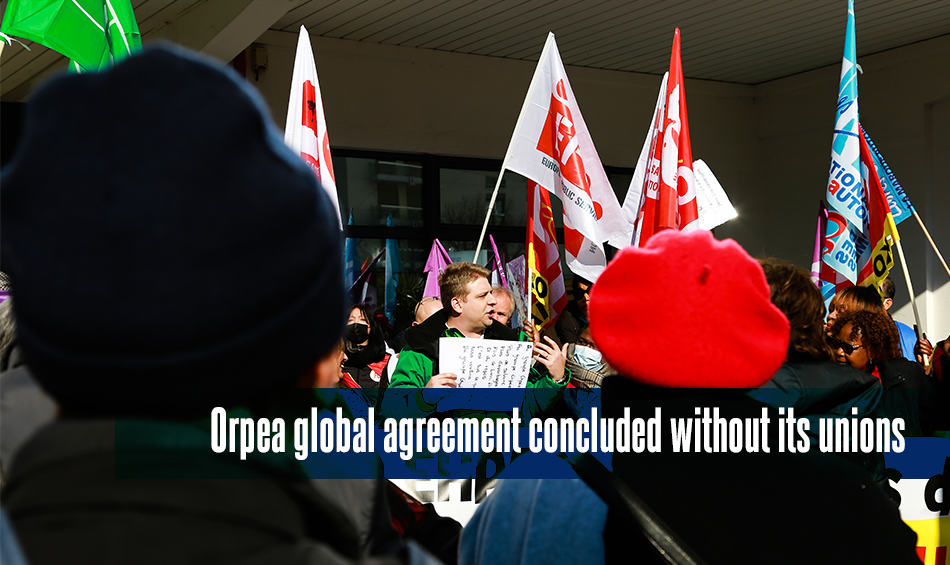 For the European Federation of Public Service Unions (EPSU), it is inconceivable to make an agreement with a company without a proper mandate from the unions concerned and without the involvement of the representative unions from the company’s own country.

For Jan Willem Goudriaan, EPSU General Secretary, “This agreement impacts many unions and the workers they represent in ORPEA - but without their active involvement or consent. This is unacceptable.” He continues, “ORPEA has over 24,000 workers in France, most of whom have learned of this agreement through the press.”

The agreement was negotiated without the knowledge of CGT, CFDT and FO, the representative French trade unions. These are the trade union federations representative in ORPEA who can sign the sectoral collective agreement. Other representative unions in Belgium, Germany, Italy and Spain were not involved either. All of these unions are affiliated to EPSU. Even in countries where ORPEA is expanding rapidly, such as Ireland and the Netherlands, there was not a proper consultation process. The workers of these countries represent most of the ORPEA’s global workforce. UNI GLOBAL can therefore not claim representativity in ORPEA.

French unions have recently faced ORPEA in court, accusing the company of favouring in-house union Arc-en-Ciel during trade union elections. The company has taken trade unionists in France to court due to their criticism of the company and the agreement does nothing for the withdrawal of the cases – indeed, it could be used against our affiliates. The president of the European Works Council (EWC) representing EPSU has faced repeated anti-union actions from ORPEA, including dismissal threats and criminal investigations. ORPEA lost all court cases and the EWC president was awarded €15,000 in damages on 22 March. They were not informed or consulted of this agreement to ‘improve social dialogue’. The company has a track record that cannot be whitewashed.

ORPEA has signed many human rights and corporate governance principles, including the UN Global Compact. These ‘tick-box exercises’ did not stop the company from going after trade unionists. The new global agreement represents another ‘tick’ needed to respond to the demands of investors and show change in the wake of the ‘Les Fossoyeurs’ scandal.

The company is in the public eye in France and elsewhere for exploiting workers and residents. French inspections into its finance and social affairs showed abuse of public funds. French unions CGT and CFDT with CICTAR revealed that the company is using a complex web of subsidiaries to manage its finances, including investments in Luxembourg that were not previously revealed.

As the voice of workers in the care sector, EPSU is committed to fighting for quality care, better pay and improved working conditions in ORPEA.

Press Communication (3 April) The agreement is believed to be the first exclusively New Member States European Works Council and will have representatives from Bulgaria, Czech Republic, Poland and Romania
Company policy and EWCs
Mar. 03, 2022

Workers will stand up to the Orpea Group in a demo this International Women’s Day.
Company policy and EWCs
Health
Social Services
Feb. 18, 2022