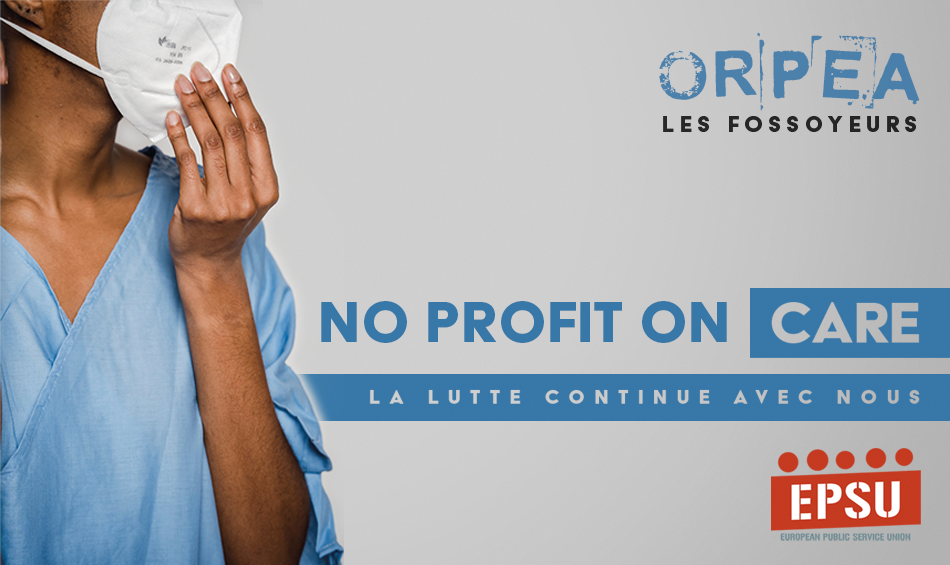 (18 February 2022) Workers in Orpea facilities say that management failure and cost-cutting is impacting workers across Europe at an EPSU meeting – and that France is not an isolated case.

The Orpea group has been under fire since the publication of an exposé in late January 2022. It exposed the dark realities of Europe’s growing for-profit care sector. The book Les Fossoyeurs of the journalist Victor Castanet detailed the consequences of the group’s cost-cutting and mismanagement, from elder abuse to workers’ rights violations.

While the exposé focused its lens on the French long-term care system, these can be seen across Europe. EPSU affiliate’s representing members working from Orpea gathered again on Thursday, 17 February 2020 to exchange views on the ongoing situation and coordinate responses. As one of Europe’s leading for-profit long-term care providers, the Orpea management practices detailed in the exposé – such as rationing key supplies, recurrent staff shortages and systemic abuse of short-term contracts – can be seen throughout Europe.

EPSU affiliates also shared their troubling experiences with Orpea’s industrial relations culture. One clear example is the  Chair of Orpea German subsidiary Residenz-Gruppe’s works council and of the European Works Council (EWC), who is standing up in court for her workers’ and trade union rights. The company is trying to dismiss our colleague. The courts have repeatedly rejected such attempts, but the company is continuing to pursue legal action. EPSU and the unions call on Residenz-Gruppe (Orpea) to end their legal action. The unions stand in solidarity with our colleague

French affiliate CGT-Santé Action Social also called for solidarity ahead of a forthcoming action against Orpea. Recognising that over 90% of workers in French care homes are women, the union will mark International Women’s Day on Tuesday, 8 March by gathering in front of Orpea’s head office in Paris, joined by EPSU and other unions. We demand change in the company’s policies.

The shared experiences of Orpea workers show that the company’s management failures do not just extend to France – and that any investigation like those of the French government’s inspections should extend across Europe. The system of commercialised care has long been criticised by unions, residents and EPSU. The Orpea scandal is finally exposing the consequences of a system that seeks to make profit from workers and residents.

EPSU will continue to show solidarity with Orpea workers in France and other countries. We demand urgent changes from Orpea, including an improvement of pay and conditions and measures to address staff shortages, workloads, and stress. The company needs to end its system of using excessive fixed term contracts. It is urgent that trade union repression and violation of trade union rights are addressed by opening discussions with the representative sectoral trade unions.

EPSU is the recognised voice of health and other care workers in the Europe. The unions agreed at the 17 February meeting to continue working to address the growing trend of commercialisation of care services. Workers want to provide quality care to residents and others in long-term care. Making profits on the backs of workers, which are 90% women in elderly care, and residents is not the way forward. The forthcoming European Care Strategy should address the concerns of workers and residents, not those of multinational companies.

For the campaign materials

Workers will stand up to the Orpea Group in a demo this International Women’s Day.
Company policy and EWCs
Health
Social Services
May. 18, 2022 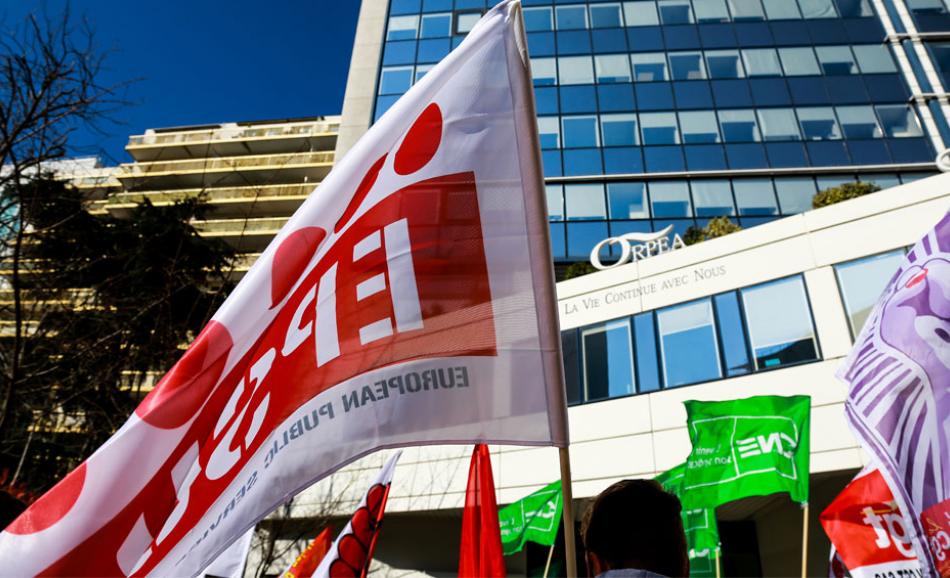 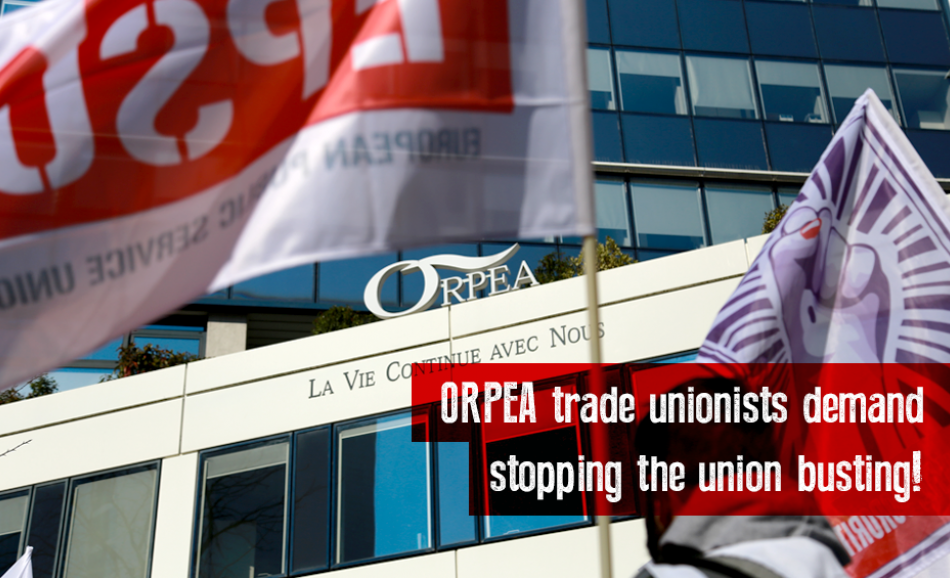 EPSU and affiliates have a long and strenuous history with Europe’s largest care company, ORPEA.
Company policy and EWCs
Health