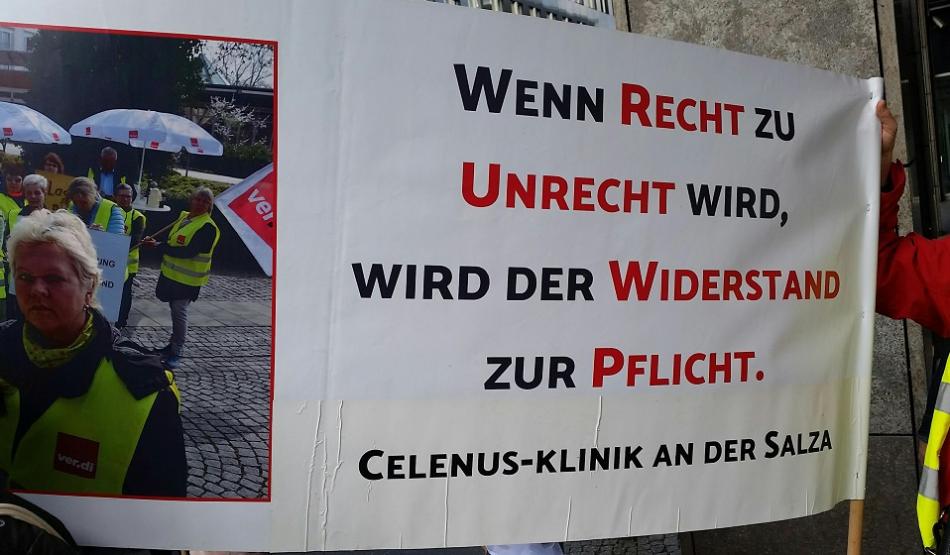 The German labour court of Nordhausen cancelled the decision of management of Celenus to dismiss 2 trade union delegates. The unionists were involved in organizing a strike action in a Celenus clinic, part of the French multinational company ORPEA. The strike was to get management to discuss and negotiate a collective agreement with the workers and their union Ver.di. Rather than negotiating management dismissed the concerned workers. It does not want to pay fair wages to its workers. For months these courageous women kept up the action. The Court has now ruled management acted unlawfully.  Our colleagues have to be paid full wages. Ver.di thanks the union colleagues from other countries for their solidarity. It is important to show the workers are not standing alone. The union makes us stronger. Multinational companies making enormous profits in elderly or other care, that refuse to negotiate and conclude collective agreements and which do not respect the rights of their workers do not have a place in our sector. Verdi will continue its struggle for a fair deal and for a collective agreement. And we will continue our support. The EPSU President and General Secretary were present at an action on 28 September in Berlin to support the striking workers.

For the Verdi Press release

(2 May 2011) The EPSU Central Eastern European constituency was informed of the dismissal of a trade union representative in EPGC, the subsidiary of Italian energy company A2A in Montenegro
Energy
Aug. 16, 2018 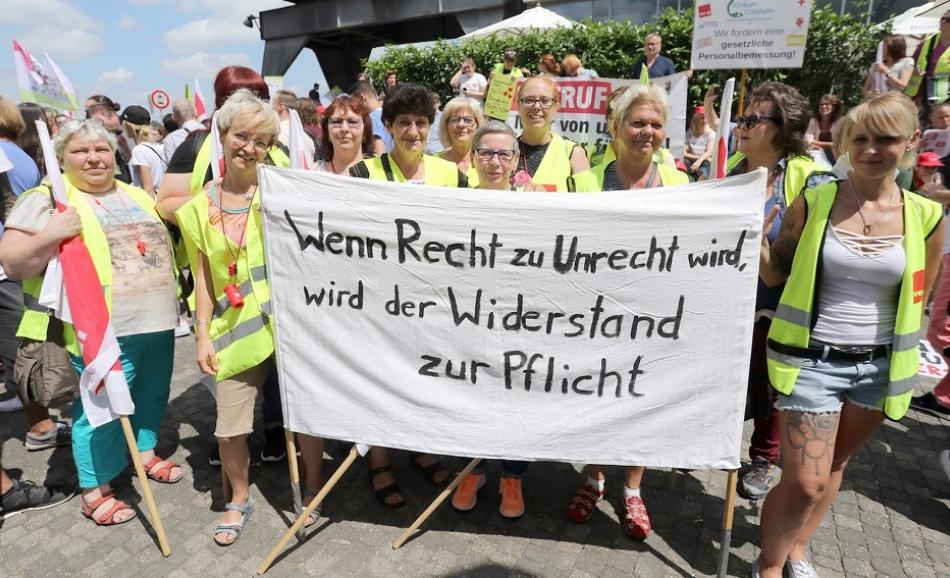 The French multinational company ORPEA specialising in elderly care, psychiatry, rehabilitation, home care and other assistance to dependent people is massively violating trade union rights of workers in the clinics of Celenus, one of its subsidiaries in Germany.
Health
Social Services
Solidarity
Union Rights
Mar. 23, 2022 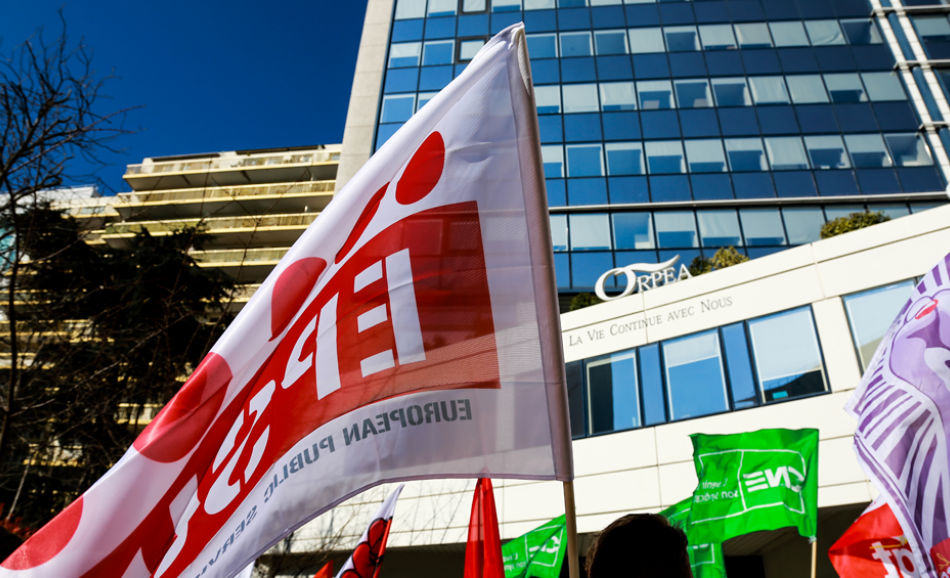 (Press Release) The Bremen Bremerhaven labour court yesterday found that a German subsidiary of the Orpea Group subjected the chair of their works council to a sustained campaign of anti-union ‘bullying’ over the past year.
Company policy and EWCs
Health
Social Services
Solidarity