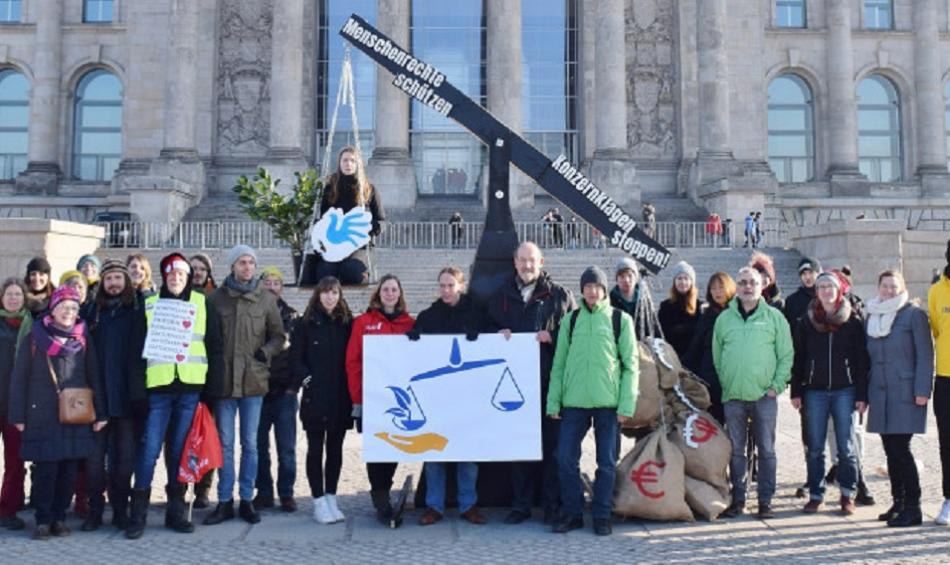 (9 December 2019) An obscure investment treaty, the Energy Charter Treaty (ECT), could undermine the goals of Europe’s Green Deal, unless it is fundamentally revised in negotiations that trail its annual conference this week in Brussels, over 250 civil society organisations and trade unions warn.

Campaigners are demanding an end to protection of fossil fuels and scrapping of investor rights in the treaty. They warn EU efforts to tackle the climate emergency under the European Green Deal, which is set to be unveiled by EU President von der Leyen on Wednesday (11 December), will be undermined if the treaty is not ‘climate proofed’ – brought in line with the Paris Climate Agreement.

Failure to fundamentally reform the treaty must result in its member states withdrawing from it, the civil society letter published demands.

“The Energy Charter Treaty is totally outdated, it’s a boon to dirty fossil fuel companies. As soon as people hear about this obscure pact undermining the public interest and the fight against climate change, they will be outraged. Either the EU and member states fundamentally revise it, or pull out.”

260 civil society organisations and trade unions from Europe and worldwide, including Friends of the Earth Europe, Corporate Europe Observatory, the European Public Service Union, and the Transnational Institute, warn that the ECT is incompatible with the Paris Climate Agreement, Just Transition policies, and the expected European Green Deal, because it is used by large fossil and nuclear energy companies to lock-in their investments and challenge national government decisions to phase out dirty energy.

The ECT contains measures to protect energy investments even where they contradict climate goals. And it has an Investor State Dispute Settlement (ISDS) mechanism that allows foreign investors in the energy sector to directly sue governments outside of existing courts, in secretive international tribunals, claiming up to billions in compensation if their (future) profits are affected.

Commenting on the Uniper case, Freek Bersch, campaigner for Milieudefensie / Friends of the Earth Netherlands said:

"The Energy Charter Treaty is partly responsible for slowing down the Dutch coal phase out. The law that will be approved tomorrow by the Dutch senate delays the coal exit until 2030, out of fear of high claims like from Uniper.”

Campaigners fear a flood of new ECT lawsuits in the future, as countries increasingly develop plans for climate neutrality and a clean energy transition. They also demand a break on expanding the ECT to new countries. The secretariat of the ECT is engaged in strong efforts to expand its membership, especially with African countries.

Modernisation of the ECT, with negotiations beginning this week, are however unlikely to bring the treaty in line with necessary climate policies. Scrapping protection for fossil fuels is not on the agenda, while no ECT member state wants to end VIP rights for investors to challenge government decisions. Moreover, any change will have to be approved unanimously by all member states, many of whom are coal, oil and gas exporters.

“The rules for the energy sector need to be rewritten. People and planet have to come before profits. Public investment and ownership can lead the way towards climate justice for our communities and a just transition for all workers concerned. The treaty revision must reflect this.”

Update (18 December 2020): Hundreds of scientists and climate leaders, including former European Commissioner for Climate Action Connie Hedegaard and economist Thomas Piketty have joined our call to disband the Treaty.   The Treaty hampers the efforts of the EU and other signatory partners to move quickly to net zero emissions in 2050. The EU could be trapped for 20 years. What is the problem:  The treaty allows private companies to sue governments for damages if the value or future profits of private investments is hurt by new legislation. Those suits are heard in private arbitration hearings, not public courts.  EPSU objects to such Investment State Dispute Settlement procedures.

Challenging consensus on the use of market-based solutionsto fight climate breakdown. The European Federation of Public Service Unions (EPSU) welcomes the Green Deal proposed by the European Commission as a holistic response to the climate emergency.
Energy
Environment/Climate Change
Feb. 24, 2020

The Green Deal and the various policies to implement it, was the main topic of a discussion between representatives of Dutch union FNV and Diederik Samson.
Environment/Climate Change
Dec. 03, 2019 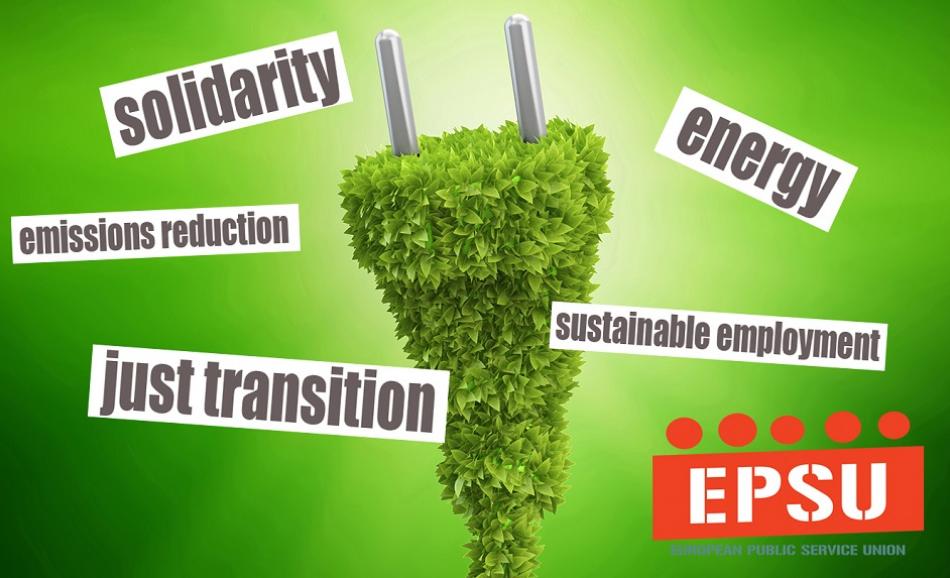