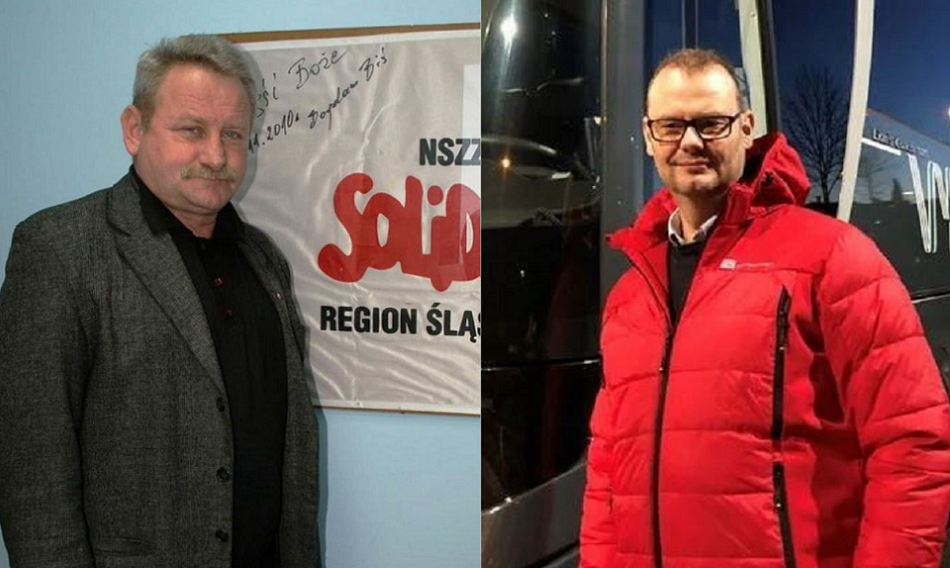 (30 June 2021) Poor treatment of employees, outdated equipment and low quality of services – outsourcing and privatisation of municipal services has similar negative effects whether it takes place in Poland or Norway.

“Putting municipal services on the market for competitive tendering has several disadvantages,” says Andrzej Dudzik. He is the main shop steward of the Polish trade union Solidarność, which is part of the public sector secretariat of Solidarność, in the municipality of Jaworzno.

Dudzik has worked in the municipality’s section for waste disposal, water and sewage for almost 30 years. Twenty years ago, the municipality decided to expose its waste management to competitive tendering. The employees paid the highest price for that decision, according to Dudzik.

“The private companies that took over the waste management broke health and safety rules, did not follow other working life standards and very often paid the employees the minimum wage,” Dudzik explains. In addition, equipment and vehicles were in poor condition, according to the union veteran.

For the past ten years, Dudzik has spent all his time on union work as a shop steward. His responsibility lies first and foremost with the 210 members in the water and sewerage section, but Dudzik also has other responsibilities at the regional Solidarność branch.

In February 2021, Dudzik participated in a seminar as part of the EEA Norway Grants Programme on social dialogue and decent work, in which Solidarność and the Norwegian Union of Municipal and General Employees participate (see fact box below). During the seminar Dudzik shared his experience of taking back public services with other Polish and Norwegian union colleagues, as well as other social partner representatives, such as the employer associations Association of Polish Cities and the Norwegian Association of Local and Regional Authorities (KS).

When Jaworzno re-municipalised its waste management in October 2020, it was after 20 years of mobilization by trade unions against the hefty competition created by private waste management companies.

The “competitive” part of the tendering is misleading, according to Dudzik:

“Instead of actual competition on the market, monopolies arose that drove prices up.”

Following the decision to de-privatize, the city entrusted the municipal water company Wodociągi Jaworzno with the waste management. When the municipality took over the services, around 80 workers, who had previously worked in the private companies, became public servants. With that change came a collective agreement, permanent work and good social arrangements. In addition, they now have access to modern equipment, specially designed to collect various types of waste.

“About half of the 80 workers have so far chosen to become members of Solidarność,” says Dudzik.

Anders Kollmar-Dæhlin, Head of Fagforbundet’s county divison of Transport and Technical services, nods with acknowledgement when hearing about Dudzik’s experiences. Kollmar-Dæhlin was leading the work when more than 120 municipalities took back waste collection into public hands when the private company, RenoNorden, went bankrupt in 2017.

Employees in commercial waste companies have poorer working conditions than most workers, according to Kollmar-Dæhlin. “Several employees in RenoNorden had up to 90 hours a week,” Kollmar-Dæhlin says.

In the municipalities that have taken back the renovation, safer conditions for the employees and better services are reported. The same applies to Jaworzno in Poland. There, inhabitants have reported that the quality of the services has improved, without the fees for collecting waste having increased. There are around 87,000 people living in Jaworzno.

Six months before the RenoNorden bankruptcy, Oslo went through a winter of chaos with its waste. Oslo municipality took over the services from private company, Veireno. This not only meant decent pay and pensions for the employees, who became public servants, but also access to necessary protective equipment such as gloves and shoes.

Another major advantage of remunicipalisation of waste collection in Jaworzno is that all vehicles owned by the municipality are run on natural gas. “This reduces emissions and improves the air quality for the inhabitants of the municipality,” says Dudzik.

Back in Norway, the environment is a significant argument for Kollmar-Dæhlin in his next project: getting public bus transport off the market and into county control.

“Competitive tendering of public, local transport results in poor resource utilization. After a normal tender period, the buses are scrapped even though they have only been used for two-thirds of their lifespan. When in control of the public transport services, the county will own the buses and can plan long-term with gradual renewal of its bus fleet, along with the technological development. It is better for the economy and the environment,” says Kollmar-Dæhlin.

Both Kollmar-Dæhlin and Dudzik emphasize that social dialogue with the administration in the municipality and county, and cooperation with local politicians is key to getting services back into public hands.

“The politicians in Jaworzno got the idea to take back the services from discussions with the union. We went through the advantages and disadvantages of a remunicipalisation together with them, says Dudzik.

Social dialogue is an essential part of the working method for unions in Norway as well, according to Kollmar-Dæhlin.

“It is our job to convince politicians and administration that public services are best run when they are controlled by the public,” he concludes.

Solidarność and Fagforbundet participate in the Norway Grants program, social dialogue and decent work, which is based on the exchange of experience and cooperation between the social partners in the participating countries.

The objective of the programme is strengthened tripartite cooperation between employer organisations, trade unions and public authorities and the promotion of decent work, in close cooperation with Norwegian partners. The Programme supports social dialogue and contributes to improved decent work practices. The program is administered by Innovation Norway. The EEA and Norway Grants are funded jointly by Iceland, Liechtenstein and Norway.

Fagforbundet is the main Norwegian partner in five projects in the EEA Norway Grants program. In addition to the collaboration with Solidarność, Fagforbundet is partner to another Polish union, FZZPOZIPS, as well as Tufemi in Bulgaria, Rotal in Estonia and NPPSS in Lithuania. In Norway, KS is Fagforbundet’s social partner on the employer side in all the projects.

Union gets clear message on pay from 1200 shop stewards

The FOA trade union has sent a wake-up call to politicians from all sides about the need to address pay in the welfare sector. The union brought together 1200 of its shop stewards from across the country in a two-day conference to discuss pay in health, social care and other services and to really gauge the feeling at the workplace. The message from the conference was a mounting concern that society does not recognise the value of welfare work. FOA warns of increasing frustration and discontent among workers if action is not taken. It is already extremely difficult to recruit workers to the

Remunicipalisation of water: It works – putting water back in public hands – experience of Buenos Aires and Paris

(7 March 2013) Many unions, water activists and others are working to bring back the water system in public hands. The experience with privatised water services is not good as
Water
Jun. 02, 2011