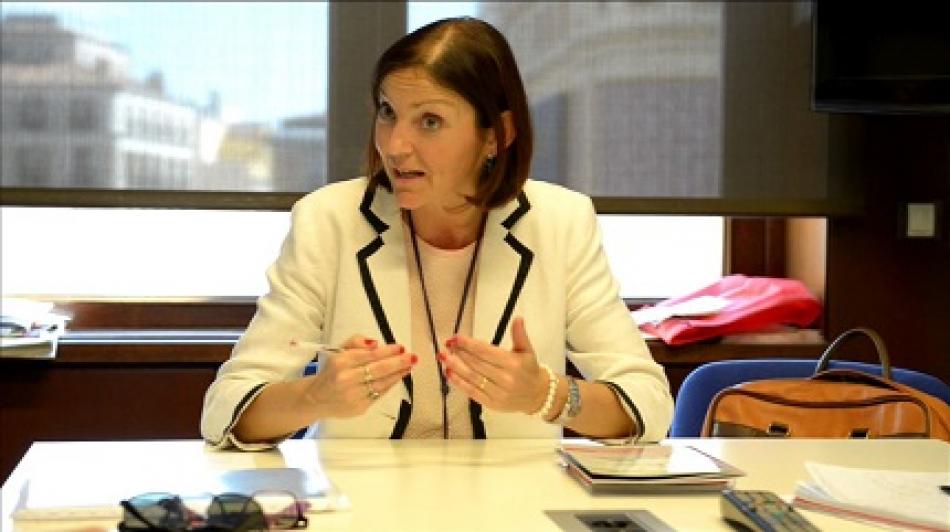 1st June 2015
In the past week the European Public Service Unions communicators network met in Madrid but for a different type of event. We usually do meetings where we discuss about how to communicate, this time we wanted to do it differently.

We focus on the video and the audio and reporting from the workplace or from the ground. We discussed and interviewed workers, representatives, trade union officials, activists, citizens and politicians. A first teaser of what is to come, you can see below.

We also discussed with two elected representatives to the Madrid Autonomous Parliament, one from the Socialist Party (PSOE), Reyes Maroto, and another one from PODEMOS, Miguel Ongil (see photos). They expressed their views and concerns about privatization and public services and it was useful to allow trade unions from across Europe to understand the changes taken place in Spain.

EPSU and the ETUC have underlined the importance of keeping the main focus of working time legislation on health and safety and the impact of long working hours. The European Commission has issued a communication on working time with a series of questions for trade unions and employers about the impact and effectiveness of the Working Time Directive. EPSU supports the ETUC in its call for the Commission to officially publish its implementation report and its argument that the Commission has failed to take action following key European Court Judgements on working time. [Read more at > EPSU (EN)