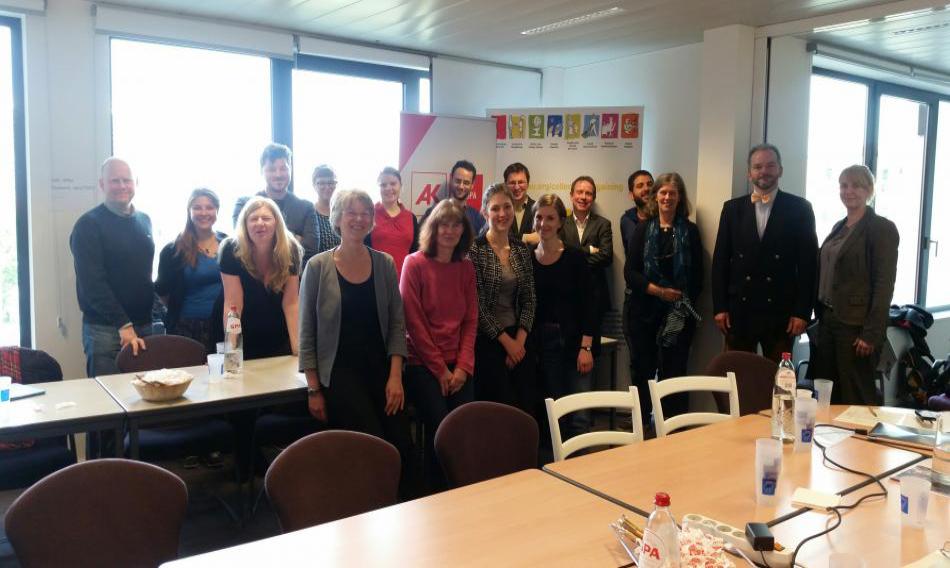 On 21 April 2016 EPSU and AK EUROPA organised in Brussels an exchange with Professor Markus Krajewski on his new study “Model clauses for the exclusion of public services from trade and investment agreements”.

The impact of international trade agreements on public services has been a controversial subject for several years. In the current debate concerns about reliable safeguards for public services are more vocal because of the extended scope and disciplines of so called “new generation agreements” such as CETA, TTIP and TiSA. In general, the obligations of trade agreements limit the ability of governments to choose freely between different regulatory instruments and techniques for the organisation and provision of services, which are considered to be essential for the general public. While the “TiSA” negotiations are directly addressing the unfinished agenda of the stalled WTO (GATS), CETA and TTIP imply at least one additional challenge, namely investment protection that poses also specific risks to public services. Any discussion on protecting  public services had to  include  ICS/ISDS and investment protection.

These elements give rise to a number of problems. First, regarding the definitions of the terms. All too often there are hybrid forms of financing. Sometimes services are partly financed by the state and partly by consumers. How would you define that? Also, the ”public utilities” clause is unclear and narrow. The main issue, Krajewski said, is the topic, that public services protection is limited to trade and investment. Former public services protection in EU-FTAs was based on less expansive trade disciplines, so there is a lack of experience concerning so called “next generation” agreements. Accordingly, given pieces of exemptions do not cover chapters like investment protection or fails to meet the challenges of enhanced liberalisation techniques (for example due to scheduling mistakes).

“The tide is coming”
The European Commission argues, that  20 years of protection have  worked, but actually this argument misses the point. Krajewski compared the given status of GATS-based exemptions (which was concluded in the 1990s) with a sandcastle. However, you have to care about the ebb and the flow. Times are changing, the interests in the world are changing. Former trade policy was less focused on regulatory measures and mainly dealt with public service markets in so called developing countries. Now countries, which are as developed as we are and host public service providers with offensive export interests are part of a much broader agenda, for example. “So what if the tide is coming?“, Krajewski questioned a lean-back attitude

Getting beyond “symbolic proclamations”
Core elements of model clauses should be:

What are public services? The understanding of public services is dynamic
Krajewski presented the example of “education“.  During the time when he was young, childcare for your children meant only  play. Now we childcare as part of education. Thus, there is a difference concerning the term and consequently we have to care about context and changes.  Furthermore, it should be up to local and regional authorities to define their public services, Krajewski pointed out.

Krajewski also responded to potential critique that his  proposals would lead to the unilateral determination of the scope of international agreements and a potential deviation from existing GATS commitments.   He also added  that an alternative  less ambitious proposal could limit itself to the exclusion of public services from ISDS/ICS and a reference to public services in the general exception clause.  In either case a broad approach to public services is needed, including  energy and other network industries.

How to persuade politicians and citizens  that a gold standard is needed?
In the conclusion Krajewski  pointed out that “We should not wait for the tide to come in.  We have to work on the protection of public services in a reflective and consistent way.”

The joint workshop of AK EUROPA and EPSU, as well as the discussed study of Markus Krajewski are steps  in this direction. Thus the challenge remains to meet the criteria for reliable safeguard for public services and to take into account the dynamic nature of public services among different social contexts. This endeavour has to be rooted on the rationale that next generation agreements like TiSA, TTIP or CETA “need to preserve more policy space for governmental regulations and activities in the public interest”, as outlined in this timely study.

Below the study of Markus Krajewski, the report of the meeting and the PowerPoint presentation from professor Krajewski

Markus Beyrer, the Director General of BusinessEurope, was writing to members of the European Parliament to get them to oppose the exclusion of public services from the TTIP trade agreement.
Trade
Jan. 14, 2015

More than 100 trade unionists from public sector unions from over 25 European countries will gather in Vienna to discuss TTIP, CETA and TISA in Vienna on 15-16 January 2015.
Trade
Dec. 13, 2012

The week before an important vote in the European Parliament on public procurement, EPSU’s study provides timely insight into the importance of pay and other social clauses in public contracts
Procurement