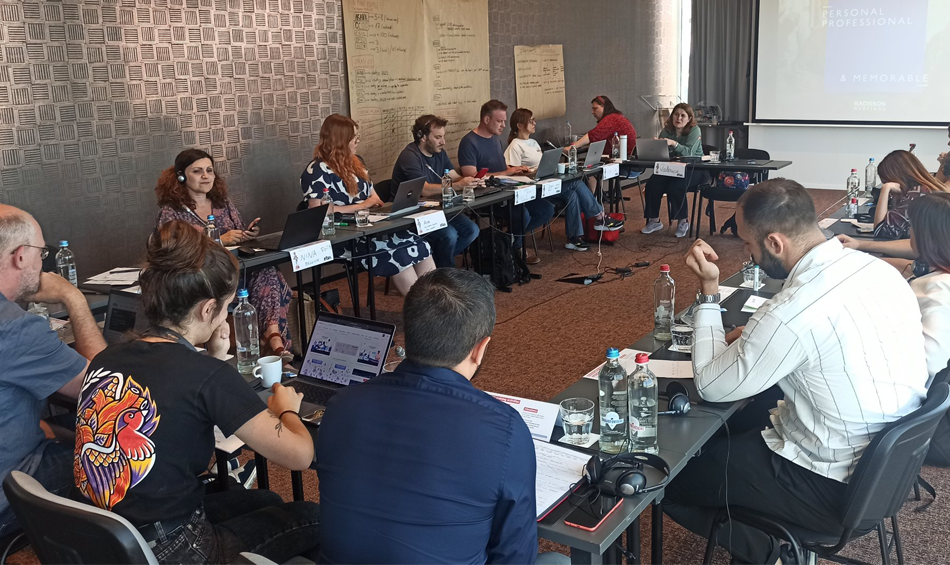 (29 June 2022) EPSU has attended a series of events examining how unions can address the growing issues of racism, discrimination and the far-right.

In May 2022 EPSU attended a conference on how companies and unions can tackle racism and discrimination in the workplace. The event was organised by the German Trade Union Confederation (Deutscher Gewerkschaftsbund) and addressed the findings of a two-year study on the influence of far-right parties within companies and the role of trade unions in the fight against far-right ideology.

The project was led by Seongcheol Kim, researcher at Kassel University, and conducted in cooperation with trade unions in six countries: ACV/CSC in Belgium, CGT in France, DGB/IGM in Germany, MASZSZ in Hungary, Cgil in Italy and OPZZ in Poland. It consists of a comparative study of far-right strategies at the workplace in Europe, examining not only the messaging strategies of far-right parties on labour issues but also the organising strategies of the far-right as well as the response strategies of trade unions.

Unionists from all six countries were present at the conference. During the conference the author presented different openings in which far-right can enter the workplace and how trade unions could adequately address these situations. Unions present were able to share their experiences and best practices with the audience.

On 14 - 16 June EPSU’s communication team participated in an ETUI training on communication strategies to combat the far-right. Communicators from different trade unions and confederations such as CGIL (Italy), FGTB (Belgium), CC.OO (Spain) and Akava (Finland) took part in the training. The training provided an opportunity for participants to share their experiences in the fight against the far-right narrative and to listen to the examples at the European level. Julian Scola, the head of the ETUC Press and Communication department made a presentation and highlighted the importance of the data in the struggle with the far-right. Scola also briefly introduced the online digital trade unionism platform Action-Europe, which will be launched at the end of June.

This report by the EIRO industrial relations observatory examines trends in trade union membership across Europe and provides an overview of some of the initiatives to try to increase recruitment
Recruitment & organising
Feb. 09, 2017

How to build union power was the overall topics of a course on organizing and modernization of unions of the Russian Health Workers Trade Union.
Recruitment & organising
Dec. 19, 2008
022 [email protected] December 2008

The eight public service federations have reaffirmed their commitment ot fighting discrimination and working for equality and have welcomed the signing of a charter by the government and HALDE, the authority for combating discrimination and promoting equality. However, the unions are disappointed that they were not consulted over the charter and also that it refers to only one public sector council rather than all three councils that preside over the three pillars of the public sector – the ministries, local and regional government and the health service. [Read more at > CFDT (FR)->http://www