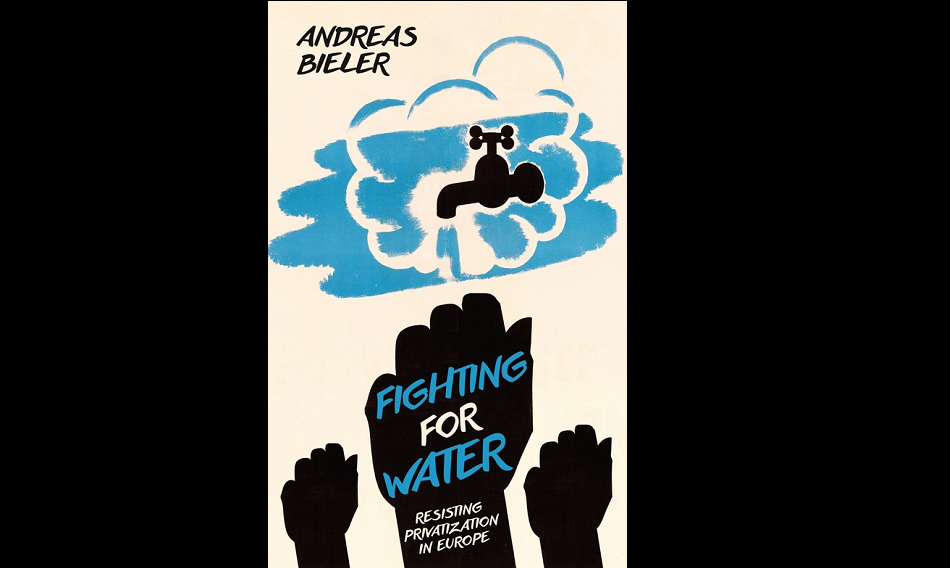 (17 June 2021) In the wake of the global financial crisis, neoliberal restructuring has continued unabated across Europe, with the privatisation of public services a key element of both national austerity policies, and European Union (EU) – level economic governance structures. This has also included water privatization before and in response to the global financial and closely related Eurozone crises. In Greece, Ireland and Portugal, for example, the Eurozone crisis has been used for the imposition of water privatisation in exchange for bailout agreements. And yet, in Europe too water is the area where resistance against capitalist exploitation has been most successful. The book Fighting for Water: Resisting Privatization in Europe (Zed Books/Bloomsbury, 2021) by Andreas Bieler is about successful struggles against water privatization in Europe based on broad social alliances of trade unions, social movements, environmental NGOs and development groups.

When privatisation of water started in some towns in central Italy in the late 1990s and early 2000s, consumers were almost immediately hit by drastic increases in water charges of over 100 per cent. In response, resistance started to emerge around local water committees. When they encountered water activists from Latin America and other parts of the world at the first Alternative World Water Summit in Florence/Italy in 2003, Italian activists realised that their local struggles are part of a wider pattern. They moved towards establishing the Italian Forum of Water Movements at the national level in 2006 as the next step. The Forum provided the organisational basis for the successful mobilisation in the referendum on water privatization in 2011, when Italian citizens rejected water privatisation by a large majority. In turn, the success of the Italian water movement in the 2011 referendum encouraged the European Federation of Public Service Unions (EPSU) to organise the first European Citizens’ Initiative (ECI) ‘Water and Sanitation are a Human Right’ in 2012. Once the ECI had been approved by the European Commission on 10 May 2012, the collection of signatures started and between May 2012 and September 2013 close to 1.9 million signatures were collected across the EU and formally submitted to the Commission.

While following the hearing of the ECI outcome in the European Parliament (EP) via video link in 2014, water activists from the Greek city of Thessaloniki decided that they too would organise a referendum in their city in support of public water. The rejection of privatisation was overwhelming. On 18 May 2014, 98 per cent of participating citizens voted in favour of keeping water in public hands. Ireland came rather late to the struggles over water in the EU. During the ECI, for example, Ireland had not been one of those countries, in which the required number of signatures had been collected. It was only in 2014, when the Irish government established a national water company and started to roll out a programme of installing water meters – perceived by many as the first steps towards privatization – that activists mobilised. Large demonstrations, a non-payment campaign of water charges and civil disobedience in the active blocking of the installation of water meters proved to be a powerful set of strategies, which ultimately led to the suspension of water charges in 2016.

In short, through a detailed investigation of the Italian referendum on water privatisation in 2011, via the ECI on ‘Water and Sanitation are a Human Right’ in 2012 and 2013 to the ongoing struggles against water privatization in Greece as well as the fight against the introduction of water charges in Ireland between 2014 and 2016, this book analyses why water has been an area for successful resistance against intensified capitalist exploitation in Europe.

(13 June 2013) A combination of opposing privatisation and putting forward practical alternatives is helping water campaigners mount an effective challenge to austerity in Greece. Privatisation and the nature of
Water
Jan. 20, 2016

(20 January 2016) The European Parliament has supported the demands of the ECI Right2Water. The Commission continues to stall. It does not propose new legislation. Struggles at national level to
Water
Oct. 05, 2016