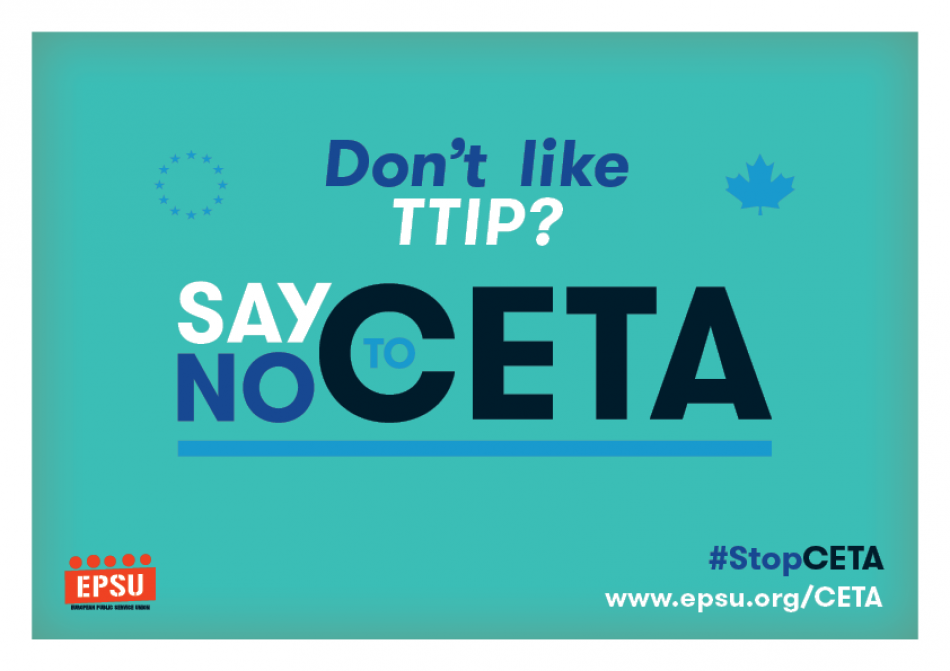 (14 September 2016) Unions and social movements are mobilizing to stop the trade agreement between the EU and Canada. CETA. And pressure to influence TTIP, the EU trade agreement with the US are successful now several countries have indicated they want to pause or stop these negotiations. It is important that we do not lose sight of TISA, the negotiations on a plurilateral agreement on Trade in Services. With so much of world trade now being in services it potential impact is very large. That was the message of Tanja Buzek, representative of Verdi to a group of German trade unionists.

EPSU’s General Secretary drew attention to the impact on public services of TISA. The express aim of the Agreement is to lock in existing levels of liberalization. It is a one way street to further open public services for competition. Some governments are pushing for patient mobility for example. With a chapter on domestic regulation public authorities have to proof that measures do not have a limiting effect on trade. These trade agreements of a new generation are no longer about tariffs and quotas for imports. Focusing on regulation they reach deep into democratic processes. They do not propose new rights for workers nor strengthen existing ones taking account of global trade. Behind these treaties are not workers and their unions. They are pushed by corporate lobbies. Our critical reading of such texts is justified and he pointed to the work of EPSU  and PSI  and others that have analysed the texts.

His comments were echoed by participants. They indicated their concerns regarding the limitations for local democracy if the trade agreement would refrain municipalities from developing new public services, for example in the domain of the circular economy.  Another colleague of Verdi explained the impact on the telecom and postal sector. The universal obligations enshrined in a treaty of the Global Postal Union (a UN linked organization) could be questioned for example.

Other speakers included the President of Verdi, a representative of Foodwatch, the Greens and of the Ministry of Economy. The group adopted a resolution on CETA addressed to a meeting of the German social democratic party, SPD. It is considering its position on CETA 19 September. The group asked the party to reject the Treaty. It does not meet with a number of red lines such as the clear and unambiguous exclusion of public services. It still contains a special international court for investors (Investor Court System).

The meeting was organized by the Foundation of the German Postal Trade Union (DPG) and the workers education group Arbeit und Leben, 12-13 September 2016, Berlin.

More than 100 trade unionists from public sector unions from over 25 European countries will gather in Vienna to discuss TTIP, CETA and TISA in Vienna on 15-16 January 2015.
Trade
Oct. 21, 2014 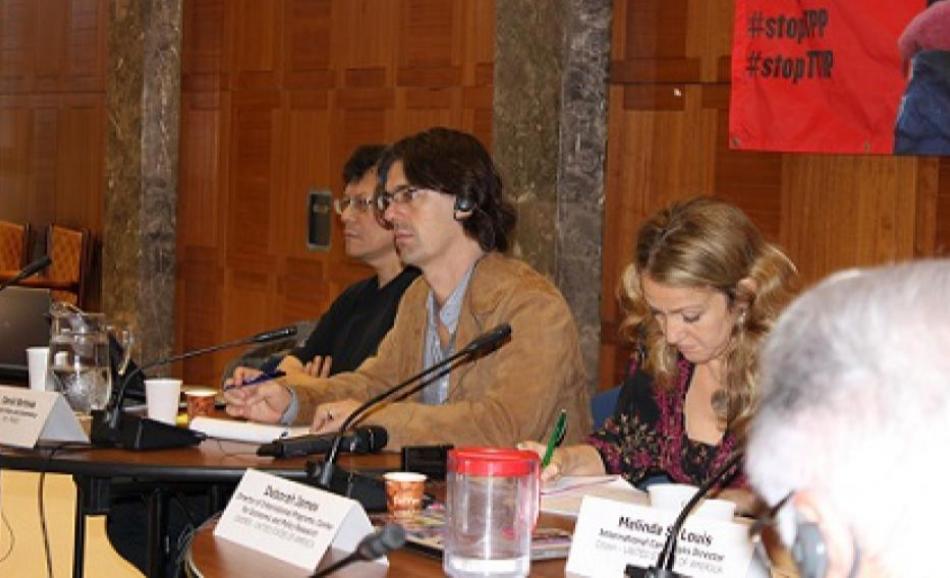 A new special Report about Trade has been published by PSI (EPSU’s international organisation). The Really Good Friends of Transnational Corporations Agreement shows the dangers of the upcoming TISA agreement.
Trade